The New York Hilton joined the Urban Beekeeping movement when they introduced 450,000 honeybees to their green rooftop. These honeybees produce up to 300 pounds of honey annually. 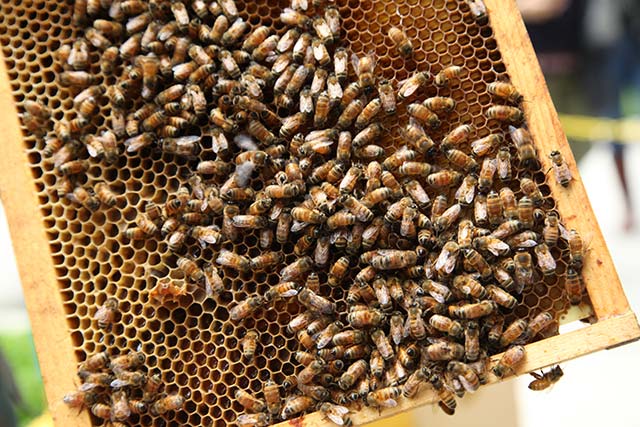 “Our commitment to urban beekeeping will now benefit both the ecosystem as well as our hotel guests who can experience the benefits of our newly welcomed beehives and embark on a one-of-a-kind stay near one of the world’s most famed parks.” said Diarmuid Dwyer, general manager, New York Hilton Midtown. “Our team is dedicated to supporting New York City’s honeybee population through this new venture.”

The Italian, Russian and Carniolan honeybee queens – one for each hive – have been named Shelby, Ruby, Phoebe, Suite B, Beatrice, and lastly Connie as a tribute to Hilton founder, Conrad Hilton. The honey that these bees produce with become part of newly-launched honey-infused cuisine, beauty, and specialty amenities all part of the line of Gold Bee products available online. 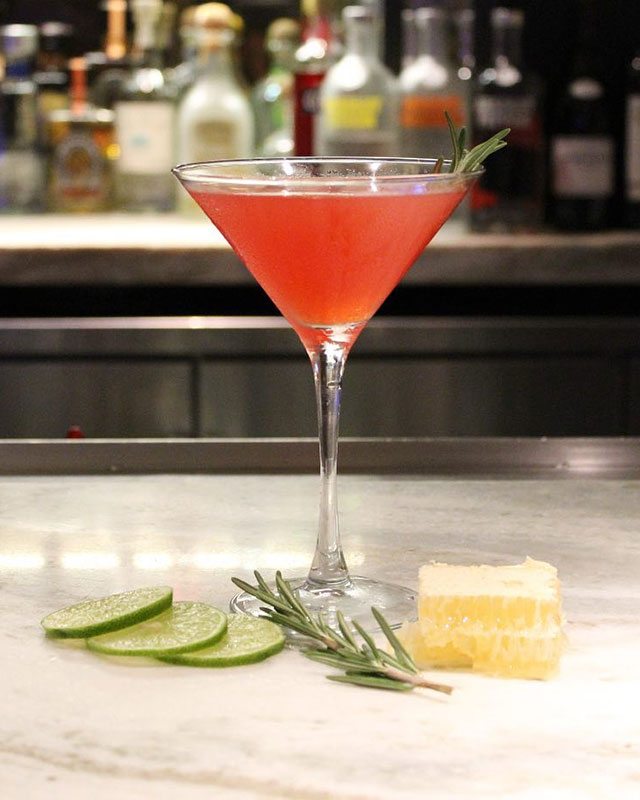 Mix Lime, Rosemary, Honey and ice with add one shot of vodka and cranberry juice. Shake, pour into a chilled martini glass and garnish with rosemary.

Honey-Kissed Cosmopolitan at Hilton Midtown2017-09-252020-04-15https://thirstymag.com/wp-content/uploads/2016/04/thirsty-nyc-logo-1.pngthirsty.https://thirstymag.com/wp-content/uploads/2017/09/honey-kissed-cosmopolitan-new-york-hilton-midtown_featured.jpg200px200px
About
Jessie Gibson
I am one of the co-founders of Thirsty. I shoot photos of cocktails and video. You can learn more about me at Jessie Gibson or connect with me on Instagram: @JessieGibson. 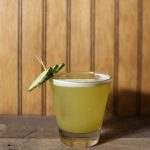 The Hole in the Cup at Bar ClacsonDrink This Now, Recipes 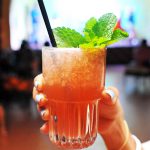