Honeybee’s is a new whiskey lounge in New York’s East Village that looks a little like someone plucked it straight out of the Wild West and dropped it, hooch and all, smack dab in the Big Apple at 95 Ave. A.

That’s not an exaggeration. Ravi Derossi, the New York cocktail impresario behind some of the city’s most renowned bars like Death & Co., along with Sother Teague officially launched Honeybee’s with a Bourbon and Rye lead bar program paired with a vegan BBQ menu, which tells you all you need to know about their plan here. The concept they were aiming for: A “sultry and sophisticated saloon,” paired with the informal, comforting nostalgia of down-home barbecue. 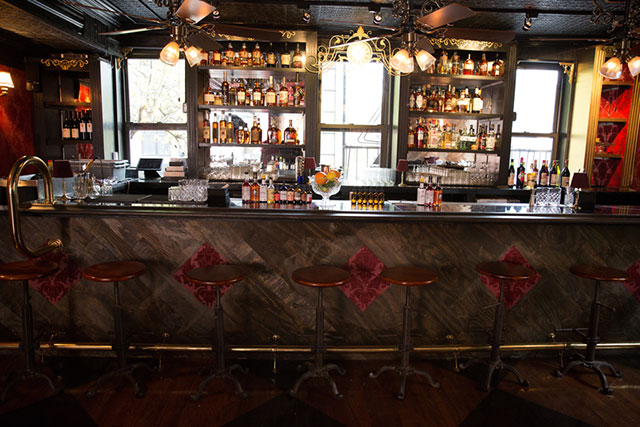 Welcome to one of the city’s newest and … more original new drinking establishments, let’s put it that way.

As we said, the beverage program leans heavily on Bourbon and Rye, but you’ll also find a full selection of classic cocktails as a complement to the all-vegan BBQ menu. Not a pairing that most drinkers will have seen coming, but you’ve got to hand it to them. Giving New Yorkers a Texas-style saloon that serves up whiskey and BBQ, accompanied by old-timey piano music to set the mood along with gold adornments throughout to add a touch of luxury – well, it’s obvious the team here clearly regards mundanity as the ultimate sin.

“If you drink your way through our selection, you’ll learn about the history of American whiskey – where it’s been, where it’s at, where it’s going,” Teague says. “You may also learn a little about yourself.”

Honeybee’s will offer a rotating selection of between 65 and 70 American whiskeys, with new labels added every month. Guests can also enjoy tequilas and mezcal, while the cocktail side things will be tilted heavily toward the classics. Drinks like Manhattans, Old Pals, Juleps and Sours, as well as some playful variations like Teague’s Salt Peanuts Whiskey, which is a playful mix of Overholt, peanut syrup, peanut bitters and salt. 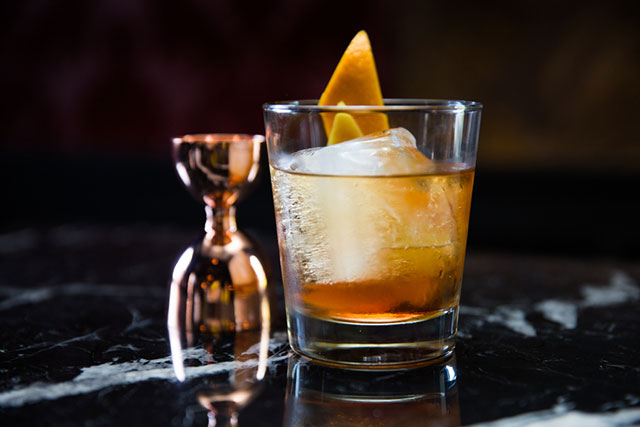 Elsewhere on the drinks front, Honeybee’s will use a traditional Toki Highball machine to offer drinks like the Jim Beam “Rye Ball,” mixing Jim Beam with perfectly chilled Seltzer. Beyond that, guests will also find beers plus a limited selection of other spirits, though the focus will be on spirits that channel the American Old West.

The 60-seat room evokes the aesthetic of the western frontier, like a watering hole tucked away in the badlands, with the furnishings dominated by reclaimed wood, plush red and black velvet and antique mirrors throughout. Even the fans above the tables are a throwback, all of which run on an antique brass pulley system.

And how’s this for a fun twist? Honeybee’s also decided to launch a special program to keep patrons of this anachronistic establishment coming back. It’s the bar’s Golden Cabinet program, and it’s exactly what the name implies. The whiskey is locked away in, you guessed it, a glistening gold cabinet. If you drink your way through the whole selection, a key to the case is bestowed upon you, along with a complimentary pour each time you come back. “Drink up” has certainly never been a more appropriate admonition than it is at such a delightfully uncool place as this.

East Village Now Open Where to Drink on LES Whiskey
It’s All About Whiskey at NYC’s Newly Opened Honeybee’s2019-06-272019-06-26https://thirstymag.com/wp-content/uploads/2016/04/thirsty-nyc-logo-1.pngthirsty.https://d2rf0detuhmti.cloudfront.net/wp-content/uploads/2019/06/honeybee-featured.jpg200px200px
About
Andy Meek 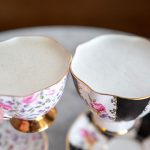 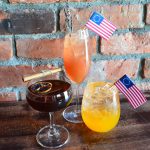 A Drunk History-Inspired Fourth of July Pop Up Bar Opens In L.A.Features