The loss of John Lermayer is still deeply felt by all those whom he touched and although he is sorely missed, his legacy lives on through his family, friends and fans.  I vividly recall John saying that the neon sign he custom ordered for his bar, Sweet Liberty, was way fucking bigger in size than he expected but he made it work.  That sign reads, “Pursue Happiness,” and is not only the philosophy of his beloved bar, it has become an ethos and a daily mantra for the industry over including those who knew John and those who feel like they did.

Last year, weeks after his passing, the city of Miami officially declared June 21st, John Lermayer Day.  In honor of John’s memory and his lust for life, Sweet Liberty along with pop-ups by some of their bar family will be celebrating on June 20th and 21st. If you are in the Miami area, we encourage everyone to head to Sweet Liberty for a toast in pursuit of happiness in John’s honor.  And may we suggest a glass (or heck, bottle) of Krug to celebrate.

Beginning at 7pm, Sweet Liberty will play host to a rotation of internationally beloved food and beverage hotspot pop-ups, that are flying down their top bartenders to take over Sweet Liberty’s bar for the evening. Welcoming: Café la Trova (MIAMI), Basik (NYC), Katana Kitten (NYC), Ghost Donkey (NYC), Spare Room (LA) Occidental (DENVER), and special guest DJ who was also a long time and dear friend of John, Chris Bostick. Then on Friday, June 21st, the celebration continues with LIVE performances by Brendan O’ Hara and The Swayzees, followed by late night tunes with Reid Waters.

best miami bars john lermayer sweet liberty
Pursue Happiness: Celebrate John Lermayer Day At Sweet Liberty With Bar Family Pop-Ups2019-06-202019-06-20https://thirstymag.com/wp-content/uploads/2016/04/thirsty-nyc-logo-1.pngthirsty.https://thirstymag.com/wp-content/uploads/2019/06/john-lermayer-day-1.jpg200px200px
About
Tara Fougner
Tara has a deep passion for all things in the drinks world, but does not care for writing bios. One might think that Tara was destined for beverage media as her great-grandfather, G. Selmer Fougner, is credited by David Wondrich as being "America's First Drinks Writer." The self-proclaimed "biggest bar superfan" of the Thirsty crew, Tara became a founding Partner of Thirsty after working in the beverage & hospitality industry for over 15 years. A lifelong New Yorker, you can usually find her hunkered down on some barstool around the world chatting up the bartender about their menu and endlessly taking pictures of drinks for the 'gram. 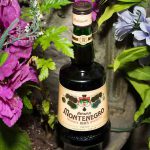 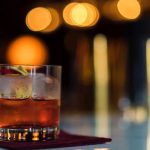