Kim Kardashian had a rare girls’ night out with her sister Kourtney Kardashian and Khloe Kardashian on Sunday – leaving behind infant daughter North and babydaddy Kanye West!

The reality family extraordinaire were first spotted at the Generation NXT Dream Foundation benefit at 1 OAK in New York City, where they playfully hung out and took photos, along with BFFs Jonathan Cheban and Simon Huck.

“Up in the club #NYCNights,” Kim posted on her Instagram, featuring photos of the group having fun together.

Later, the sisters left and headed to nearby hotspot, Tao Downtown, where the girls seemed “really happy” and were “holding hands, hugging and smiling a lot,” according to E! Online.

Kourtney and Khloe raged until after 2 a.m. while Kim left early to go meet up with fiance Kanye, who ThirstyNYC spotted having dinner at Village Italian joint Carbone earlier in the evening.

“Kanye was with a friend and in a great mood,” says the witness. He was drinking and laughing and talking to someone on the phone excitedly.”

The next day, Kourtney and Khloe were seen having lunch at Serafina in the Meatpacking District and later shopping, all while the cameras rolled for Keeping Up With the Kardashians. Natch. 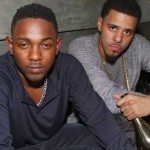 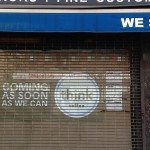 On The Move: Think Coffee opening a new location in ChelseaUncategorized