Back To Where It All Started at Waldorf Astoria Las Vegas

ICYMI, Waldorf Astoria Las Vegas officially opened this summer, with a brand new cocktail program for thirsty locals and visitors alike. Located in the former Mandarin Oriental, adjacent to the Aria, on the famed Las Vegas Strip, the no-casino Waldorf Astoria brings a special vibe to the city.

The impressive cocktail menu, Where It All Started, was concocted by William Perbellini, renowned barman and Mixologist at Skybar Lounge at Waldorf Astoria Las Vegas Hotel and Residences, and highlights the storied past of Las Vegas, taking guests back to notable moments in the city’s history including Prohibition, the building of the Boulder Dam and imfamous figures like Bugsy Siegel.

“Las Vegas has a vibrant and dynamic history that is unknown to most and what a great way to paint that picture for guests than through a cocktail menu,” Perbellini tells thirsty. “That’s why our cocktails are named after historic events such as the Prohibition and the Spanish Trail. When you first open the menu, you’re taken back to the origins of Vegas and as you progress through it, you get to know what events and people made Vegas what it is today. We’ve even included a Golden Knights drink as a tribute to their recent arrival. Every cocktail is carefully crafted to make sure every sip is extraordinary.” 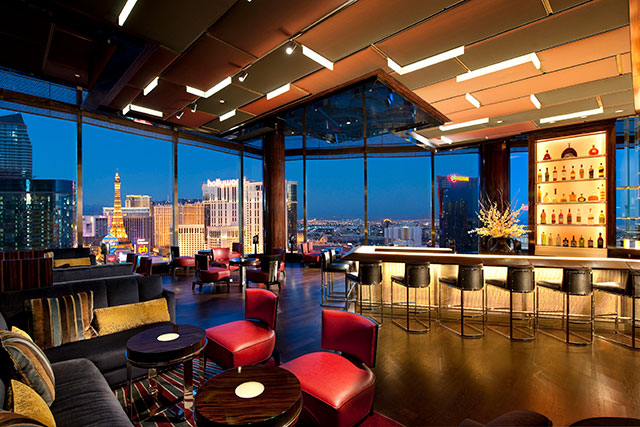 Designed by local caricature artist Neal Portnoy, the Waldorf Astoria’s Where It All Started menu is available at the hotel’s 23rd floor SkyBar and features a variety of creative cocktails. The Mojave, a nod to the original Las Vegas Valley with its abundant vegetation and water, is made up of Ancho chile liqueur, aloe spirit, and Seedlip Gargen and is Perbellini’s personal favorite. “[It’s] a Sotol-based cocktail that is served in a terracotta mug and expresses the flavors from the desert such as aloe, chile, lime and agave.”

And there’s a story behind every drink featured on the Where It All Started menu. “As each cocktail references a moment in Vegas’ history, the menu art depicts iconic personalities like Bugs Siegel and Vito Coreleone taking guests through the destination’s notable past,” says Perbellini. “Paired with our floor-to-ceiling views, your experience at Skybar will be unforgettable.

The Flamingo, concocted in honor of the Flamingo resort’s arrival to the Strip in 1946, is made with coconut water, single barrel rum with splashes of pineapple and passionfruit, with all the exotic flare of the 1950s and served in a Young Thai coconut, and the Spanish Trail, one of the country’s most arduous trade routes from Utah to Los Angeles with a stop in what is now Las Vegas, blends tequila, mandarin liqueur and fresh lime, with a blood orange foam and volcanic sea salt. 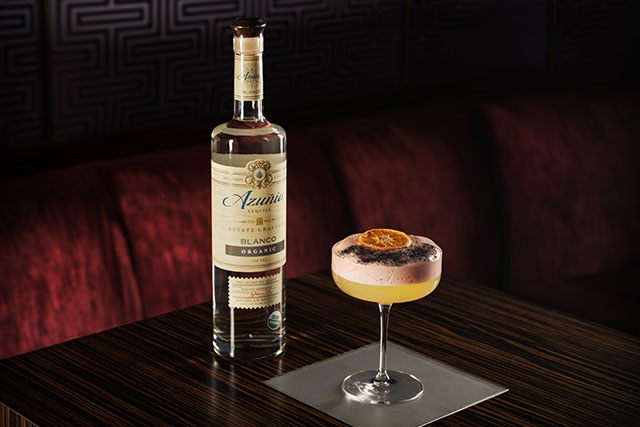 The Prohibition pays homage to the nationwide ban on alcoholic beverages from 1920 through 1933 (it was repealed in the state of Nevada six years before the federal ban was lifted), and is SkyBar’s most popular drink, according to Perbellini. “Our signature barrel-aged Old Fashioned is made with Whistlepig Rye 10yr, maple syrup, tawny port and aromatic bitters. The aroma of rye whiskey perfectly blends with the natural sweetness of maple syrup and the aromatic bitters and the port finishes dry and deep. Rye Whiskey has slowly been gaining popularity this past years as smaller distributors are supplying more the U.S.” 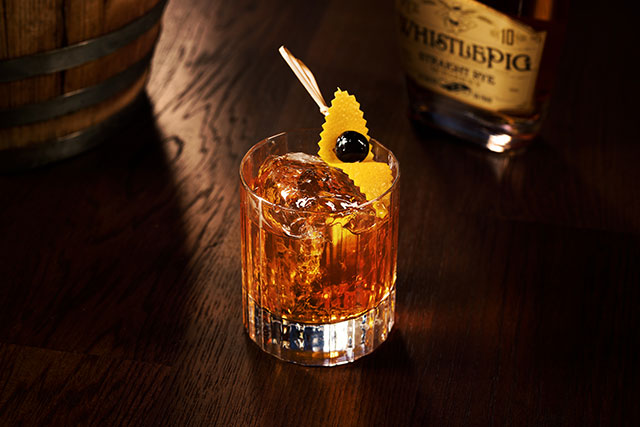 As for mixology trends popping up in Las Vegas and around the globe, Perbellini says, “The Las Vegas bar scene is always improving and it’s exciting to be a part of it. New trends I’m noticing are the presence of low abv cocktails in bar menus using Vermouth, Sherry, Port, and other fortified wine base products; the introduction of small batch spirits in menus; and the usage of the correct measurements and proper garnishes for each cocktail.”

Another, Perbellini continues “is the presence of excellent ice programs and the usage of bespoke glassware and vessels to deliver an elevated cocktail experience – at Skybar, we’ve implemented this in our Where It All Started bar program by utilizing unique glassware such as serving our Boulder Dam cocktail in a flask or the Mojave in a terracotta mug.”

What happens here…well, you know. 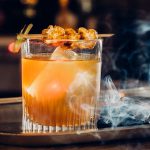 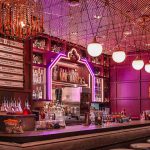