Puerto Ricans on the island will proudly boast that they have the longest Christmas season in the entire world. Being of Puerto Rican heritage, I certainly can attest to the fact that holiday lights and decor start going up not long after Halloween and deck the halls until after  Three Kings’ Day on January 6th.  If you are invited to a Boricua Christmas, there are a few things that are certain: you will eat pasteles, listen to José Feliciano’s timeless classic, “Feliz Navidad,” and you will certainly drink Coquito.

To those who may not be familiar, you can overgeneralize and say that Coquito is Puerto Rico’s equivalent to eggnog with a bit of that island sabor and much doper (yes, I might be biased, but it is). Although many proud Puerto Ricans have their own secret family recipe twists on this classic, it typically consists of coconut cream, sweetened condensed milk, evaporated milk, cinnamon, nutmeg and is spiked with generous portions of Puerto Rican rum. 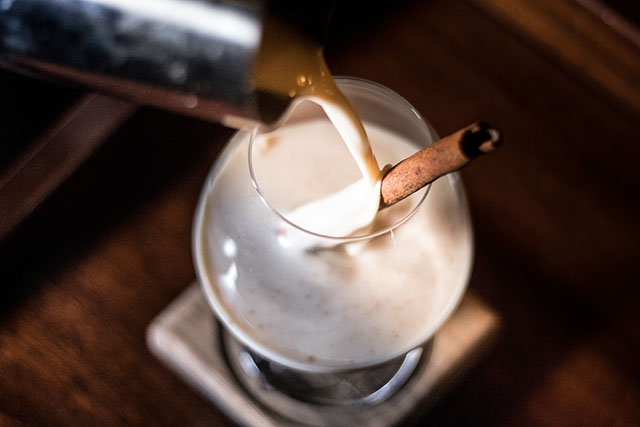 We recently got to explore La Isla del Encanto with our friends at Don Q Rum where they announced that they succeeded in launching the very first official National Coquito Day which will be celebrated annually on December 21st moving forward.

“Growing up in Puerto Rico, you have your first “sip” of Coquito at a family Christmas party,” says Don Q Director of Marketing, Yisell Muxo. “As like every self-respecting Puerto Rican, I have developed my own and every year we have a Coquito competition amongst my friends. I won first and second place the first year!”

Our friend, Roberto Berdecia (Co-Founder La Factoria), shares, “For me, as a Puerto Rican, Coquito is big part of the holidays. Holidays with0ut Coquito are like Santa without his red costume, like a Christmas tree without lights, like … you get the idea. Everyone has there own recipe passed down from generation to generation. And of course, everyone brags about their recipe because they are very proud of being part of their heritage.”

“I think that the Coquito embodies a lot of what the holiday season means to Puerto Ricans,” Muxo continues. “Each family has a different recipe (and some have several) and everyone makes it their own. Everyone is oh-so-proud of their Coquito recipe and mostly everyone has a secret ingredient.” My Uncle, Rene Ramos confided, “There is no such things as two Puerto Rican families having the exact same recipe, unless they copy one they find. My first memory of Coquito was with my grandfather (my great grandfather) who made the best that I have ever tried. He had a secret recipe that he divulged to me and I have kept it alive every since. I am not going to divulge the secret.” Maybe one day Rene will pass it over to me.

Plus, it makes for some serious bonding with loved ones.

“You spend time making it at home to share it with friends and family,” Muxo – who prefers her Coquito neat, very cold, served in a nice cordial glass, with some cinnamon sprinkled over it, using a combination of Don Q Cristal and Don Q Añejo – explains. “Besides being sweet, made with coconut and rum, it’s smell and taste transport you to Christmases past and bring back cherished memories”

Back to that “longest Christmas” and coquito season, Berdecia explains, “The production of Coquito starts around Thanksgiving and lasts until the second week of January. Because Puerto Rico has the longest Christmas season in the World. We have “Noche Buena” (Christmas Eve), Christmas, New Years Eve and New Year’s Day, “Vispera de los Tres Reyes Magos” (Three Kings Day Eve), “Dia de los Tres Reyes Magos” (Three Kings Day), “Octavitas” (16 days after the Three Kings Day) then we close it out with the famous “Fiestas de la Calle San Sebastian” the second weekend of January, one of the biggest festivals around the world. With more than 200,000 visitors throughout the weekend.”  That is a lot of time to enjoy Coquito!

Each Coquito experience is as unique and flavorful as the Puerto Rican people, you can be sure that at any given moment around the holidays that there is someone making, bottling or sharing their secret recipe. If you’ve never tried one, make sure you add it to your holiday to-do list.  Better yet, make a batch at home for Coquito Day! 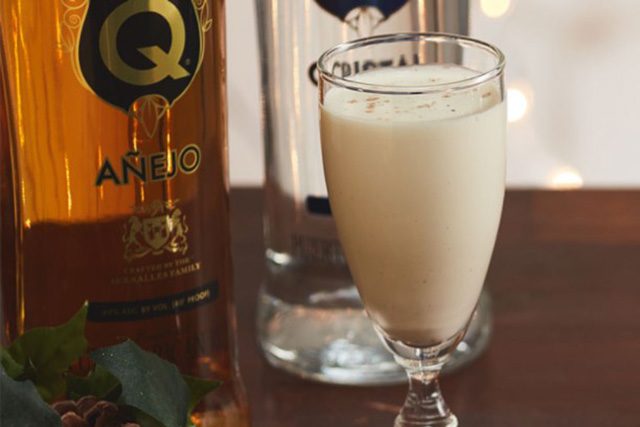 Bring everything (without rum) to boil then immediately take off heat. Cool down. Add rum. Strain out spices (Save cinnamon sticks). Run through a blender for at least 1.5 minutes. Bottle with used cinnamon sticks.

*NOTE: This recipe makes a large batch of about 6 Bottles for a group gathering or for bottling.

coquito Holiday Cocktails puerto rican rum puerto rico Rum
Let’s Toast a “WEPA” To National Coquito Day On December 21st With Puerto Rico’s Beloved Holiday Drink2018-12-202020-12-21https://thirstymag.com/wp-content/uploads/2016/04/thirsty-nyc-logo-1.pngthirsty.https://thirstymag.com/wp-content/uploads/2017/12/suffolk-coquito-feature.jpg200px200px
About
Tara Fougner
Co-Founder of thirsty, Tara Fougner has over over 15 years of industry experience and a passion for the global beverage community. One might think that Tara was destined for beverage media as her great-grandfather, G. Selmer Fougner, is credited by David Wondrich as being "America's First Drinks Writer." A lifelong New Yorker, you can usually find her hunkered down on some barstool around the world chatting up the bar crew about their beverage program and endlessly taking pictures of drinks for the 'gram. In 2020, Tara was honored by Drinks International on their 'Top 100 Most Influential In the World' List.

Festive Cocktails to Sip at The Lobby Bar in LondonBarstool Review, Features

In 2019, It’s All About Pantone Living Coral CocktailsFeatures