Words by the Organizers of “Liquid Love Letters”

“Our community is hurting right now. Over the last year, the rise of reported hate crimes against the AAPI community has increased 150%, primarily due to the negative stereotyping of Asian Americans during the early rise of COVID-19 cases. The Model Minority Myth, the perpetual foreigner stereotype, the hyper-sexualization and fetishization of the Asian race, and xenophobic fear-mongering are all narratives about the AAPI community that are penned through White Supremacy. Fighting against this violence begins with reclaiming our narrative and telling our own story. When society doesn’t hold space for us, we have to create it. Representation matters. Visibility matters. Our stories matter.

“Liquid Love Letters” is a cocktail fundraiser event highlighting 10 AAPI bartenders from the LA bartending community, each contributing an original cocktail available for purchase by donation. Now available for pre-order at Bear & Stone for pickup on April 10, every cocktail purchased raises money, but also reminds us that our story is important, and valued. The cocktail menu pays tribute to members of the AAPI community that are trailblazers, loved ones, role models, icons, and inspirations.

Our roster of confirmed participating bartenders includes Cari Hah, Jodi Calderon, Sarah An, Ken Lin, Harry Chin, Jen Len, Chris Amirault, Jason Yu, Eugene Lee, and Joey Bernardo. We would love to include more bartenders to our roster, but with the permitting timeline and set of resources, it makes sense to cap at 10. Who knows, maybe we can create a second event like this in the near future and include more folks the second time around!

The organization we are donating to is Hate is a Virus. 90% of the money received in their CommUNITY fund is distributed to local and national organizations, whose advocacy addresses long term and short term goals that uplift the AAPI community. 10% goes towards the resources utilized to maintain and run the Hate is a Virus organization. Check them out on social, I think they do a pretty incredible job. Their decision making panel will distribute funds to organizations addressing different community needs based upon urgency and impact.

The suggested donation price is $20 for each 2-3 serving bottle (but people can contribute more than that!). People interested in supporting the fundraiser will fill out an order form on Bear and Stone and will be instructed to Venmo payments to @BearandStone. Orders are confirmed through Instagram.

Orders are available for pick up at Arts District Brewing Company in Downtown LA 4/10 between the hours of 1pm – 4pm, and in the circumstance that people are unable to pick up, we have amazing volunteer drivers that are going to deliver cocktail orders throughout LA!” 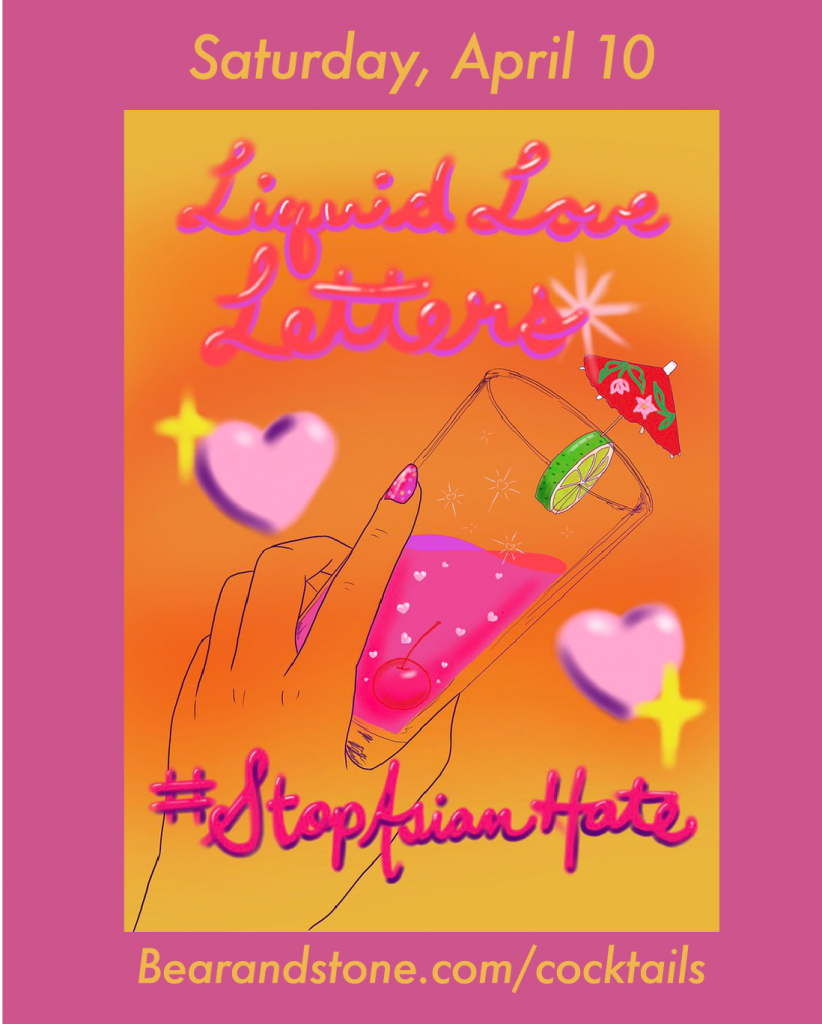 Native Angeleno Aly Iwamoto has been a part of the LA bar scene for the last decade. You’ll find her most nights behind the stick at Thunderbolt in Echo Park, or Death & Co. in DTLA.

Vay is the founder of Bear & Stone, a craft cocktail & bartender catering private event company. You can find Vay slinging drinks behind the bar at Republique.

The Perfect Drinks to Sip on Games NightFeatures