The name of the new bar inside London’s Hotel Cafe Royal on Regent Street, at the intersection of Mayfair and Soho, only hints at the campy, hedonistic and star-studded backstory behind this particular watering hole adjacent to the hotel’s restaurant Laurent. It’s called Ziggy’s, which is the reason you’ll see pictures all around you of Ziggy Stardust, David Bowie’s androgynous glam rock alter ego who supposedly came to earth, the story goes, as a musical messenger from outer space. 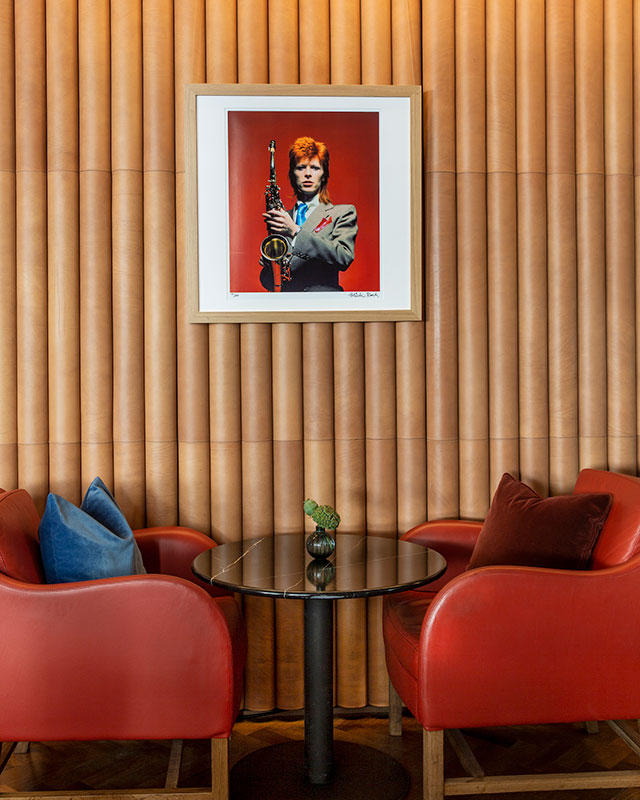 The menu at Ziggy’s is also an homage to Bowie, chockablock with twists on some of the Starman’s favorite tipples, many of which are named after lyrics from his 1972 album “The Rise And Fall Of Ziggy Stardust And The Spiders From Mars.” Drinks like the Darkness and Disgrace, which is made with dark rum, Tawny port, coffee liqueur, sugar syrup and egg yolk and comes from a line in the song Lady Stardust, the one about a boy in bright blue jeans who jumped on stage and then “lady stardust sang his songs of darkness and disgrace.”

Throughout, there is a measure of sophistication that greets patrons – a haute sensibility that seems perfectly incongruous with what happened here in July 1973. Because Ziggy’s honors the man, yes, but also a moment. July 3, 1973, to be exact, when Bowie-as-Ziggy played a sold-out show at London’s Hammersmith Odeon and then invited celebrity pals like Paul McCartney, Mick Jagger and Lou Reed to party here for a long night of debauched fun before retiring the character of Ziggy for good. 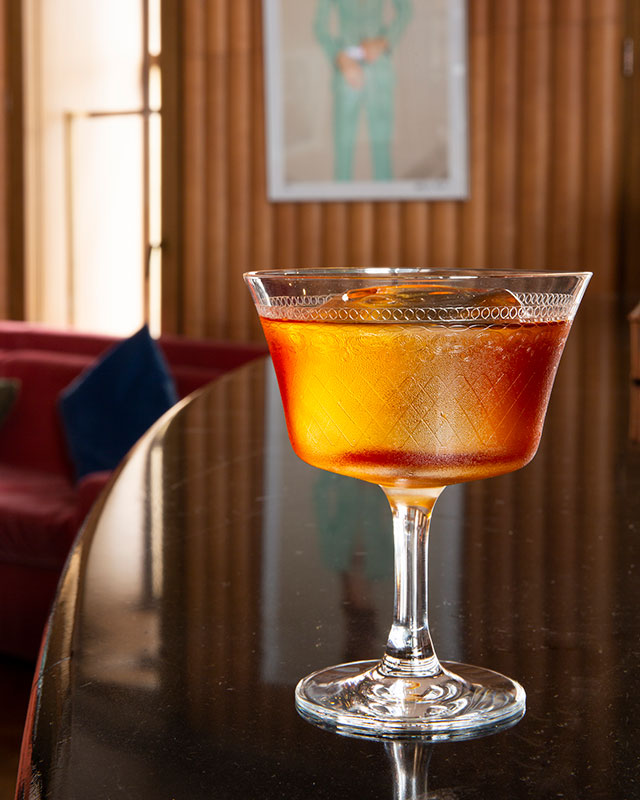 They called it “The Last Supper,” and while in hindsight you could argue this was a fancy excuse for 70s rock royalty to get together and get shit-faced, it’s not hard to sympathize with whoever thought it sounded like a good idea to turn that night into – well, kind of an ongoing thing. A party that doesn’t end, in the form of a bar that welcomes one and all. A bar in honor of the rock god and the night he said goodbye to earth. Welcome to Ziggy’s.

“We’ve worked on a unique cocktail menu inspired by Bowie’s life and his famous album,” explains bar manager Fabio Spinetti, who adds that each cocktail “is a nod to his eccentric character.” That includes drinks with names like Animal Grace, Electric Dream, Cat from Japan and the Femme Fatale, which is vodka mixed with Byrrh and sake and served in an absinthe-rinsed glass. Look close at the menu, and you’ll also notice that even the apostrophe in Ziggy’s name is on-theme, being instead a lightning bolt in the vein of Ziggy’s makeup that included a bolt across his face. 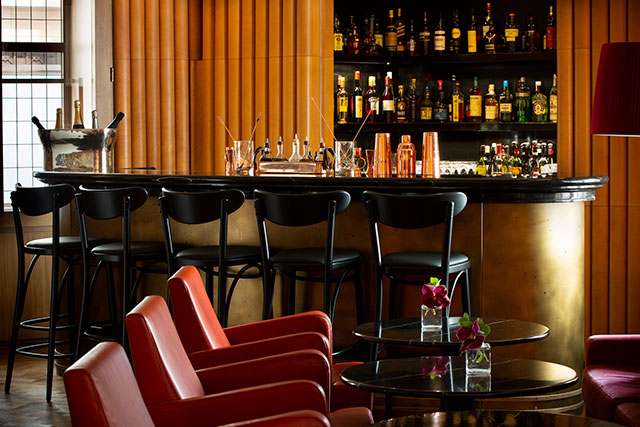 Meanwhile, there’s a Starman waiting in the sky who’s also hung on the walls throughout the bar that bears his name. Continues Spinetti, you’ll find “a curated selection of photography displayed in the bar taken by Mick Rock, who was Bowie’s official photographer during the last years of Ziggy’s career.” One of Mick’s most iconic photos of Bowie in full Ziggy get-up, the one of him holding a saxophone and decked out in electric blue eyeshadow, is here, along with so many others. The photographer had just met him the year before – when the singer was still a nobody, if you can imagine that – and “The Man Who Shot the Seventies” as he later became known would go on to catalog that and many other nights beside The Fabulous Mr. Bowie. 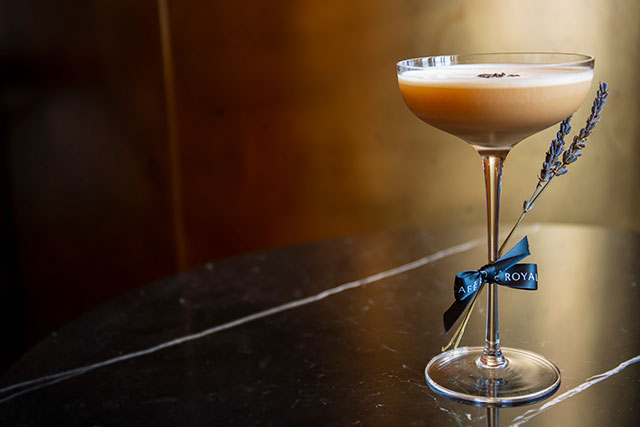 While the inspiration for Ziggy’s is readily apparent, it would certainly be a disservice to the hotel’s storied past if we neglected to mention the writers and artists and statesmen who hung out here and whose lives intersected with the place. They were the see and be seen crowd, the beautiful people and high society of days gone by, when men of letters and profundity like Oscar Wilde, Arthur Conan Doyle, George Bernard Shaw, Rudyard Kipling and so many others were seen inside these halls. Indeed, this was almost a kind of salon, one where decades before rock and rollers crashed the place you might spot Winston Churchill, Noel Coward or Graham Greene in conversation and commanding attention. 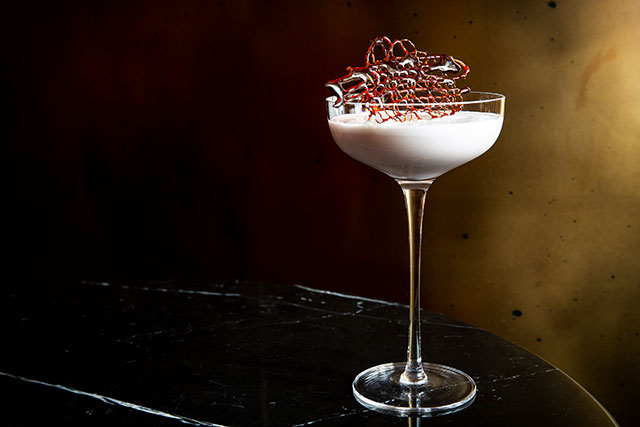 From the distinguished to the prominent to long-haired rock stairs – and, now, to Londoners stopping in for a drink in a city that stopped Swinging decades ago – Ziggy’s and the building it calls home has seen it all, a reminder that so many things change while just a few endure. It’s like that other song from the same era reminds us. Hey hey, my my, rock and roll will never die. 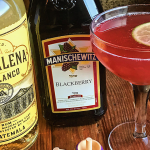 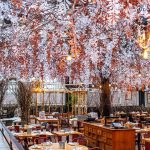