Marianne Eaves is the Badass Master Distiller You Need to Know

Marianne Eaves is a 30-year-old bookworm with a chemical engineering degree who will tell you straight up – she certainly didn’t set out to become the first female master distiller in the state of Kentucky since Prohibition. Or that she’d ever envisioned a career in whiskey production and distribution at all.

Why would she? The conventional wisdom is that women operate at best on the periphery of an industry populated by big bearded dudes who turn the valves, pour the mash and handle most everything else involved in the centuries-old craft of making whiskey. 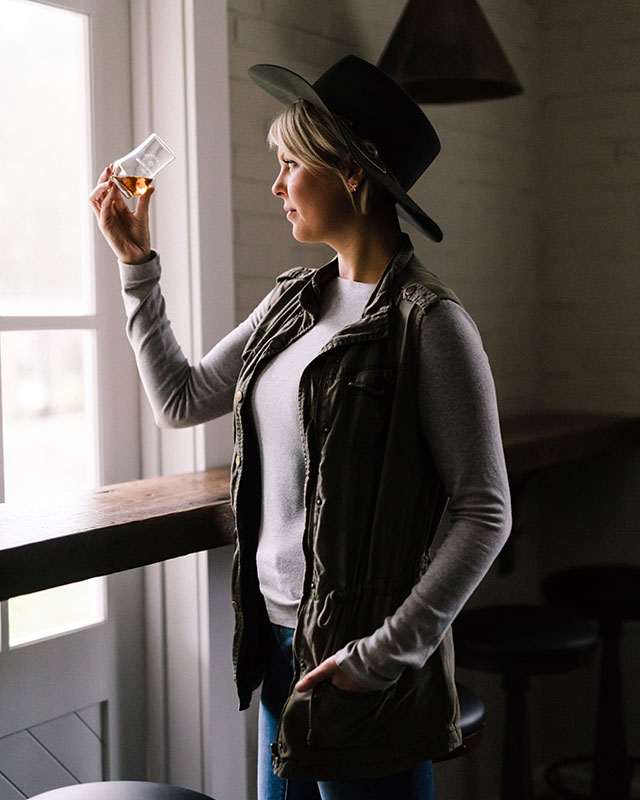 With a degree like hers? Marianne was thinking, maybe, renewable energy. Something related to biodiesel. An internship at Brown-Forman, however, is where she started to see the long-term potential in all this, and now, here she is. A high-profile master distiller who’s also a key member of the team that’s been helping resurrect Kentucky’s famed Old Taylor Distillery, an operation that dates back to the late 1800s which had fallen into disrepair over the course of several decades.

It’s since been renamed Castle & Key, and for the businessmen who bought the distillery a few years ago and spent millions restoring it, bringing the rising female star on board was a big part of the game plan – even if Marianne herself would never have been able to conceive of something like this years ago. 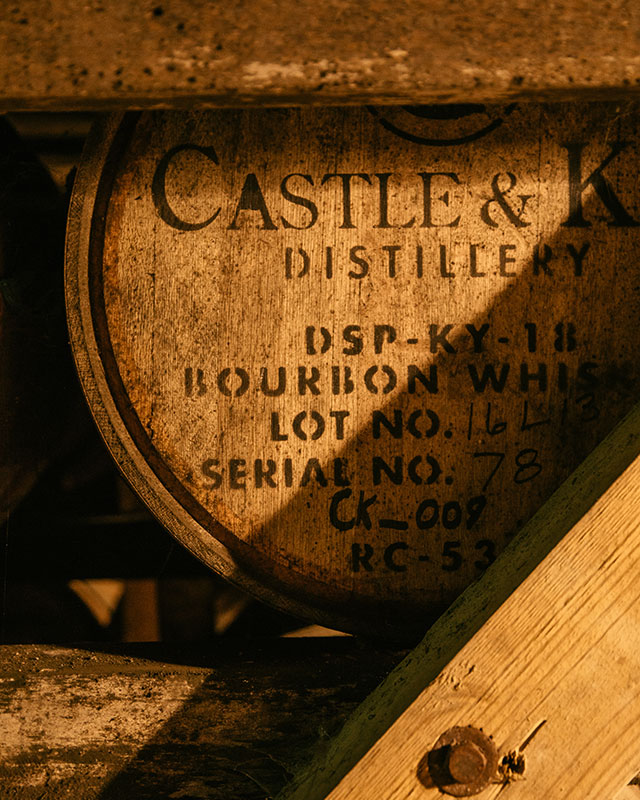 The forward march of time can certainly bring about some surprising and pretty life-affirming things. In this case, it’s brought a castle back to life, put dollar signs in the eyes of men with a dream and encouraged the heady ambition of a master distiller eager to make her mark on what’s become a multibillion-dollar industry in the Bluegrass State.

“There still aren’t many women on the production side of the bourbon-making process,” Eaves says during a discussion about Castle & Key, which just reopened for visitors and tours in September. “But I think with my taking the title of master distiller and bringing a little more visibility to the opportunity to be at that level in an industry that’s been male-dominated for so long, it’s changing how women see their future and what they thought they could pursue. I know when I was approached about this opportunity, I had no idea it was even an opportunity for me.”

And what a grand opportunity it was. The distillery’s 113-acre property that sits behind once-rusted gates includes a limestone European-inspired castle, peristyle springhouse and sunken gardens that had been ravaged over 40 years by time and neglect. Built in 1887 by the grand-nephew of the 12th president of the United States, the property holds more than a century of distilling history – it was that history, in fact, that helped Marianne fall in love with the place, with the gig. 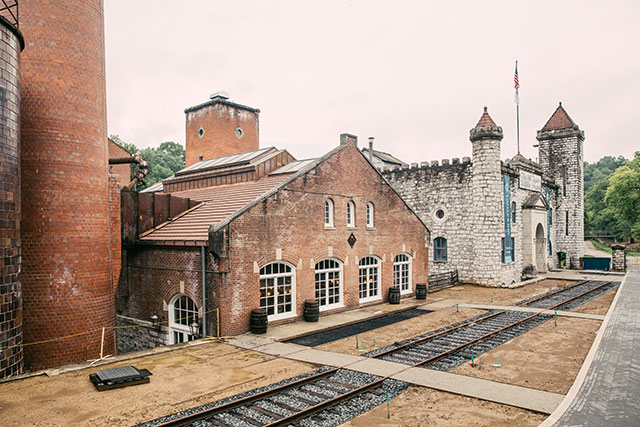 Old Taylor had been an icon of the bourbon industry, and what Col. E.H. Taylor created here arguably set the modern bourbon industry in motion. Heck, the sprawling estate was even one of the first bourbon tourist attractions, visited by scores of visitors who came to the distillery by train. Taylor also designed the sunken gardens after some he saw visiting Windsor Castle. “There was a tremendous amount of work that went into bringing this distillery back,” Eaves says about the facility, which takes its new name (Castle & Key) from the distillery’s past. Col. Taylor had always said that the key to making good spirits was good water, which is why he designed the property’s springhouse in the shape of a keyhole.

The new owners aren’t saying, but there are estimates floating around that the renovation cost a whopping $30 million or so. It’s not hard to figure out why they were so bullish on the potential. Bourbon is an $8.5 billion industry in the state, which crafts 95 percent of the world’s supply, according to the Kentucky Distillers’ Association. 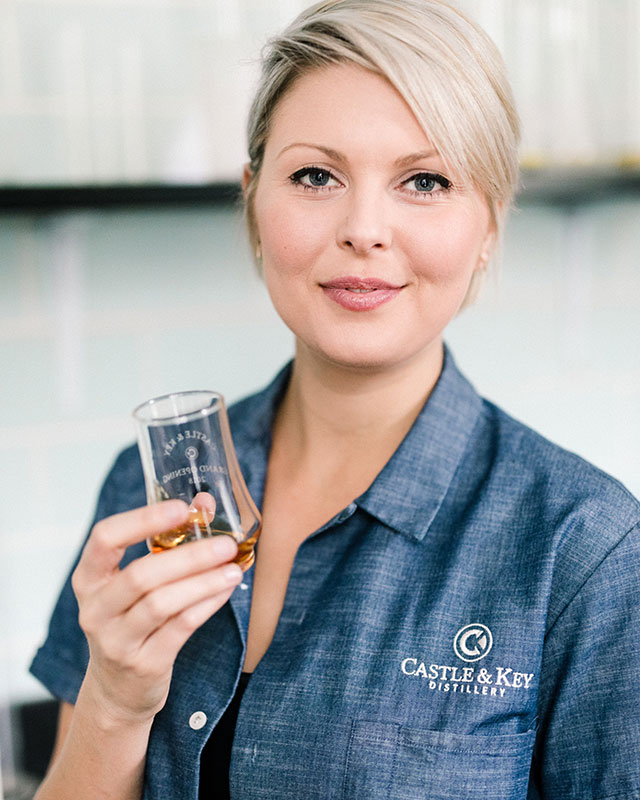 Castle & Key is open Wednesday through Sunday now for visitors to come in and taste some of the drinks. A number of new products are also on the way, and the plan is to also expand touring hours in the spring. Castle & Key sources its grain from Walnut Grove Farms in Adairsville, Kentucky. In April, the distillery started selling its Restoration Release Gin & Vodka at the distillery and locations throughout Kentucky and Tennessee, and the distillery’s bourbon and rye are currently aging until they’re ready.

“We’re being really thoughtful in the way we produce our products,” Marianne says. “We’re trying to achieve the best quality we can produce, not constrained by a specific flavor profile. We’re looking at more of a wine approach. We want to embrace the seasonality of the grains we get from the farm that we use, and kind of an estate-grown recipe for all of our whiskies.

“We knew it was a wild dream to bring back this mothballed distillery and be recognized as a distiller of choice. The gin and vodka we’re making have been extremely well received by bartenders, liquor store owners and restaurateurs. With that, we’re just setting an expectation of the quality of what’s to come.” 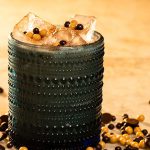 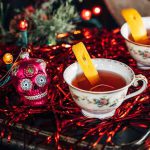