One night after the conclusion of Hanukkah, in a second-floor space on Manhattan’s Upper East Side that looks like it might have once served as dry storage or perhaps a warren of offices for the kosher deli below, an odd thing is happening: Pitch-perfect original cocktails are sliding across a shiny metal bartop crowded with plates of sliced meats (certified kosher, natch); silver dishes of pickle spears and sour tomato slices; steaming pots of tender veal dumplings (pilmeni) in broth served alongside their crisply fried counterparts; and tasty duck confit blintzes. Not exactly typical bar fare, but then this cocktail bar is brought to you by Josh and Jeremy Lebewohl, scions of the Second Avenue Deli dynasty started in 1954 by their uncle, the late Abe Lebewohl, and continued by their father, Jack.

In a new, purpose-built space above the deli’s location on 1st Avenue and 75th Street, the brothers opened the 2nd Floor Bar & Essen just after Thanksgiving. Not yet one month in, everything from the bar and kitchen offerings to the lighting and service is remarkably dialed in. On this particular night, Greek barman Chris is churning out spirit-forward stirred cocktails ($14) such as the Kanpai Hawaii (Japanese whisky, Venezuelan rum, pineapple rum, macadamia, coconut and absinthe), Unforgiven (bourbon, apple brandy, sherry, rhubarb amaro and syrah reduction) and the Yorkville (100-proof rye, Jamaican rum, Benedictine, fernet and bitters). The Rabbi-approved beverage menu is generously sized, with eight drinks in the Shaken & Sours category, four Stirred & Spirited and six seasonal recipes for fall and winter. Three draft selections include a local Pilsner from Brooklyn’s Sixpoint Brewery, a brown ale from Shmaltz Brewing upstate and Founder’s All Day IPA, while eight more bottles, cans and ciders fill in the blanks. And, with the exception of one Herzog Selection kosher Champagne, the wine list favors red and white wines all from Israel. 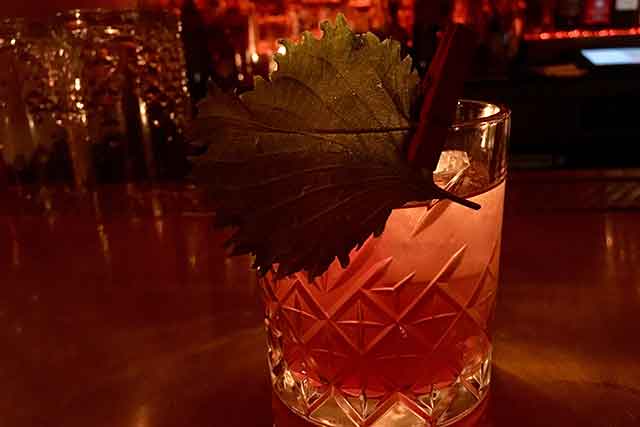 From the front entrance to the deli below, continue around the corner to the door on 75th Street between First Avenue and York. Climb a flight of stairs to the hostess stand, where you can choose table seating or stools at the bar. While the food is prepared in the kitchen downstairs, executive chef David Teye’s menu is completely different from what you’ll find at the deli, although its every bit as comforting. The menu recasts rustic and familiar ingredients as small plates such as pastrami deviled eggs ($8); beef bone marrow with garlic bread ($15); vodka and dill lox ($10); and mini stuffed cabbage with slivovitz-stewed raisins ($15). Not quite ready for gefilte croquettes ($8) just yet? A fantastic exploration of familiar kosher flavors (as well a great value) is a meat board that features smoked pastrami, corned beef, brisket jerky, pickled tongue, hard salami and chopped liver served with a variety of breads and condiments ($18 small, $36 large).

In what formerly was apartment space above and behind the deli, a long hallway with additional seating leads to a private dining room. According to Josh—a real estate lawyer by day, in addition to his work with the family’s business and now the bar—the main room’s tin ceiling was harvested from elsewhere like so much barnwood. From that, simple pendant lights hang over marble bistro tables that are flanked by black chairs and tufted leather high-backed banquettes. 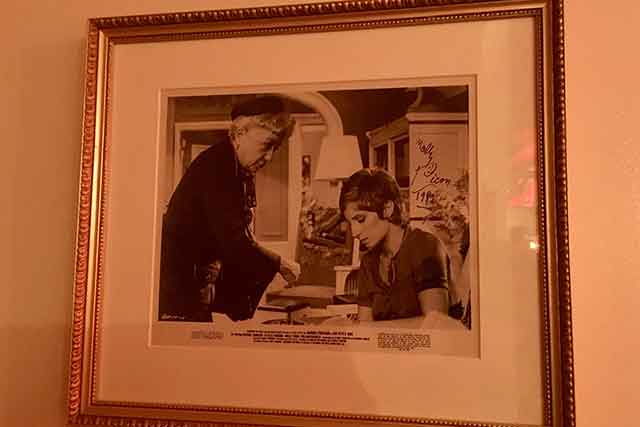 While vintage-y details abound, a little wise restraint prevents the place from veering into themed or overtly kitschy territory. Remember: It’s not an actual speakeasy—there’s a sign very much welcoming you in from the street—nor is it a Jewish-themed bar; the crowd on this particular night was about as diverse as the city. What you will find is a comfortable, spacious bar with a remarkably smart kosher food and beverage program and plenty of room to spread out with a large group or get cozy with a date. Still, the signed photo of a young Barbra Streisand with actress Molly Picon in a scene from For Pete’s Sake (1974) might have you kvelling on the way back from the restrooms. Especially if you’re a little bit farshikert. 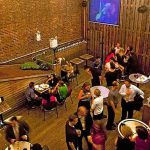 Head to Overlook For the Best Happy Hour in Turtle BayFeatures 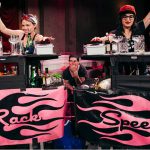