The Top 7 were selected and competed from Los Angeles, NYC, Tampa, Chicago, Denver, Seattle and the home of Jack Daniels himself, Nashville. All competitors in each market had 10 minutes to present their modern whiskey sour to a panel of three judges – made up of notable local bartending heroes and figures.

In the end, ‘e pluribus unum’. Out of many, only one winner would emerge from each semi-final. 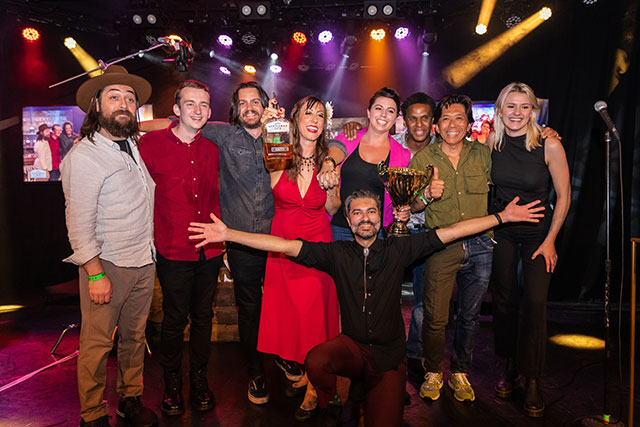 In Los Angeles, Jesse Peterson took the title with her ‘An Apple a Day’ cocktail. Amy Van Buren won in Nashville with a ‘Moore County Sour’. Colorado’s Austin Hay won the Denver semi-final with his incredible presentation of ‘Basque in the Light Sour’. Steve Wood was named winner in New York City with his ‘Gentle Armor’. In Tampa, Alana Barber won with a creative ‘FOB: Fresh Off the Boat’ cocktail. Josue Mancero won in Chicago with a ‘Chica Sour’. Last but not least, Jonathan D Stanyard from Washington won the Seattle Semi-Final with ‘Times Like These’.

The Top 7 now get the chance to represent their city in the 2022 Gentleman Jack Whiskey Sour Classic Grand Finale. Each competitor will travel to Lynchburg, TN for a once in a lifetime immersive experience. They will visit the Jack Daniels Distillery for a 2-day educational adventure before heading to Nashville to present their winning cocktail to a new panel of judges. The finale judges are cocktail legends, Dale DeGroff and Tony Abu-Ganim, alongside National Brand Ambassador Eric, “ET” Tecosky and Assistant Master Distiller for Jack Daniels, Lexie Phillips.

The winner of the Gentleman Jack Whiskey Sour Classic not only gets the bragging rights but wins $10,000.

Interested in joining next year? Follow @jackdaniels_us and @sweetandchillidrinks to keep up to date with all things Gentleman Jack and Whiskey Sour Classic!

Drink This Now: “One World, One Love ” Cocktail at COTE NYC in Support of Hurricane Relief Efforts in Puerto RicoDrink This Now, Features

Awesomeness Alert: How To Saber ChampagneFeatures