Miami’s perpetual “party” attitude is a reflection of its exuberant optimism, which makes Miami for New Year’s Eve the optimal choice to ring in 2019.  Here are some of the best cocktails and events that will positively attract good things to happen in the New Year, while celebrating the best of the outgoing year.

Nikki Beach Miami “Flash To The Future” NYE event will ring in 2019 with thrilling live entertainment, which includes acrobats, aerialists, DJs, and as a grand finale Miami Beach’s only private fireworks display at midnight. 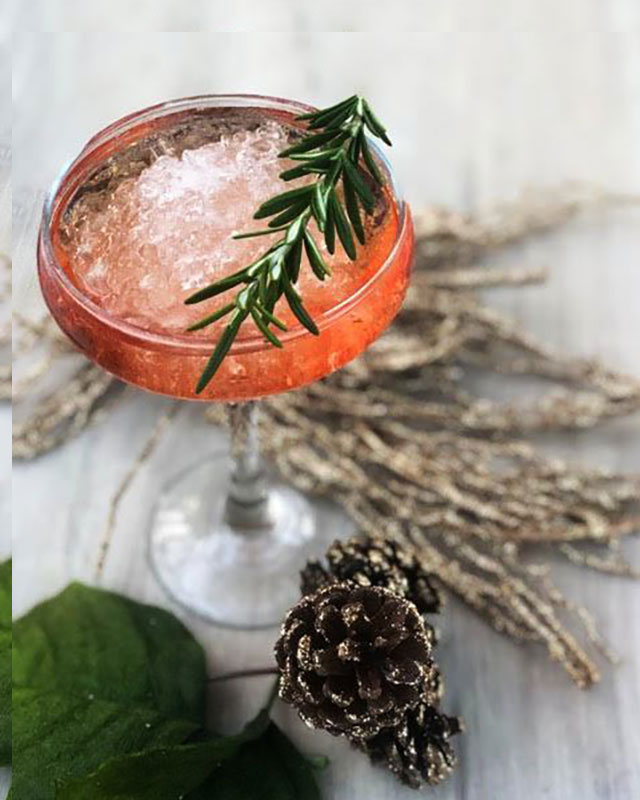 Plymouth Sloe Gin and Shaved Ice topped of with Prosecco, and garnished with Rosemary Sprig.

A three-course dinner menu curated by celebrated Chef Frank Ferreiro is also available in Nikki Beach’s romantic candlelit garden, featuring mouthwatering offerings like Short Rib Wellington, and a sweet finish with a Triple Layer Chocolate Mousse tower. Dinner for two starts at $650 and includes a bottle of Champagne or liquor of the guest’s choice. All guests will be treated to a complimentary midnight Champagne toast and celebratory New Year’s Eve party favors.

Sugar on Rooftop of EAST, Miami

For the New Year, Sugar, EAST, Miami’s rooftop restaurant and lounge, atop EAST, Miami’s 40th floor, will transform into a fairytale winter garden. 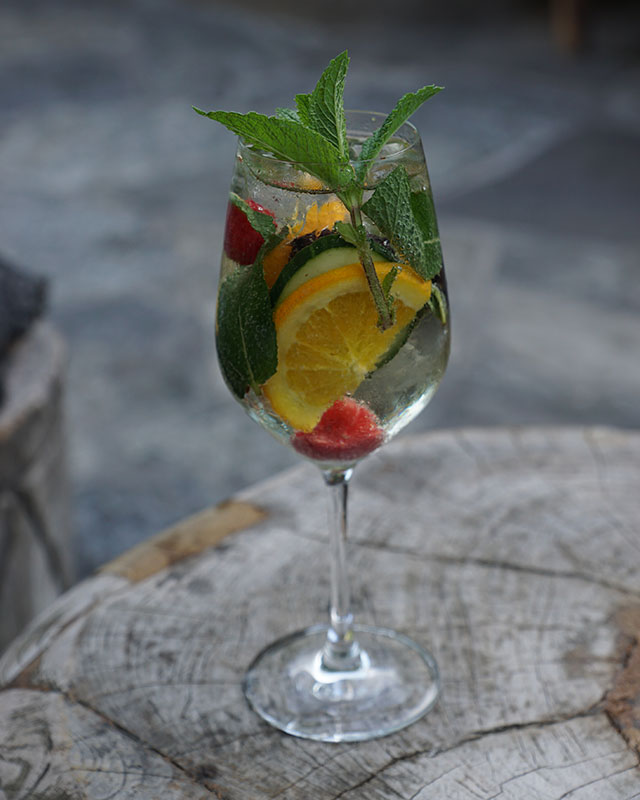 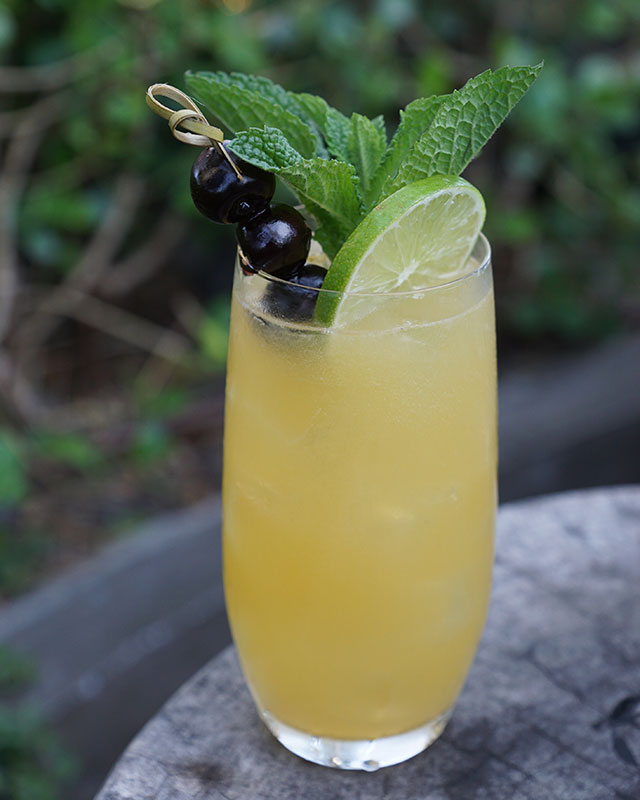 Take in unbeatable city views and firework displays from all over Miami, while dancing to beats by Lazaro Casanova and toasting to a New Year.

Novikov Restaurant and Bar is a sophisticated and world-renowned Chinese-Japanese concept named after its maverick chef- owner, Arkadiy Novikov. Featuring spectacular views of Biscayne Bay and the Downtown’s skyline, the Miami outpost is the first U.S. location for the award-winning restaurant group, which emulates the original, critically-acclaimed London restaurant, a regular stop for celebrities such as Rihanna, Leonardo DiCaprio and Prince Harry. 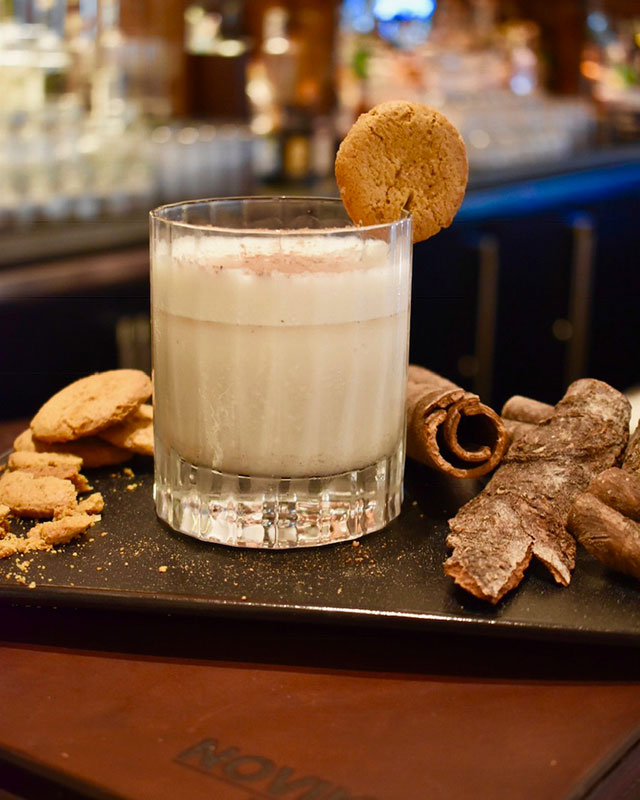 Kiki On The River

Ring in 2019 with a larger than life riverfront celebration at Kiki on the River, Miami’s chicest indoor/outdoor dining destination. 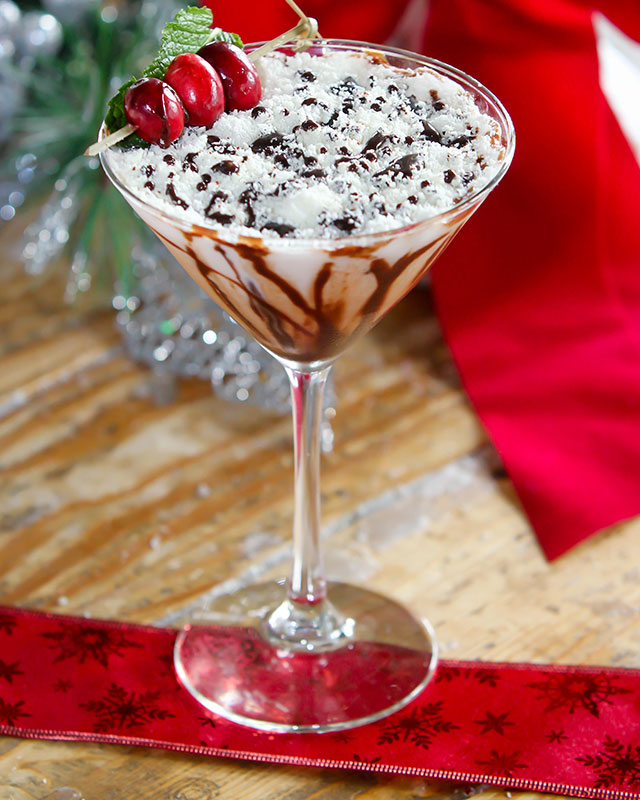 Shaken with Titos Vodka, Frangelico, and White Godiva Liqueur, sprinkled with White Chocolate Flakes and dripped in Milk Chocolate with a skewer of Cherries on top.

Sip and feast on a selection of time-honored Greek favorite dishes such as Kiki Truffle Heirloom Tomato Salad, Kiki’s Grilled Octopus, Grilled Lavraki, Lamb Rack and so much more.  For dinner, Kiki on the River offers two separate seating times that include a complimentary bottle per two guests of  Moet Brut (1st seating at 6pm) or Dom Perignon (2nd seating at 9pm). Or, after 9pm, enjoy Bottle Service at a Table in the outside garden. 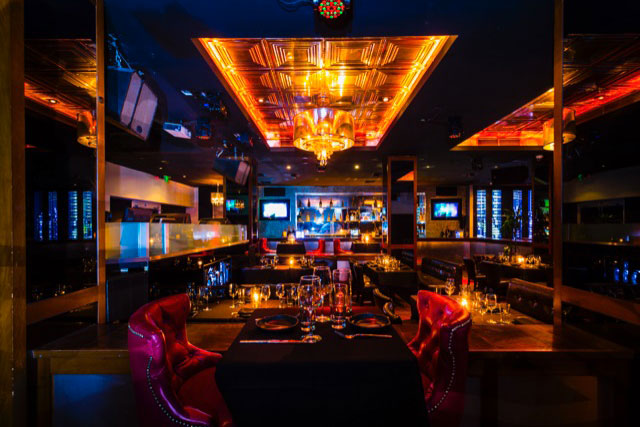 Abandon the “now” and step into the unknown of the future, when Bâoli presents Neo Tokyo this New Year’s Eve. Decked out with hanging LED geometric shapes and meteor shower lights that give the illusion of electric rain and shooting stars, guests will be transported to the age of technology and welcome the New Year to the beats of DJ Hugo M. Doors open at 7 p.m. and guests are encouraged to dress in cyborg chic and luminescent sleek.

Opulence, desire, and champagne can be expected in excess at Marion this New Year’s Eve. The venue will transform into a sexy and rebel-fueled extravaganza featuring dazzling performances and entertainment inspired by the glamorous era of French Queen Marie Antoinette. Doors open at 7 p.m. Dress to impress and aim to misbehave during Royal Anarchy at Marion Miami as we ring in 2019. Strict dress code enforced. 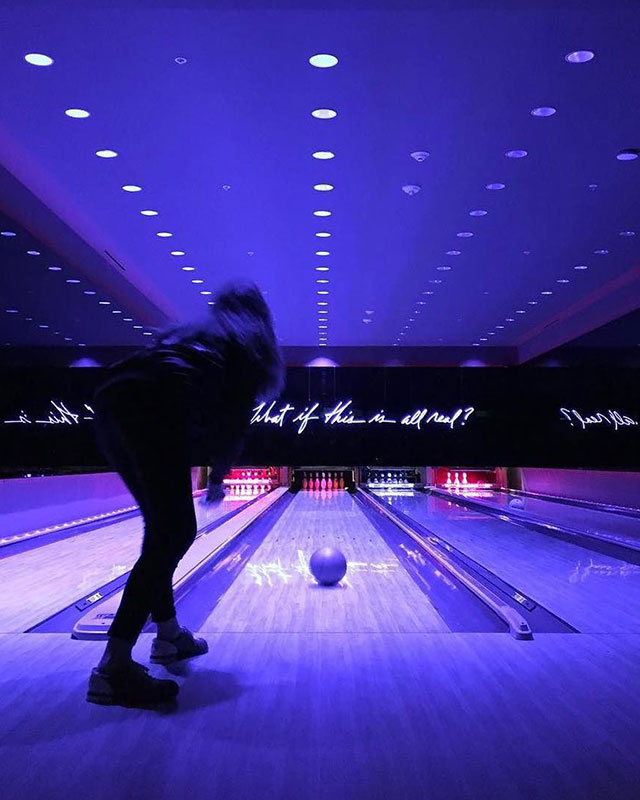 Party the entire last weekend of 2018 under the dazzling lights of the Basement –a dance club, bowling alley and skating rink in the lower level of the Miami Beach EDITION.  On New Year’s Eve, enjoy three hours of premium open bar with some serious beats by Heron Preston + Roofeeo, plus a performance by Buddy.  Take a break from the dance floor to skate the night away in their signature rink or knock some pins in the bowling alley. 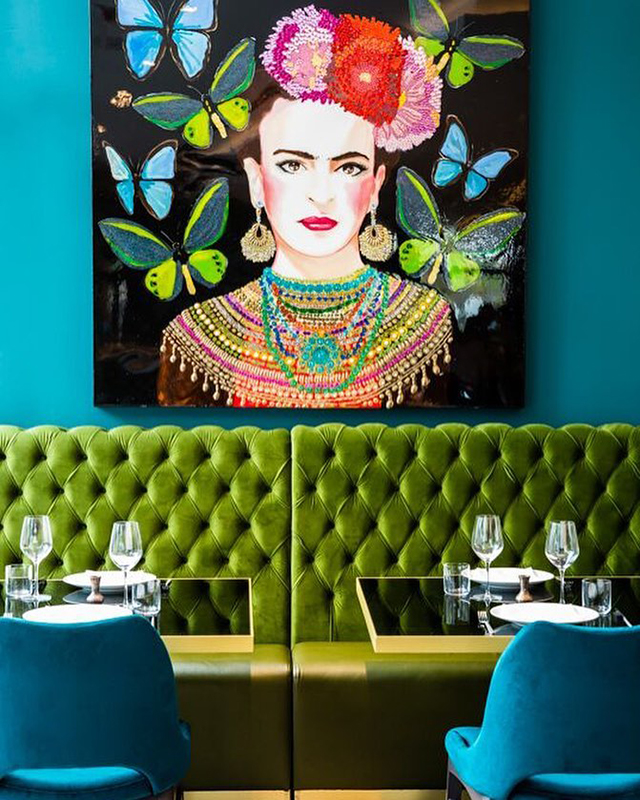 “Three” is a celebration of Chef Norman Van Aken’s elevated Floridian cuisine which is thoughtfully complemented with a wine list and a cocktail menu that pays homage to the classics, while drawing inspiration from South Florida’s rich tropical locale.

After your cocktail toast upon arrival, get ready to be amazed by Chef Van Aken’s multi-course menus which kickoff with choice of  Foie Gras Tart with persimmons, grapes, and champagne dressing, or Raw Hamachi with beet juice-brown butter vinaigrette and Swank Farm radishes.

After polishing off either of Pastry Chef – Mame Sow delectable desserts, Olive Oil Cake with bitter orange gelee and champagne sabayon, or Manjari Ganache with cocoa nib praline and charred potato ice cream, head up to Wynwood’s best rooftop bar and lounge, No. 3 Social. The party continues here with a premium open bar from 9:30pm to 1am, food stations, live performance by Afrobeta and views of the fireworks with midnight toast and party favors.. 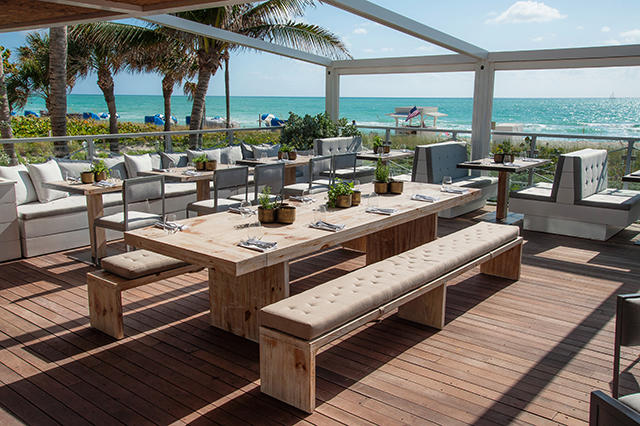 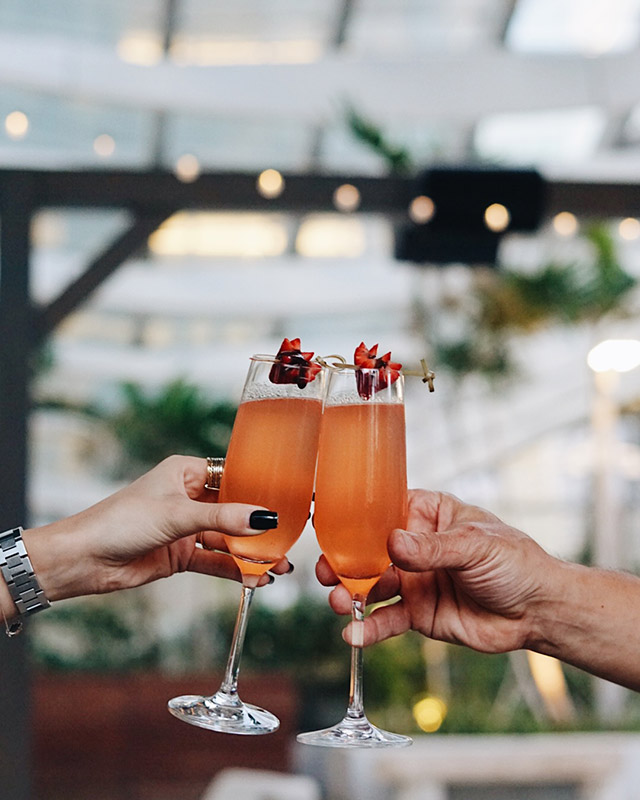 This New Year’s Eve at Quinto la Huella, dine in decadence while the ball drops with a four-course feast. Priced at $130 per person and an additional $55 for a free flow of wine and bubbles. The Uruguayan eatery will be hosting two seatings, one at 6PM and one at 9PM.  Dive into the first course with your choice of Yukon Gold Potato Blini served with Uruguayan Osetra caviar and crema acida or Seared Foie Gras drizzled in quince mostarda accompanied with sweet brioche.

On New Year’s Day, enjoy a delicious Asado buffet at $55 per person and $27..50 for children under eight. Unlimited house wine, bubbles and Bloody Marys will be offered at $25 per person.

best new year events miami best NYE events Miami Miami for New Year's Eve Where to go for NYE in Miami
Miami for New Year’s Eve: Best Cocktails + Events to Ring In 20192018-12-282018-12-27https://thirstymag.com/wp-content/uploads/2016/04/thirsty-nyc-logo-1.pngthirsty.https://thirstymag.com/wp-content/uploads/2018/12/nye-miami-featured.jpg200px200px
About
Denise Castillon
Denise is an indie film rep in Florida and a blogging hedonist in Miami. True to her namesake, Dionysus, she enjoys drinking and good times. She also craves great food, film, travel and loves meeting new people - preferably with an old fashioned cocktail, or glass of champs in hand! Check her out on IG at @fooddrunkie. 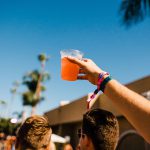 5 of The Best Beer Spots In Venice, CaliforniaFeatures