Since opening up this Spring, Lazy Point has fast become the go-to hangout for New Yorkers looking for a place to sip delicious drinks and relax – much of this due to the killer cocktails created by head mixologist Jeremy Strawn. After relocating to New York City from Texas, Strawn began working at nightclubs and bars, learning the ropes and earning his stripes. It was during his time at The Back Room that Strawn met Death & Co. partner Alex Day who took him under his wing and became his mentor, giving him a serious bar and cocktail education.

Strawn has since worked with Matty Gee of Milk & Honey, Jim Kearns of Mayahuel and Rye House, Cory Mason of Freemans and Smith and Mills and Jason Litrell of Death and Co. and Dram.  And he hasn’t been shy about going out on his own, either: Strawn has led his own cocktail programs at Bistrot Bagatelle, The Standard Hotel, Trump Hotels, MPD, One Group and Day and Night.  In 2011, Strawn and Nick Boccio opened Mulberry Project in Little Italy. We caught up with him about his drinking habits and more.

Favorite NYC place to hang out over a drink when you’re not working?

That is an odd question for me because if I am going out for a drink, I go out to see a particular bartender and sometimes they are not always in the same spot.  So basically anywhere Jim Kearns is working.  Also I have been finding myself at Mission Chinese more and more lately. Sam Anderson is a great barman.

What is your go-to drink when you are out?

I am an old Texas boy, so I tend to stick to beers most of the time. But if I am drinking spirits I go with Dorothy Parker gin neat, or Rittenhouse Rye Whiskey neat.

First technical gig, I worked at the country club in my home town where I was a pool waiter when I was 15. Management then fired everyone but myself and another kid so then they put two 15 year olds in charge of the frozen margarita machine at the pool, and then all sorts of hi-jinks ensued.  But my first job in NYC was at this awesome Korean BBQ spot called Woo Lae Oak, and did everything there from food running, expediting, waiter and finally some bartending.

What was your A-H-A moment, like when was there a moment when you realized that this was absolutely for you?

When I tended to be the guy in a bar or a restaurant with the most answers and people started depending on me to hold the ship together.  It was like that moment when all of a sudden in NYC when you stop asking for directions and start giving them.

Do you have a mentor, or someone that you look up to in the industry?

I have gotten to work with some of the great barmen and women in NYC, but I would have to say Matty Gee (OG of Milk and Honey) was the guy that really summed things up and gave me great direction and knowledge.

Do you drink coffee or Tea? Where do you go and how many times a week?

I drink a lot of coffee.  My morning ritual is my French press and my emails.

So what are you into right now when it comes to cocktails?

When you are creating cocktails do you think of the liquor you want to use first or the taste that you are going for? Like what is your process?

I always start with the neighborhood that I am in and the space itself.  You look around what can or can’t people get around here and also what do they need.  Then you look at the space and try to find its character.  So I will sit at the bar and just think, ‘hey if I am in here having a drink what sort of drink would I be comfortable ordering?’  And then comes the seasons and flavor profiles. But as for spirits, almost all the cocktails I create start with gin.

What is your favorite spot when you want to be low-key or date?

I am a Blue Ribbon guy, but also Mission Chinese has been pretty fantastic.

If I am just going to dive bar it, I go to Brass Monkey. It is like my Cheers bar where almost every bartender there knows my name.  It makes you feel pretty cool to go into a spot and have 11 people give you a handshake and a hug.  Also I love going to the Backroom as a little underground gem, it is just such a great room in NYC.

I’m most proud of actually opening my first bar Mulberry Project.  It took a lot of guts and a lot of savings to branch out with my business partner and declare we are not working for anyone else, we are now working for ourselves.

Anything else that you would like to tell us, what is next for you project, like what are you working on these days?

As for future projects, I have to keep a lid on these sorts of things, but me and the guys have some very solid opportunities and not all of the involve booze.  Which means I might actually get to keep my feet dry for a night. 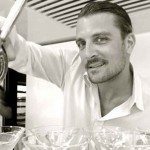 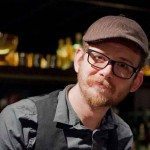