Celebrate National Moscow Mule Day With These Versions All Around NYC

The Moscow Mule — vodka, ginger beer and lime juice — is a classic cocktail served in bars all throughout New York City, and the drink is so widely recognized and enjoyed that has its own holiday.

March 3 marks National Moscow Mule Day, and to celebrate the holiday, we’ve rounded up some of the best Moscow Mules in NYC  — from traditional recipes to creative takes on the drink. 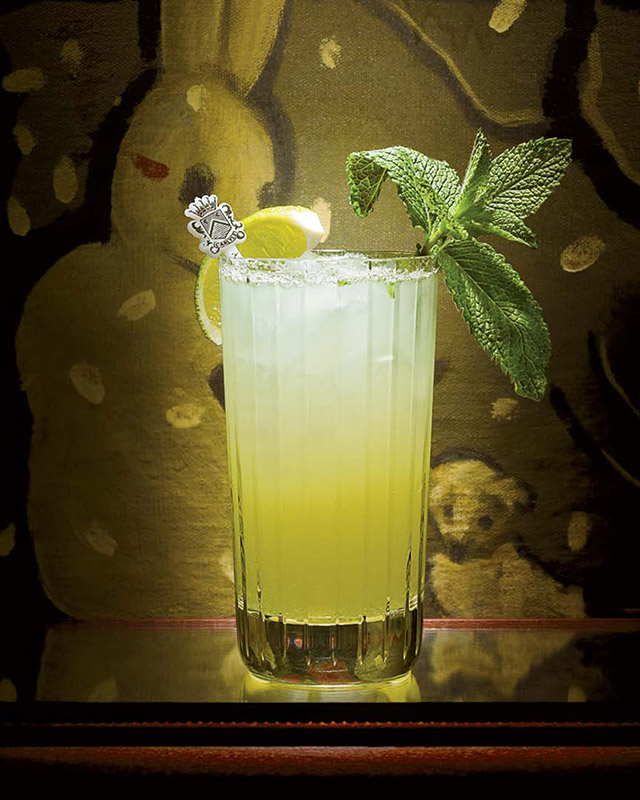 Bemelmans Bar, an upscale piano bar located inside luxury residential hotel The Carlyle, is known for its sophisticated cocktails, old-school New York charm and walls covered in illustrations by Ludwig Bemelmans, the man behind the famed children’s book “Madeline.”

The drinks aren’t cheap — cocktails start at $21 — but they’re worth the hefty price tag. The bar’s version of a Moscow Mule, The Gin-Gin Mule, was created by Pegu Club founder Audrey Saunders and featured in the book “Vintage Cocktails.” As the name implies, the drink is made with gin instead of vodka, plus lime juice, simple syrup, homemade ginger beer, soda water and mint sprigs. 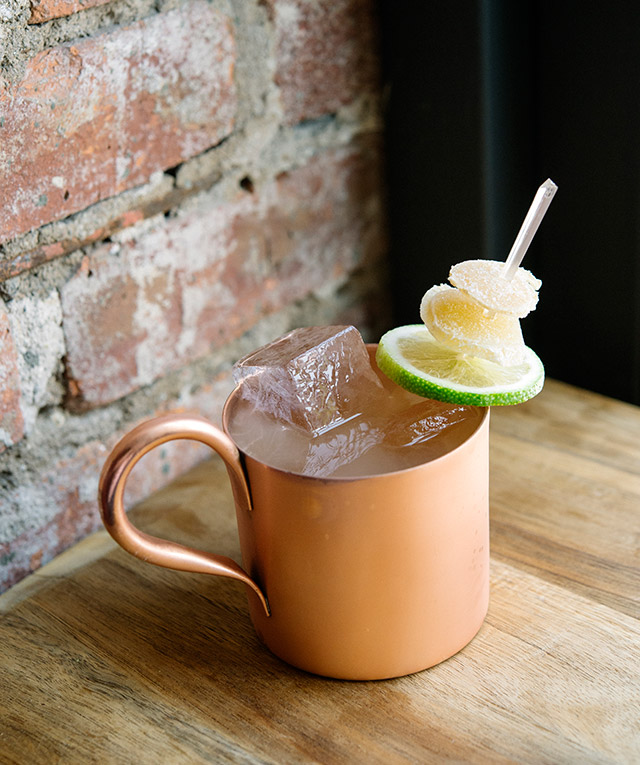 Founded by Flatiron Lounge’s Julie Reiner and cocktail legend Ivy Mix, Clover Club, a speakeasy-inspired Cobble Hill bar, gives serious credibility to Brooklyn’s artisanal cocktail game. With several categories of drinks, many of which change seasonally, even the most experienced drinkers will find something new and refreshing here.

But for now, we’re focusing on the Moscow Mule, made with vodka, lime, ginger and soda. There’s nothing fancy or out of the ordinary about Clover Club’s take on this drink, but given the bar’s pedigree, you know it’ll be good. Grab one for $8 during happy hour Monday through Friday from 4-7 p.m. 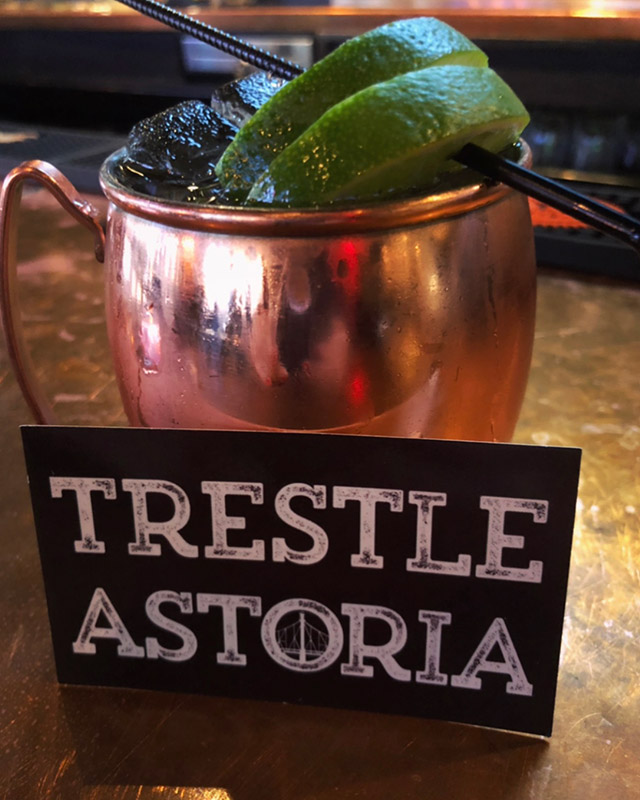 The Trestle, opened in 2017 by lifelong Astoria resident Joe Brown, who also owns Rocky McBride’s in Astoria and PJ Leahy’s in neighboring Long Island City, is a laid-back spot in the heart of Astoria where residents come for craft beers, creative cocktails and American fare with a twist.

Trestle’s traditional Moscow Mule is made with Tito’s vodka, lime juice and ginger beer, but the bar also offers a few variations on the classic cocktail. If you’re not a vodka fan, you can get your mule made with tequila, bourbon or whiskey. 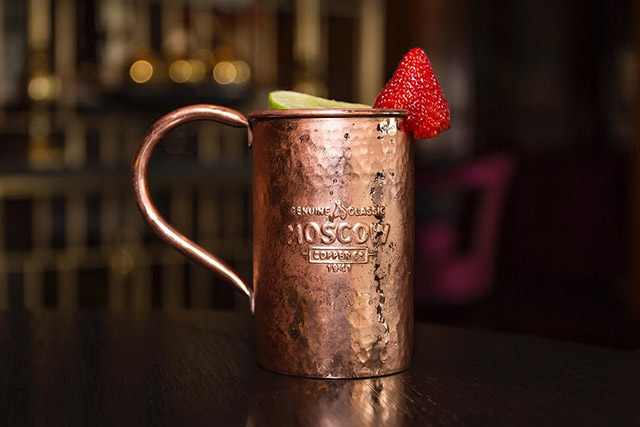 If you like to pair your drinks with a view, Ascent Lounge, the upscale, sexy lounge located on the fourth floor of the Time Warner Center, is a must. With stunning views of Columbus Circle and Central Park, plus a wide-ranging wine and cocktail menu and delicious food make this bar a solid choice for a drink on National Moscow Mule Day — or any other day of the year.

Like several other spots on this list, Ascent Lounge offers a twist on the classic mule. Their version, the Manhattan Mule, is crafted with Woodford Reserve bourbon, fresh muddled strawberries, fresh lime juice and ginger beer, garnished with a fresh strawberry and a lime wheel. 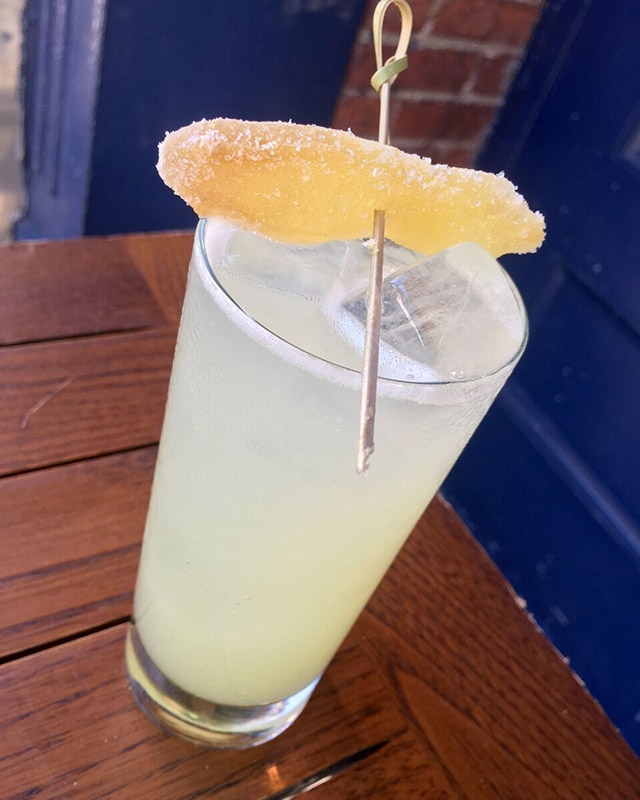 The Penrose, an Upper East Side gastropub by Ruairi Curtin of Wilfie & Nell fame, is an effortlessly cool, welcoming spot to grab a drink — or several. Inspired by old American and Cork traditions, The Penrose is a friendly neighborhood bar with an extensive beer, wine and cocktail offering.

On National Moscow Mule Day, though, stick to the Mules and Bucks, made with fresh-pressed ginger, lime, soda and, depending on what you prefer, gin, rum, rye or vodka. Rather than ginger beer, which is traditionally used in Moscow Mules, The Penrose uses fresh ginger syrup, which is made by juicing ginger root daily, in order to avoid the preservatives and extra ingredients in ginger beer. 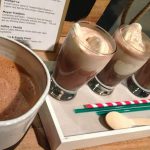 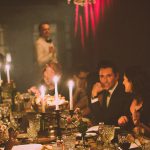 Throw It Back To The Roaring Twenties At L.A.’s Sexiest Pop-Up Dining ExperienceFeatures