New Cocktails to Sip at the Fontainebleau on Miami Beach

A Miami legend, the oceanfront Fontainebleau Hotel and Resort is all about luxury and indulgence.  So, when the grand dame announced new fall cocktails, our response was “Yes, please!” to have a sip of them all.  Our tour of Fontainebleau’s cocktails will spotlight the restaurant lounges at Michael Mina’s StripSteak, Scott Conant’s Scarpetta, Hakkasan, and their famous circular blue-lit lobby bar, Bleau. 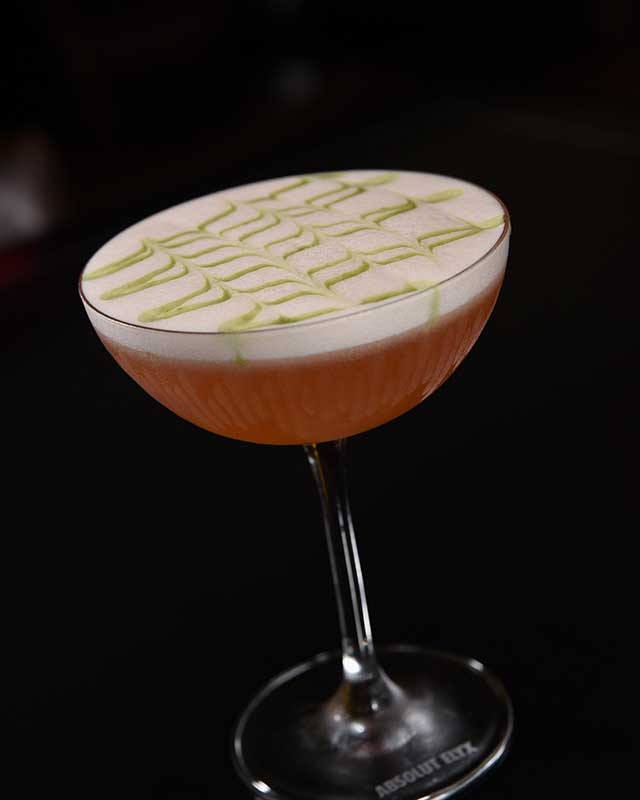 This delish take on a Clover Club cocktail, is named after one of Fontainebleau’s original bars, when the Morris Lapidus designed hotel was opened in 1955.  Vodka, Lemon Juice, Strawberry-Coriander Syrup and one egg white are dry shaken until frothy, then, shaken with ice until chilled and strained into a vintage coupe glass with mint syrup marbled on top as garnish. 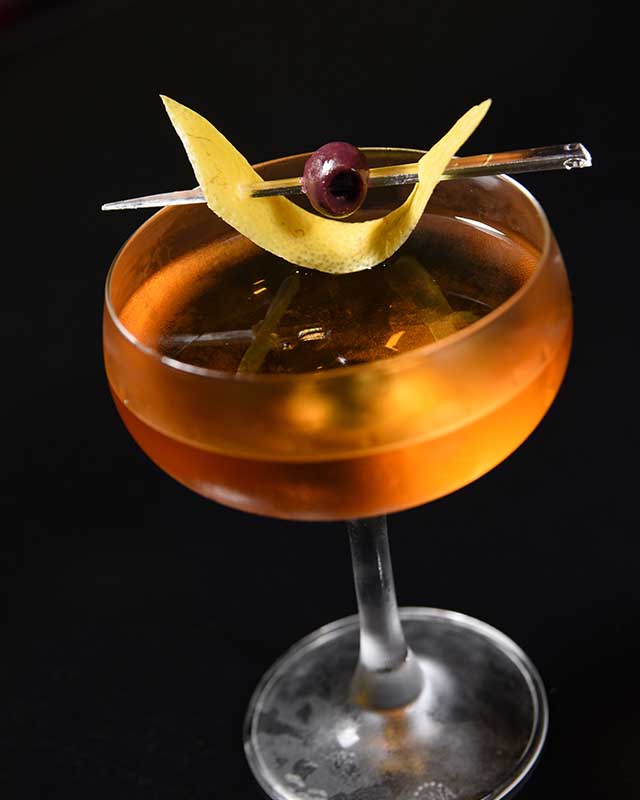 This rich sipping cocktail is a nod to when the Fontainebleau was a set location for the 1964’s James Bond movie, Goldfinger.  Vodka, Few Spirits Breakfast Gin, Tempus Fugit Kina L’Aéro d’Or, Lustau East India Solera Sherry, Lustau Manzanilla Sherry, a couple dashes of Bitter Truth Olive Bitters and a few drops of Fleur de Sel Solution are mixed and strained, chilled, into a coupe glass, then garnished with a skewered lemon twist and olive. 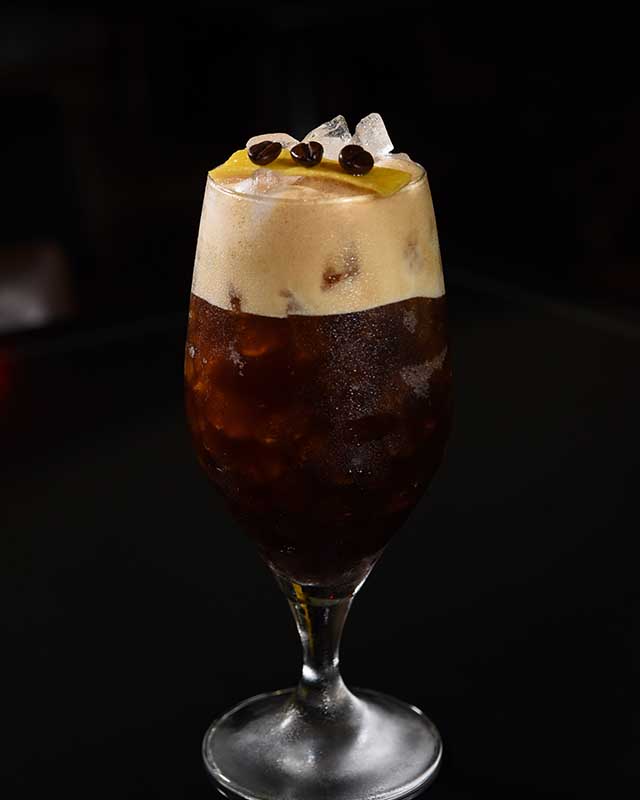 Garnished with three coffee beans on top, this luscious coffee cocktail resembles a classic snack from the 50’s.  White Rum infused with Lemon and Anise, Crème de Cacao, Clement Mahina Coco, Clement Creole Shrubb, a double shot of Espresso, and Simple Syrup are combined in a pint glass with crushed ice, then, whipped up with a bar spoon until frothy, and garnished with three coffee beans on top. 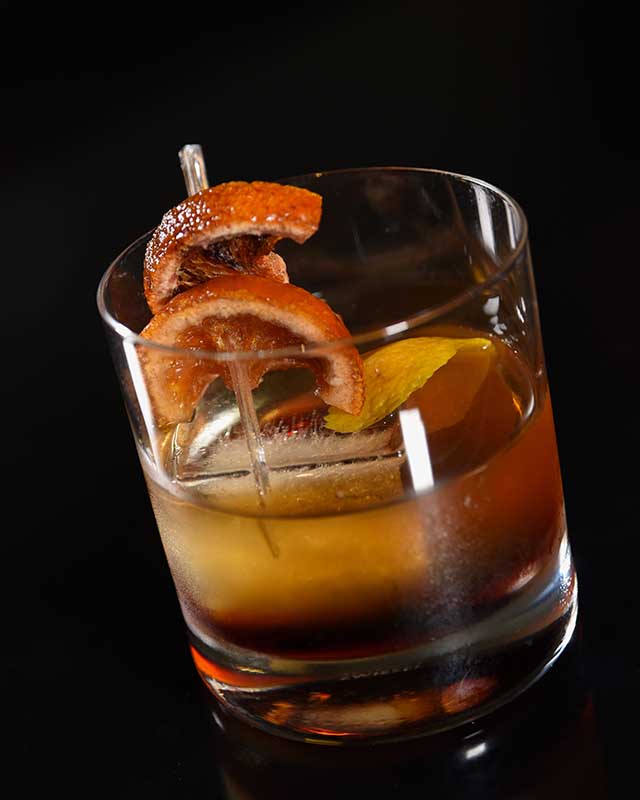 Inspired by the recent Solar Eclipse, this intensified version of the Black Manhattan is mixed and chilled  with ice, Bourbon, Grand Marnier, and Montenegro Amaro, and doubled-strained into a rock glass, then, over the back of a bar spoon, Averna Amaro is poured to create layer at the bottom of the glass. 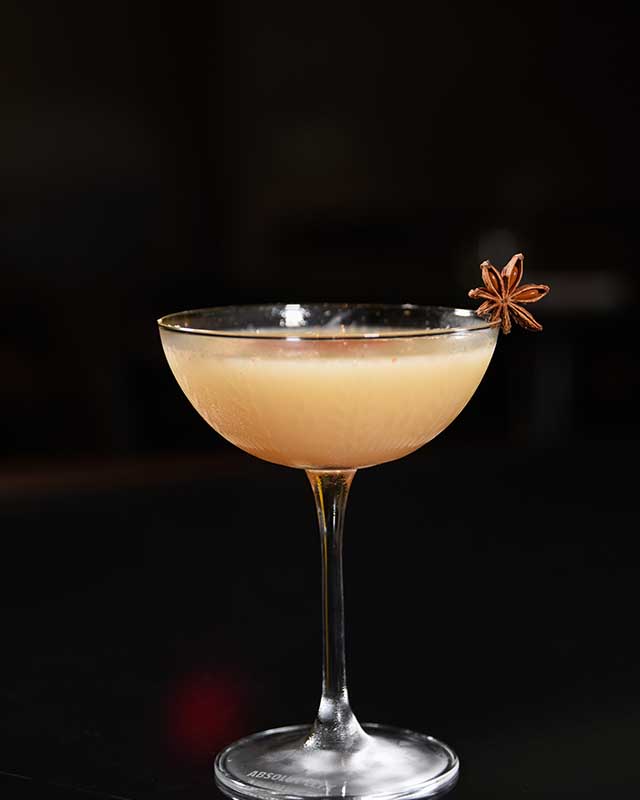 This aromatic and spiced cocktail makes a blazing presentation. Gin, Montenegro Amaro, Lemon Juice, Cinnamon Syrup, and Soursop Puree (a green tropical fruit locally known as Guanábana), are shaken with ice, then strained into a coupe glass that is garnished with dashes of bitters, shaved cinnamon and nutmeg.  For the final garnishment, a Star of Anise is added to the rim, then, set aflame to release its scent. 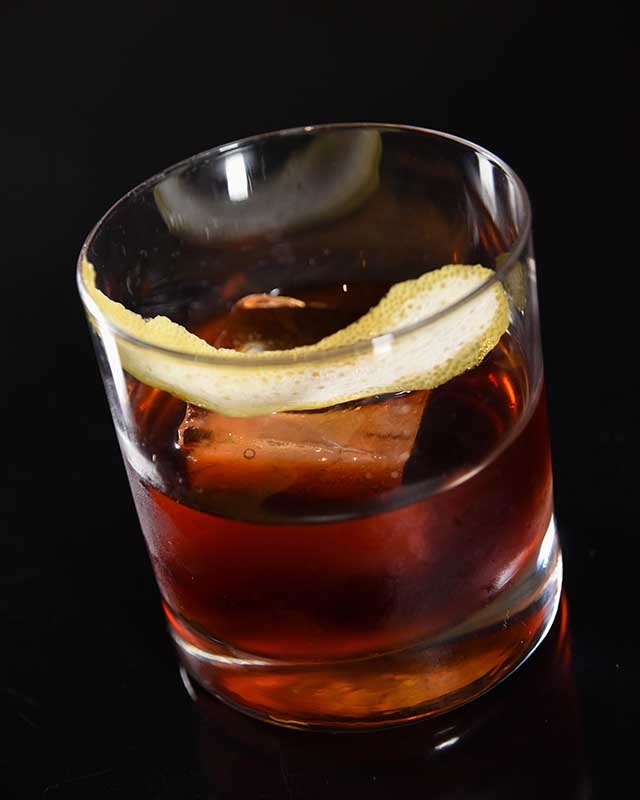 This rich and intense drink is mixed with Aged Rum, Cynar Amaro, Averna Amaro, Benedictine and dashes of Angostura and Peychaud Bitters and ice, then strained into a rock glass with a large ice cube, and a lemon twist. 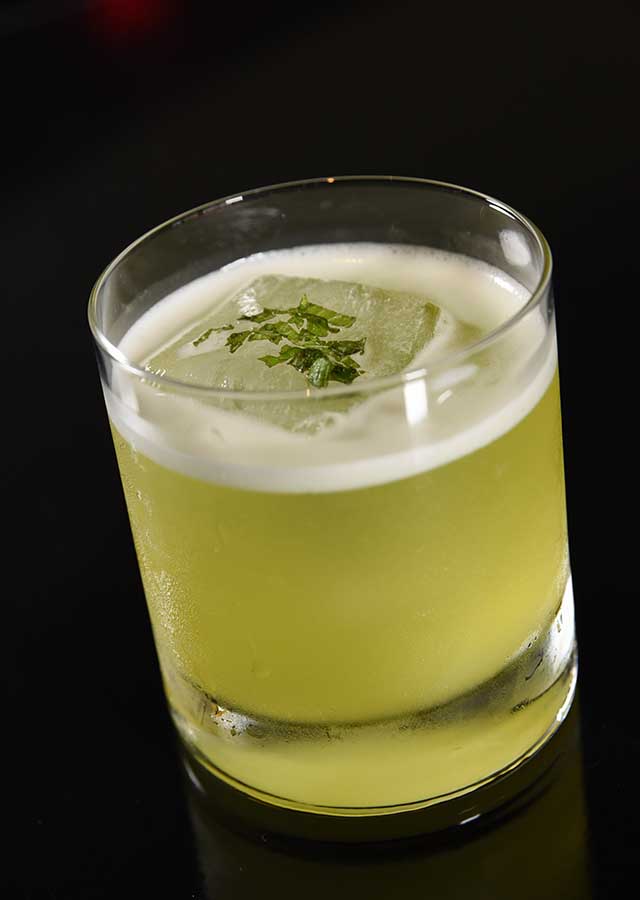 The Aztecs, who first produced Mezcal in ancient Mexico, described ultimate drunkenness as 400 drunken Rabbit Gods.  This cocktail, which may give you this same experience, is prepared by muddling Basil Leaves, which are shaken with Mezcal, Yellow Chartreuse, Pineapple Juice, and Lemon Juice, and strained into a rock glass with a large ice cube. 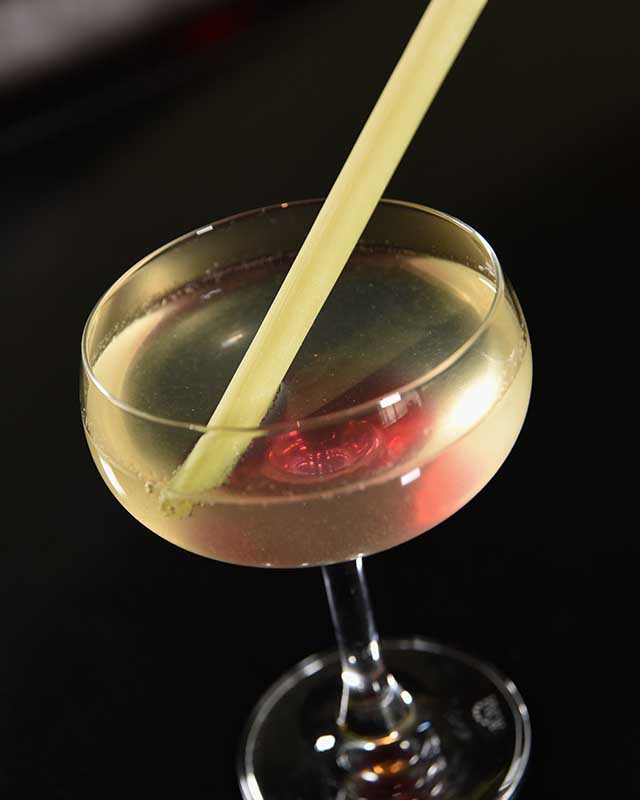 This lovely and slightly effervescent cocktail is shaken with Lemongrass Vodka, Thyme Syrup, Lemon Juice and ice, and strained into a chilled coupe glass, then topped off with sparkling wine and a drop of Hibiscus Syrup.

The Fontainebleau Hotel‘s glamorous lobby bar is the social hub for people watching with cocktails. 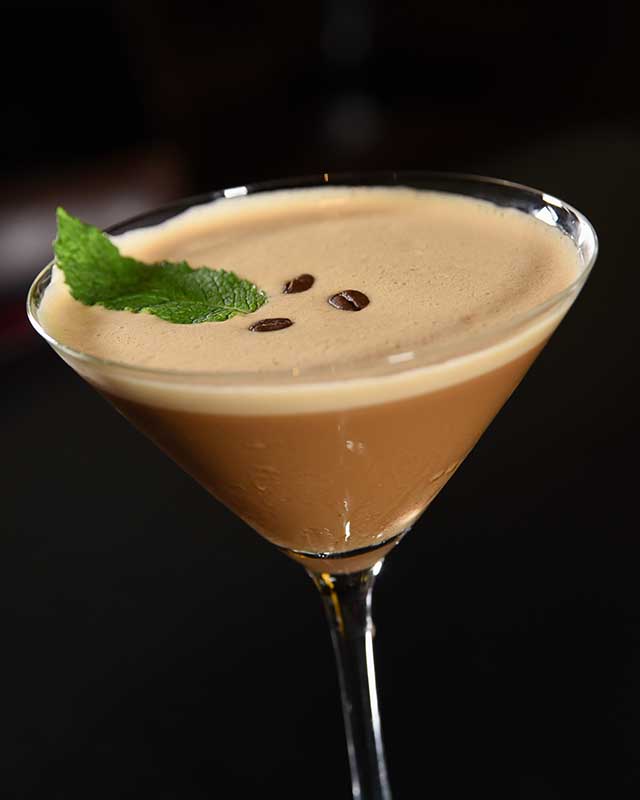 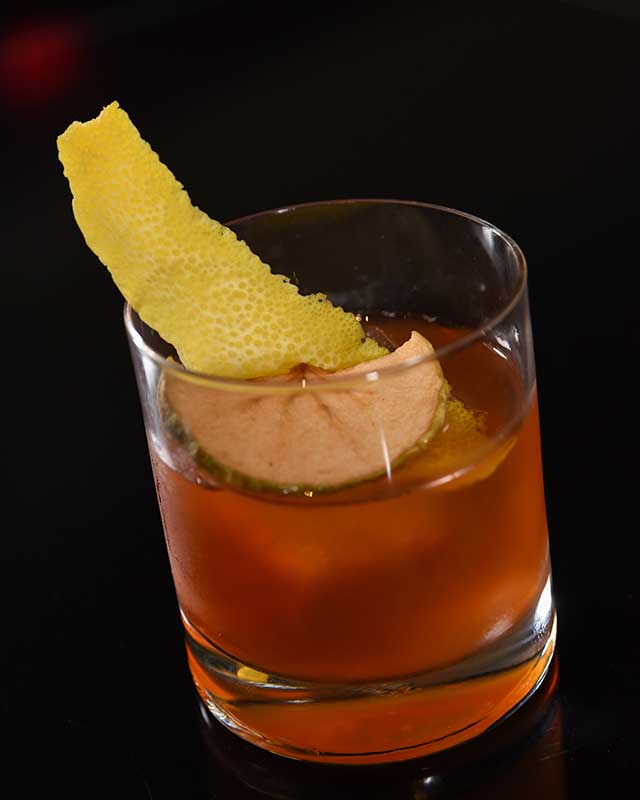 This Autumnal Old Fashioned is stirred with Granny Smith Apple – Vanilla Bean – Cinnamon Stick infused Bourbon, Simple Syrup, and dashes of Angostura and Orange Bitters, then, garnished macerated apples and orange peel.  TIP: If you preferred it served over a single over-sized ice cube rather than on the rocks, inform the bartender beforehand, so they can retrieve from the restaurant freezer. 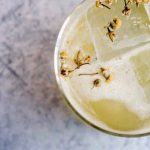 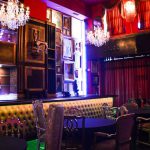