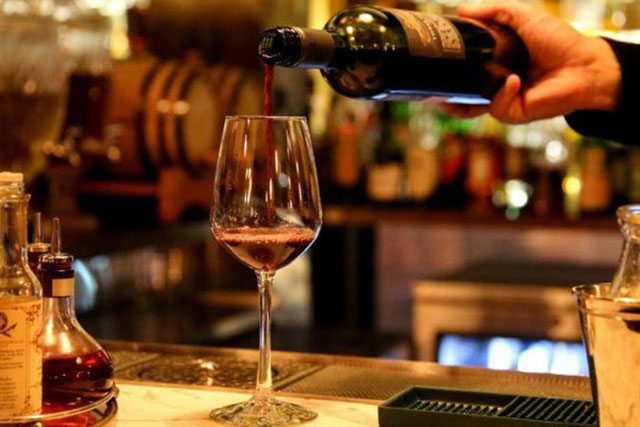 The beloved Aussie bistro, Burke & Wills will also feature a seven-course tasting menu from Executive Chef Rodrigo Nogueira (The Monkey Bar, Resto) with an all-Australian wine pairing by owner Tim Harris – all for the price of $75 per person.

Final Days of The Club Car 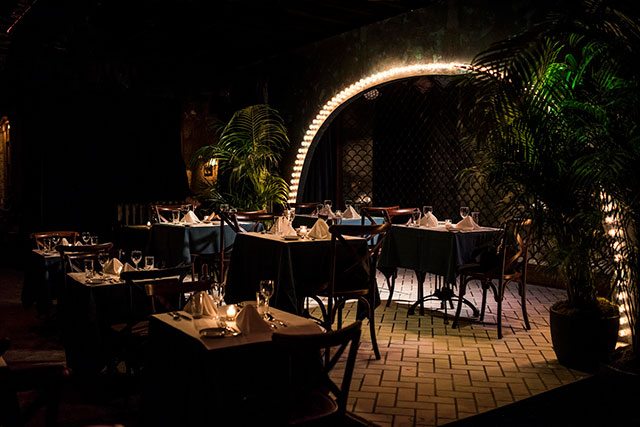 All aboard for the last chance to ride The Club Car at The McKittrick Hotel. Slated to leave the station after Labor Day Weekend, The Club Car has been extended through the official end of summer this month. 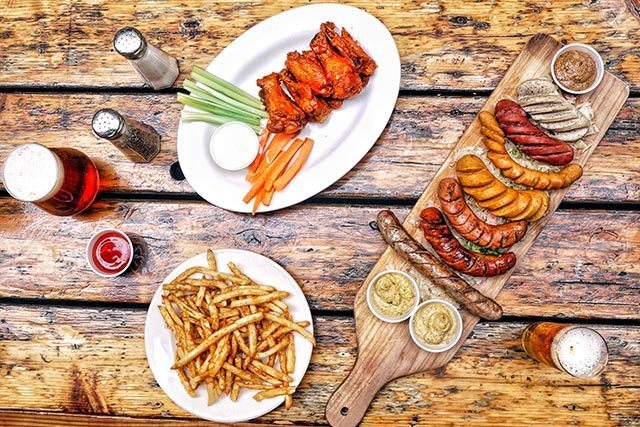 Prepare for “45 Days of Oktoberfest” – From mid-September to Halloween. This German celebration has no bigger stage in NYC than at the oldest German beer gardens in NYC. Loreley’s month and a half long celebration will feature everything from a free Oktoberfest Party & Keg tapping to weekly German beer tap takeovers to the return of Sausage Fest and the Haunted Beer Garden on Halloween. Find rotating beers on tap: Hofbräu Oktoberfest, Weihenstephan Oktoberfest, Spaten Oktoberfest, Schneider Wiesen Edel-Weisse and more.

Kick-off Oktoberfest on Saturday at Circa Brewing Co. with fresh beer, food specials, and live entertainment from 2:30PM to 5:30PM. Head Brewer Danny Bruckert will be serving traditional Oktoberfest favorites like a German Pilsner and Circa’s very own Oktoberfest Lager. Food specials include a classic German Pretzel and Bratwurst.

Note: Food and drink specials will be available through October 3rd, the final day of Oktoberfest. 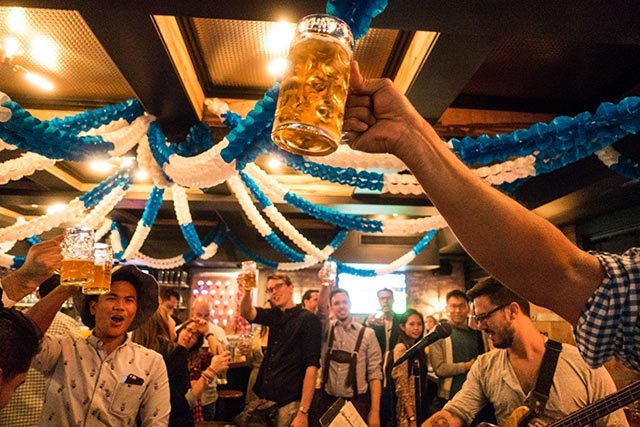 Get out your lederhosen and beer maid costumes out – Treadwell Park will be celebrating Oktoberfest at both their Battery Park and Upper East Side locations until October 8th. The food menu will feature German favorites sourced from local farms and vendors like the Treadwell Park Giant Pretzel, Wurst Sampler, Sauerbraten, and the Giant Schnitzel.

Taste Germany’s best beers with passport booklet that allows you to get “stamped” each time you get a beer from a different German region. When the booklet is filled, you receive a free stein. Note: Both locations will be hosting a kick-off party which will have band, stein holding competition, ceremonial cask tapping, live band, photo booth, and more.

After renovations, The Pennsy Food Hall is back with a new Beer Garden, oversized bar and vast outdoor patio. Swing by for the start of Oktoberfest with a tapping of the keg and a live performance by fan-favorite, German band The Scorpions at 6:00PM. Sip authentic German beers all night long and throughout the three week fest. Expect food specials from The Pennsy restaurants: Pat LaFrieda, Ribalta Mo, Taco Dumbo, Cinnamon Snail, Little Beet and Sabi Sushi, too.

Return on September 25th as the festivities continue – this time with Oktoberfest take on the age-old Pennsylvania vs. New York rivalry in honor of the Philadelphia Flyers vs. New York Rangers preseason game. Guests will enjoy live music, beer specials from Philadelphia and New York local beers, a stein hoisting contest and the chance to win tickets to a regular season Flyers vs. Rangers game. 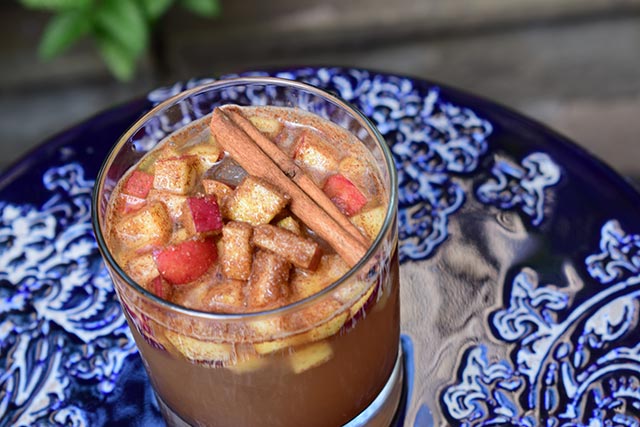 The annual Taste of Gramercy Neighborhood returns to Irving Place from 12:00 PM to 4:00 PM bringing together restaurants and chefs in Gramercy to highlight the neighborhood as a top cultural and culinary destination. In honor of the festival’s 5th anniversary, local trendy cocktail bar, Cibar, is offering a $5 seasonal cocktail during the event: the Cinnamon Moscow Mule with house-infused cinnamon vodka and cinnamon sugar-tossed apples. Tickets are available here.

All aboard The Jalisco Express – created and named in honor of the Tequila Express train in Jalisco, Mexico which took people to the agave fields in the lowlands of the Jalisco region #fact. This vibrant ‘tail is a blend of Tres Agaves Blanco, lime juice, and Tres Agaves agave syrup; a slice of jalapeño, cucumber and a pinch of basil atop. All you need to salsa into Sunday.

West Chelsea’s Hôtel Americano is bringing the famed Sabina Bandera – known for her Ensenada street cart La Guerrerense – to New York. The one-night-only evening at La Piscine, the hotel’s rooftop bar and restaurant will feature a menu of tostadas from Doña Sabina alongside bites from La Piscine Chef Bryan Noury (The Nomad), cocktails and live Mariachi. The Ensenada-inspired menu will stay put through October. 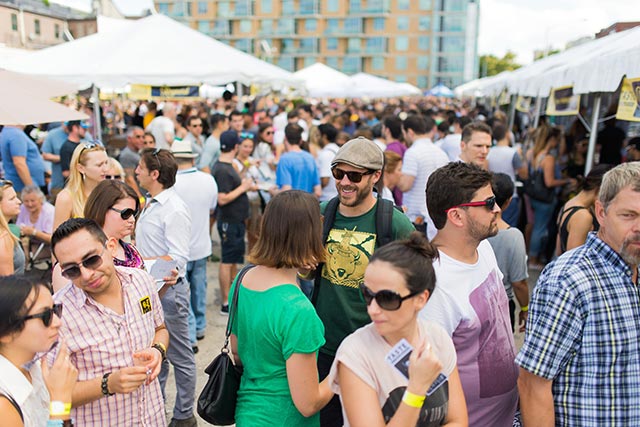 Spend your Sunday at the annual outdoor celebration of North Brooklyn’s local flavor. Entering its 8th year, this block party style tasting event features sample tastes from over 40 of the neighborhood’s best restaurants, bars, breweries and wineries, along with live music, demonstrations and much, much more… Sample bites from neighborhood newcomers like Leuca, Llama Inn, Du’s Donuts and Cheeseboat, as well as veterans, Pies ‘n’ Thighs and Maison Premiere. Purchase tickets here. 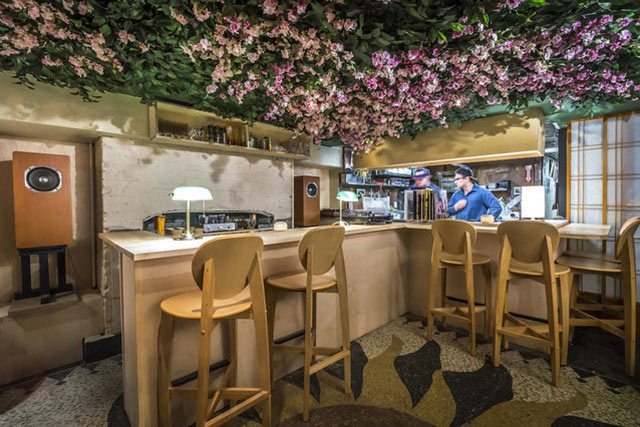 Descend underground into a listening room dedicated to quality and obsession through music, food and booze. Listen to Japanese audiophiles-inspired music while sipping on sake and cocktails. There are two seatings (6:30PM & 8:30PM) serving a seven-course Izakaya menu and “Vinyl Jukebox” – An interactive experience where the guests in the room create a custom playlist in real time. 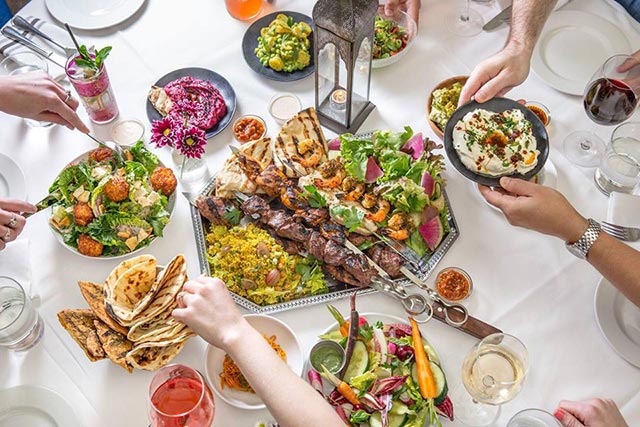 The food menu begins with dips and mezze like Roasted Corn Hummus with cilantro and pita; and ends with Tagine with cod, potato, peppers, cracked Olives, pickled lemon, cilantro. The cocktail list includes the Desecration with date molasses-infused whiskey and lemon juice; and Ayesha’s Vesper with vodka, gin and lillet blanc served in a fish flask with branded lemon, olives and pickled ramps on the side.

The Landmark at 57 West 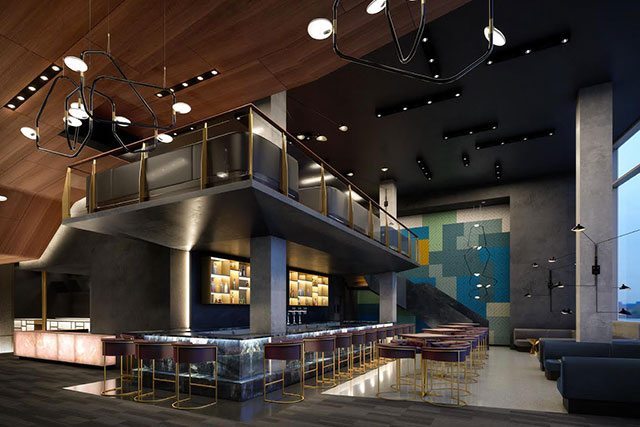 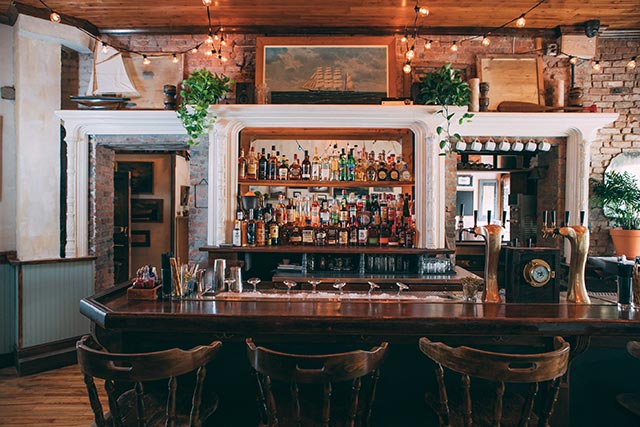 The boys behind The Wayland opened a go-to chill spot just 1.5 blocks away from The Wayland… Outfitted in vintage nautical (with a jukebox and shuffleboard table), The Lost Lady dishes out tacos and a cocktail list focusing on rum and agave spirits, and occasional frozen drinks. Make this your new late-night location.

Aussie Wine Week, Mexican Independence Day, Oktoberfest, Taste of
Alana Tielmann
A FIT alum, Alana is a fashion professional with great "taste." Not only does she know what is trending in fashion, she is up to date on the latest restaurants, bars and lounges in the New York City area. You can find her roaming the city streets (via Google Maps) in search of new dining spots while sporting an overcoat and Pumas. Follow to see what is trending - @alanatielmann
Recommended Posts 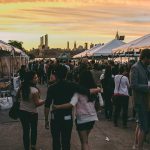 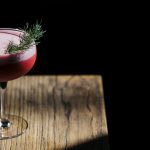