Here’s what is happening in NYC this week:

Friday, June 16th – Stop by Manhattan’s One and Only Adult Lemonade Stand

Behind the retractable garage door facade at Pergola is an adult lemonade stand – Open from 11:00AM to 8:00PM every Friday through Labor Day Weekend. Suck on a Petal Pop from FrutaPOP made with Tito’s Vodka, elderflower, lemonade and edible flowers for $8 (normally $11). There’s also Chandon 187ml bottles and Wölffer Estate Cider No.139 to celebrate Fri-YAY. 36 W. 28th St, 212-679-4842, pergolanewyork.com, @pergolanyc 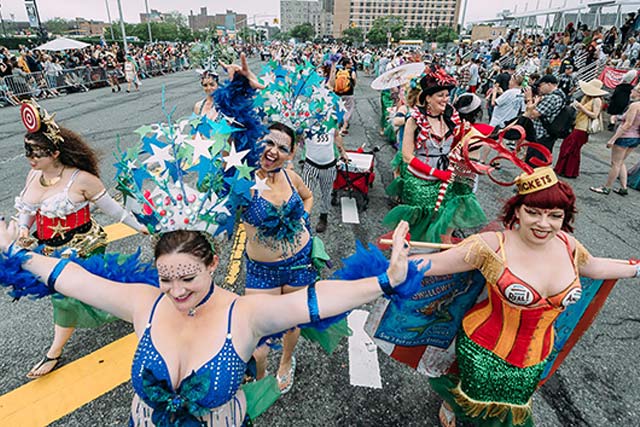 The mermaids have officially spoken! The annual Coney Island Mermaid Parade is back for its 35th year with ocean-inspired costumes – expect seashells and sequins – and a guaranteed “weird” time – Starting at 1:00PM. After, ride the Cyclone in Luna Park for its 90th anniversary, then cool off with a Mermaid Pilsner at the Coney Island Brewery. Surf Ave., www.coneyisland.com/programs/mermaid-parade, @mermaidparade 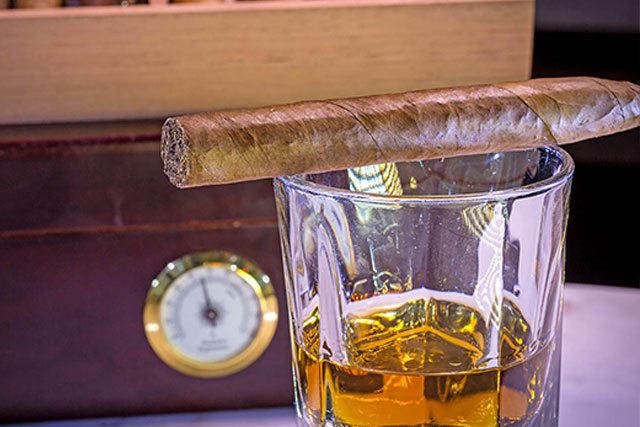 Treat Dad like a king with dinner at Empire Steak House. Both locations of the classic steakhouse are offering a four-course prix fixe menu – $74.95 per person – that includes a choice of Prime Sirloin Steak, Filet Mignon or Prime Rib Eye (chicken, seafood and pasta entrees are available, too). Dinner includes a choice of appetizer, salad, side and dessert. Let Dad sip a single malt Scotch from Empire Steak House’s extensive scotch list – The perfect prelude to his after-dinner cigar, compliments of the house. 151 E. 50th St, 212-582-6900; 237 W. 54th St, 212-586-9700, www.empiresteakhousenyc.com, @empiresteakhouse 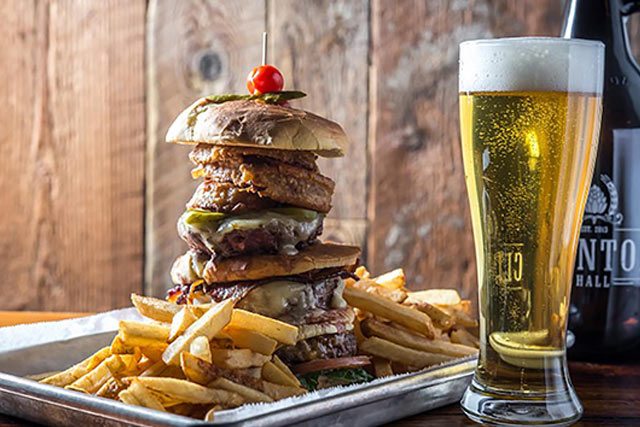 New to the Seaport, the 4,000 square foot Clinton Hall has a bit of everything for everyone, especially Dads! Spend Father’s Day at the bi-level alehouse featuring a 20/20 program – that’s twenty SUPERCRAFT seasonal draft beers on rotation expertly paired with twenty unique burger creations or – for this one day only – opt for BYOB, or Build-Your-Own Burger and $5 beers. Push Dad to compete in the Clinton Hall Challenge. The colossal challenge consists of three beef patties, 3 slices of American cheese, two whole wheat buns, apple wood smoked bacon, onion rings, French fries slathered in Clinton Hall’s signature sauce and a pint of beer. If the risk takers can complete this in 25 minutes or less, their meal is on the house. 19 Fulton St, 212-233-0305, www.clintonhallny.com, @clintonhallny 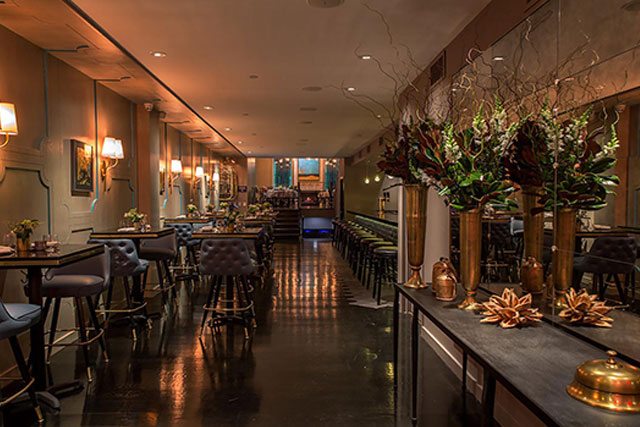 This sophisticated steakhouse is offering Dads a complimentary glass of wine or whiskey with the purchase of a dinner entrée. In addition to thick, juicy steaks, Blu offers a variety of seafood dishes as well as vegetarian selections so you’re sure to please the pickiest of Pops, as well as, the entire family. 116 E. 60th St, 646-893-0160, www.bluonpark.com, @bluonpark 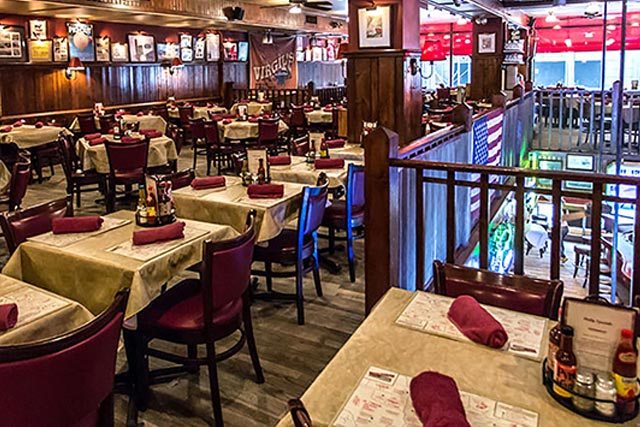 Virgil’s cares about Dad as much as you do. That’s why they are offering 90 minutes of unlimited Virgil’s Ale – the restaurant’s signature draft beer brewed by Magic Hat Brewing Company – with the purchase of any entree. Pair this light and crisp draft with Virgil’s famous Pig Out Platter which includes Memphis-style pork spare ribs, sliced Texas beef brisket, Carolina pulled pork, quartered BBQ chicken and two sides on a platter for one. 152 W. 44th St, 212-921-9494, www.virgilsbbq.com, @virgilsrealbbq 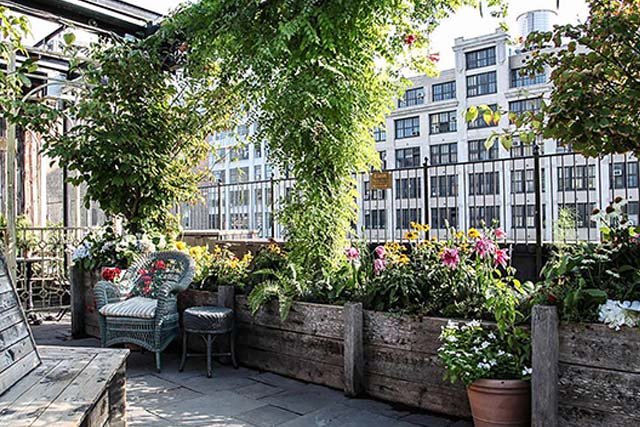 Take Dad to Chelsea’s Gallow Green for an all-you-can-eat brunch buffet (over two-hours), featuring live music by Brooklyn’s funky MK Groove Trio, plus an evening performance of “Sleep No More” for fans of immersive theater and Shakespeare-buff dads. For $38 per person, indulge in hot and cold stations abound with hearty fried chicken, apple smoked bacon, organic smoked salmon and a porchetta carving station, in addition to fresh seasonal fruit, salads and assorted French and Italian baked goods. Wash it all down with classic Mimosa and Bloody Mary brunch cocktails, alongside draft beers and seasonal drinks like the house signature Sleep No More, made with a refreshing blend of cacao-infused Banhez Mezcal, pineapple bitters, coconut soda and lime. 542 W. 27th St, 212-564-1662, www.mckittrickhotel.com, @gallowgreen 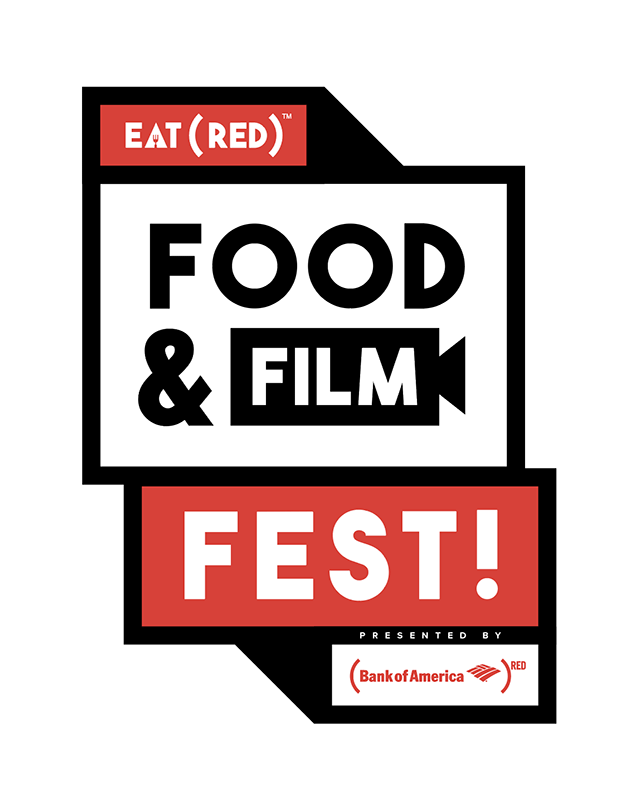 Enjoy a picnic and movie in the park at The (RED) FOOD + FILM FEST. Presented by Bank of America, savor an extraordinary picnic designed by renowned chefs Mario Batali, Ina Garten, Jean-Georges Vongerichten, Danny Bowien and Angie Mar, and a screening of “Sleepless in Seattle”. For $100 per person, guests will receive a gourmet chef-designed picnic in a tote complete with a red blanket, in addition to complimentary cocktails by (BELVEDERE)RED, wine by Josh Cellars, beer, water and free popcorn. All ticket proceeds will go to fight AIDS. Bryant Park, Enter on Sixth Ave. at 41st St, www.red.org, @red

Presented by Chase Sapphire, The Seaport Food Lab invites guests to be part of a culinary experiment as it welcomes a series of celebrated chefs in two-week residencies. The Food Lab showcases the Seaport as a destination for innovative culinary concepts, letting guests experience some of the world’s most forward-thinking chefs as they take inspiration from a neighborhood with deep historic roots. Each guest chef will collaborate with Sixpoint Brewery to create a custom beer for their dinner, while beverage partners will create specialty cocktails inspired by the chefs’ menus from brands including Jim Beam, and Hornitos. Chefs, Paul Kahan, Erling Wu-Bower, Cosmo Goss will kick off the series with a preview of their forthcoming Chicago concept, Pacific Standard Time from June 20th to July 2nd. 203 Front St, www.seaportdistrict.nyc/foodlab.html, @southstreetseaport 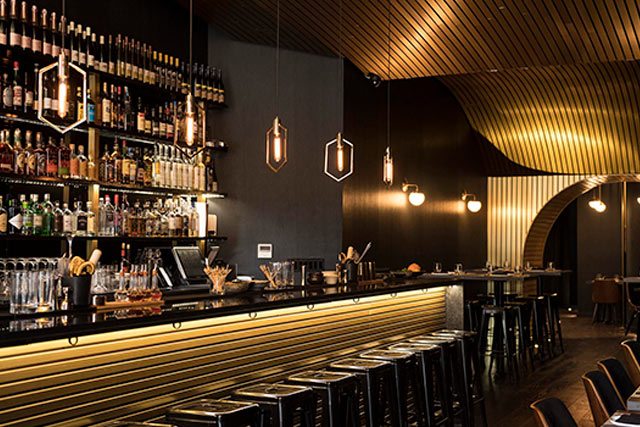 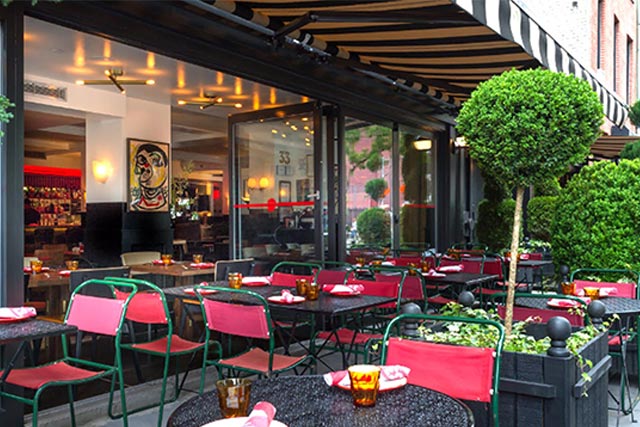 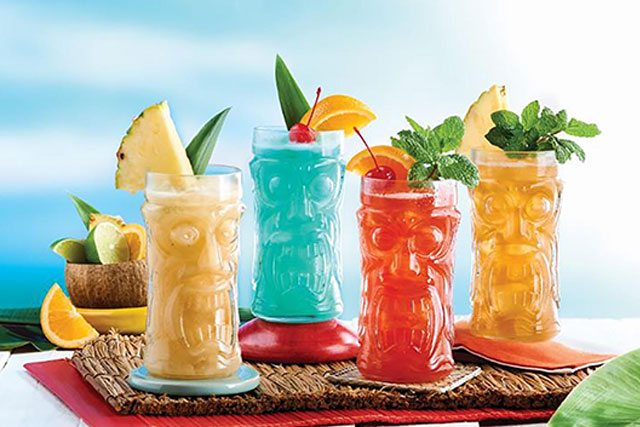 Bill’s Bar & Burger just launched Summer of Tiki at all locations. The special summer campaign features four tiki-tastic cocktails including a delicious Banana Daiquiri, Hotel Nacional made with rum, Hennessy, pineapple and apricot brandy, Blue Hawaiian made with vodka, rum and blue curacao, and Zombie made with rum, absinthe and grapefruit. The specialty cocktails are available for $12, now through Labor Day. All locations, www.billsbarandburger.com, @billsbarandburger

Summer Cocktails at The Flying Cock 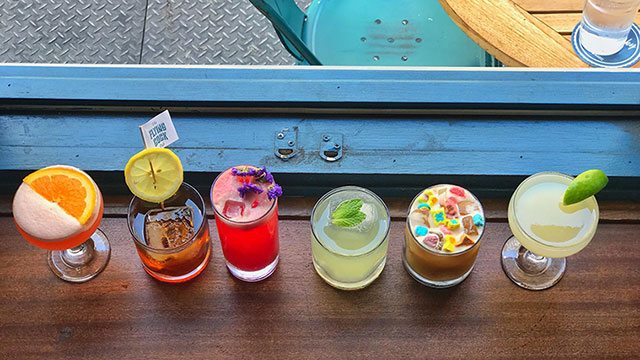 We know The Flying Cock in Murray Hill has unbeatable, unlimited COCK-tails during weekend brunch, so be sure to try their six new cocktails – priced at $12 – added to their daily menu. See what you’ll be sipping below – all developed by Cody Goldstein of Muddling Memories. 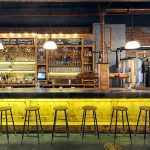