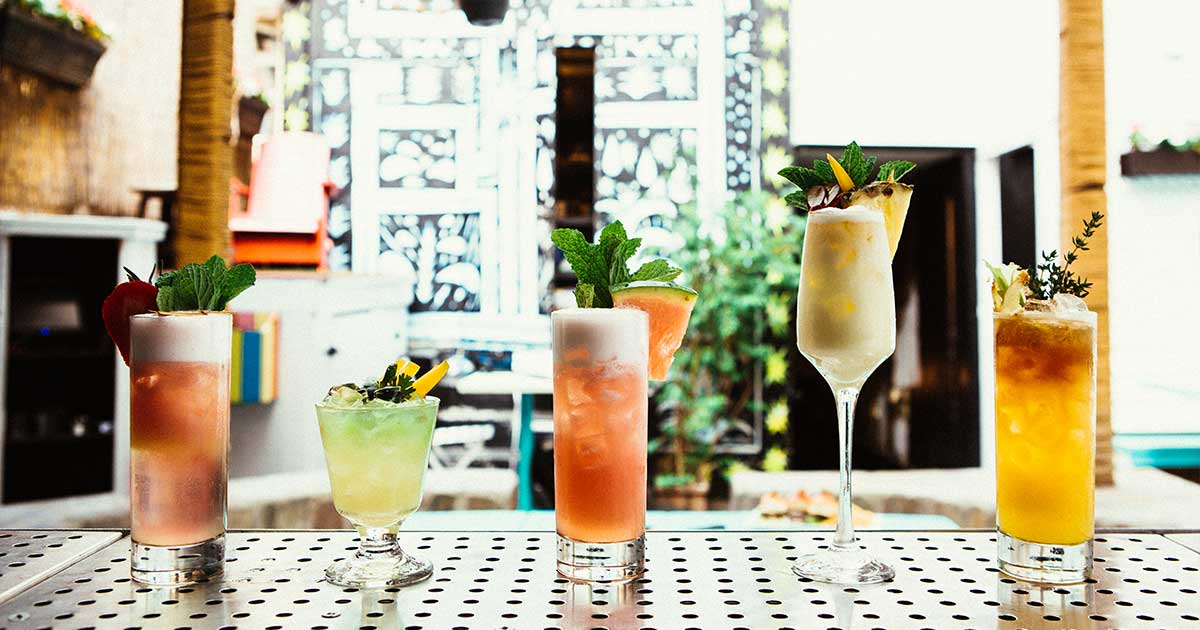 Where to Drink this Week in NYC 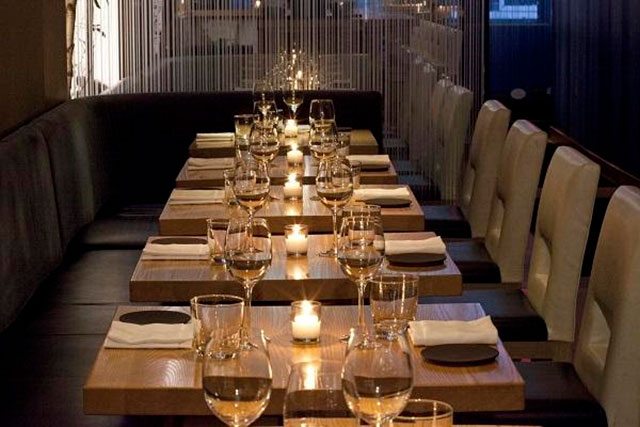 Join Chef George Mendes of Michelin-starred Aldea and James Beard nominated Chef Abe Conlon of Chicago’s Fat Rice on a culinary journey of Macau and Portugal in honor of Portugal Day. For $140 per guest, begin the night with canapé and wine reception, followed by a collaborative four-course dinner paired with wines from the lengthy list of “50 Great Portuguese Wines.” Wine ambassador Eugenio Jardim of Wines of Portugal will be on hand to walk guests through the pairing experience. Tickets available here – Tax and gratuity included in price. 31 W. 17th St, 212-675-7223, www.aldearestaurant.com, @aldeanyc 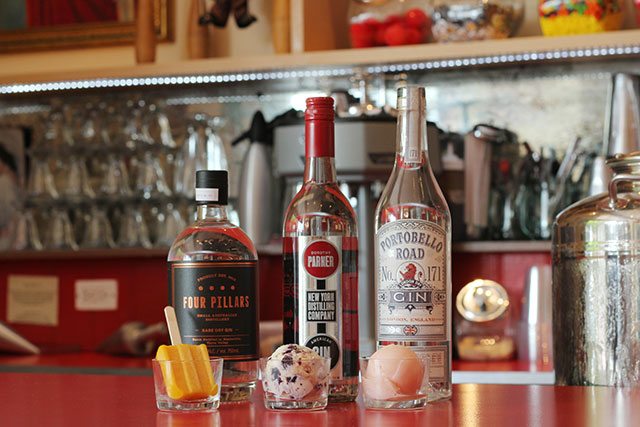 OddFellows Ice Cream Co. in Williamsburg is launching a flight of gin treats made with Dorothy Parker Gin, Four Pillars Gin and Portobello Road Gin. Available from Friday, June 9th to 11th – at $13 for all three flavors – the trio was created to highlight the interesting notes in each of the award-winning craft gins from around the world. For instance, Australian-based Four Pillars Gin uses full oranges in the still to create their gin, so OddFellows’ Sam Mason helps extract that flavor with tangerine juice. See the flight flavors below.

‘Tis the music-loving season. The award-winning American restaurant and lounge from renowned restaurateur Cameron Mitchell, is hosting a special Tony Awards viewing party in their lounge. Guests are invited to stop by for the 71st telecast while they sip on specialty cocktails named in honor of this season’s shows – i.e Cats Cucumber Gimlet with Bombay Sapphire Gin, muddled fresh cucumber and hand-squeezed lime. There’s complimentary truffle popcorn and a newly revamped Pre-Theater Menu including an appetizer, large entrée with a side and dessert. Guests can even fill out a special awards ballot with their predictions for the chance to win a $150 gift card to Ocean Prime New York. 123 W. 52nd St, 212-956-1404, www.ocean-prime.com, @oceanprime_cmr 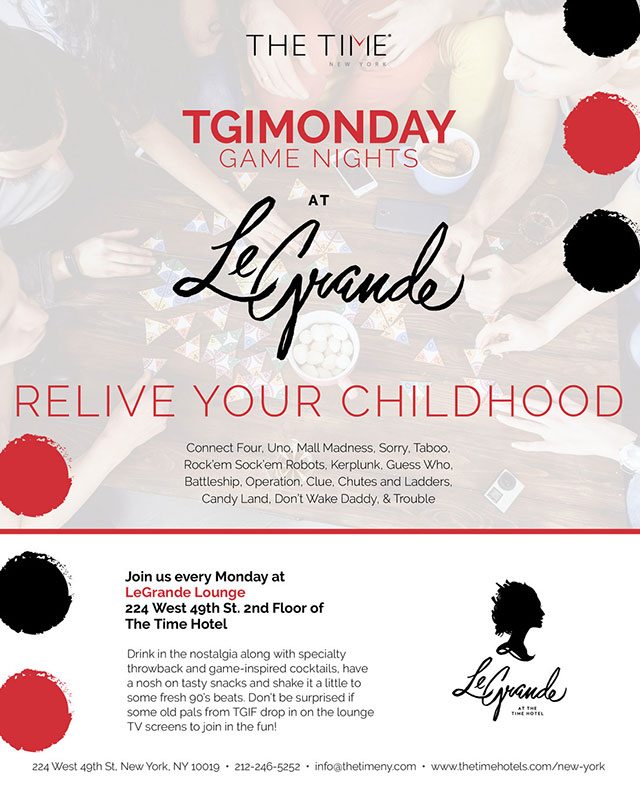 Gays Against Guns, plus twenty partnering LGBTQ bars welcome the public to participate in a one-year anniversary memorializing the 49 victims of the Orlando Pulse Nightclub massacre. Meet outside The Stonewall Inn at 6:30PM, then flood the city streets to mourn the victims, celebrate the LGBTQ community and demand their spaces remain safe from homophobia and gun violence. After the Memorial Rally, swing by partnering bars including The Stonewall Inn, 9th Ave Saloon, Henrietta Hudson, Cubbyhole, Julius, Phoenix, Rise, Mickey Spillane’s for community-building and drink specials. Special guests include Pulse survivor, Keinon Carter and singer, Aaron Paul. 53 Christopher St, 212-488-2705, www.thestonewallinnnyc.com, @thestonewallinn 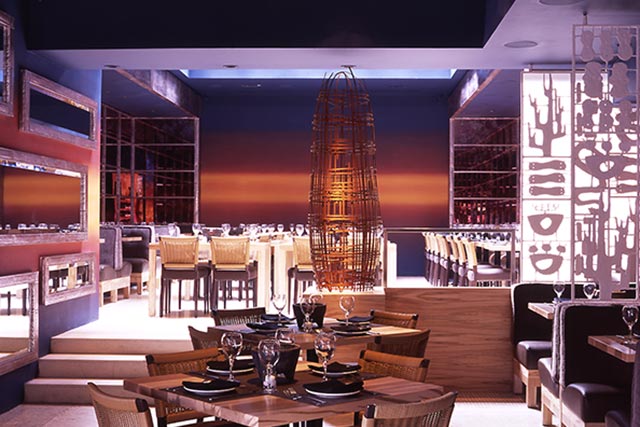 Dos Caminos is teaming up with the Casamigos Tequila to host an exclusive Casamigos Tequila Dinner. The evening will begin at 6:30PM with passed canapés and a featured cocktail, Jalisco Flower with Casamigos Blanco, St. Germain, ruby grapefruit juice and champagne; followed by a three-course dinner paired with three expressions of Casamigos Tequila. Tickets are $120 per guest and can be purchased here. Dos Caminos Soho, 475 W. Broadway, 212-277-4300, www.doscaminos.com, @doscaminos 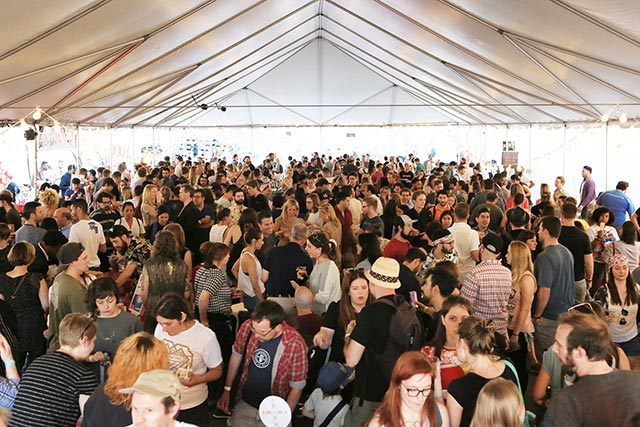 Babu Ji relocated to a new, larger location off Union Square. The restaurant will serve Chef Jessi Singh’s acclaimed modern Indian menu – plus Tasting Menu – alongside a brand new beverage program featuring diverse wines hand-picked by Laura Maniec of Corkbuzz Wine Studio (across the street), large selection of local beers, as well as rotating draft beer offerings. Cocktails include Don’t Tell Auntie with tequila, mezcal, Aperol, beetroot, lime and black lava salt, and large format cocktails like the Chat Cobbler with vodka, absinthe, amontillado sherry, blackberries, raspberries and watermelon. Like the original location, the restaurant’s new space continues to draw inspiration – in both food and design – from its charismatic namesake: “Babu Ji”, a Hindi term referring to the charming neighborhood ambassador or “mayor of the block” who revels in good food, company and atmosphere. Babu Ji’s bold and lively personality (and love of gold) is reflected in the decor through the use of rich colors, glimmers of gold and intriguing images of favorite Babu Ji’s of India. 22 E. 13th St, 212-951-1082, www.babujinyc.com, @babujinyc 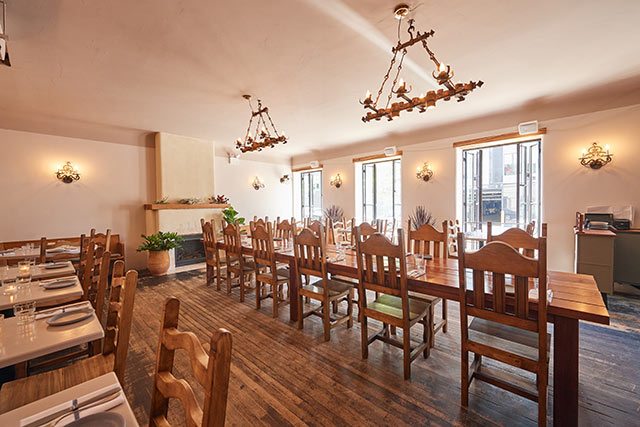 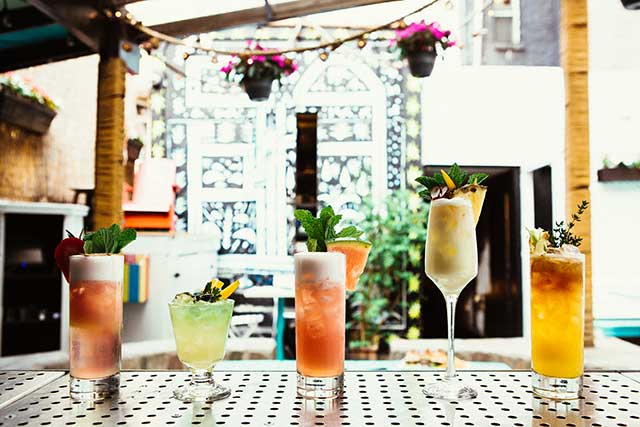 Chocolate lovers: Max Brenner just rolled out a new dessert menu including a sampling of its newest churro dishes like the Churro Taco Waffle – homemade waffles that are deep-fried, rolled in sugar and cinnamon then drizzled with chocolate sauce and filled with vanilla and chocolate ice cream, and topped with mixed berries; Choco-pops served with a mini carafe of milk chocolate ganache on the side. Lastly, they have a new Crystal Churros Fondue – Homemade churros served with muddled raspberry sauce and your choice of milk, dark or white chocolate fondue for dipping. Try not to salivate. 841 Broadway, 646-467-8803, www.maxbrenner.com, @maxbrennerusa 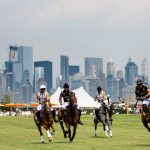 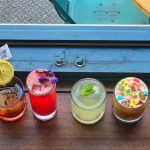