The New World – Op-Ed On Tipping By Justin Skrakowski

The bars weren’t open this morning

They must have been voting for a new president or something

Do you have a quarter?”

I am at work. Or back at work I mean.

I’m a bartender. I’ve been doing the same work for over 20 years.

But now I’m doing that same work in a new world, so maybe it’s not the same work anymore.

I hope you did the quick math and paused there.

In the old world, I’d honestly think nothing of it other than, He’s an asshole, so what? The most I’d have done was make a mental note like, “Remember the bald guy with the shitty mustache so I can deny him service for a long time if he comes in again.”

But that’s the old world.

Where the bar was at capacity, and one or two bad tippers didn’t offset the night.

I’ve talked to many people about how with all this time away from work since our jobs have been placed on hold, that I’m more myself than I’ve ever been allowed to be. I think you might be, too.

We should be thankful.

I don’t know what “myself” means, I just know that I have had the opportunity to practice at it without work getting in the fucking way.

My work as a bartender has always meant stifling whatever that thing called “myself” is, absolutely and completely. And in doing so I’m making myself more of the boss or the owner than whatever myself is. To ignore “me” is to adopt another human’s life, a pod person sort of thing. Let me pretend so I can continue to not offend anyone and get along and maybe nobody will notice that I’m different and then I can stay alive.

There’s an old Japanese saying, “The nail that sticks out the farthest gets hit on the head the hardest.” It means to conform or get fucked up.

To not say anything was how we survived. To let things go, to not get pissed about less than 20% tips, to ignore bad behavior, to not get involved with political discussions across the bar; all these were ways of being a good uniform nail.

This is not how survival is going to happen any longer.

There have been a lot of articles going around about being a better customer (I don’t use the word “guest” because fuck Danny Meyer). And these are all well and good but are only being passed around between service industry folk.

The only way we are going to be able to make it at 50% capacity is by finally standing up for ourselves to the customers when they tip.

This is the new world and I never advocated for this before. Previously I would have been offended to hear of anyone I worked with doing this to anyone drinking in our establishment.

But now that I am actually risking my life to bring you a fucking beer, you better act right.

We have to normalize standing up for ourselves and shaming bad customers.

Whether these people can’t wear a mask correctly or tip less than 20%, this is no longer about hoping that this information will trickle its way down to these pieces of shit (and yes, they are pieces of shit if they want to argue about a mask or tip out of accordance with what is happening in the world), this is about it finally being okay to call people out.

This is no longer hospitality as we knew it, and we should be happy about that.

If customers just have to be at a bar, they should consider it mutual aid.

Now is the time to finally stand up for ourselves, and for bosses to have our backs when we do so. And this is only going to happen by confronting people when it happens.

Let’s stand up for our humanity… finally.

Don’t take the abuse of the old world any longer.

So I may just be figuring out what “myself” means. It’s been a long 38 years of denying this person any personhood but I’ll just call it survival in a bad system.

In this new world, I can—and must—stand up for myself. We all need to.

For our friends that have died by merely going to work. For all of our “selves” for risking safety to provide someone with the ability to socialize outside of an apartment. In this way, we are doing something good right now. But this does not mean that we have to put up with any bullshit any longer.

In over 20 years of doing this job, I do something that I’ve never done before.

I look at the bald guy with the shitty mustache.

“What the fuck is this?” 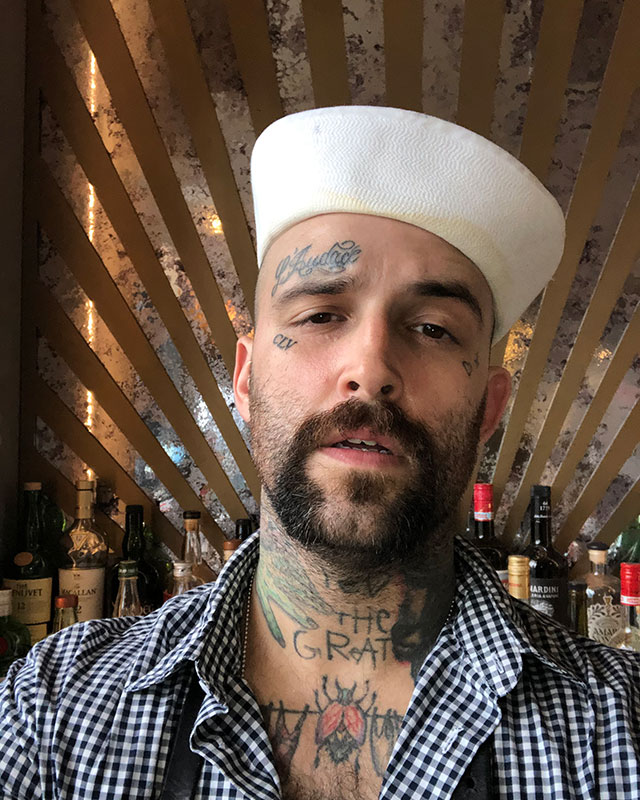 Top Stories From Around the Drinks World For August 7, 2020Features