Pagan Rites of Spring Cocktails at Midnight Rambler in Dallas

At Midnight Rambler in Dallas, co-owners – and husband-and-wife team – Chad Solomon and Christy Pope are all about creating killer cocktails – and the Spring 2018 menu is one to check out. Taking inspiration from the Pagan Rites of Spring, the new drinks incorporate “themes of rampant fertility, renewal and the balance of light and dark, with flavor and aroma coming on like trance-inducing Dionysian rhythms,” explains Solomon.

Located at The Joule, Midnight Rambler has gained a dedicated following thanks to an ever-rotating selection of drinks from Solomon, who got his start at NYC’s Cellar Bar at the Bryant Park Hotel, and Pope, an alumna of cocktail mecca Milk & Honey. For spring, the libations incorporate ingredients like herbal liqueurs, gin, aquavit, grape brandy and mezcal, as well as floral and herbal elements, such as jasmine, orris, lavender, lemon thyme, Sakura, dill, and cilantro, to name a few. 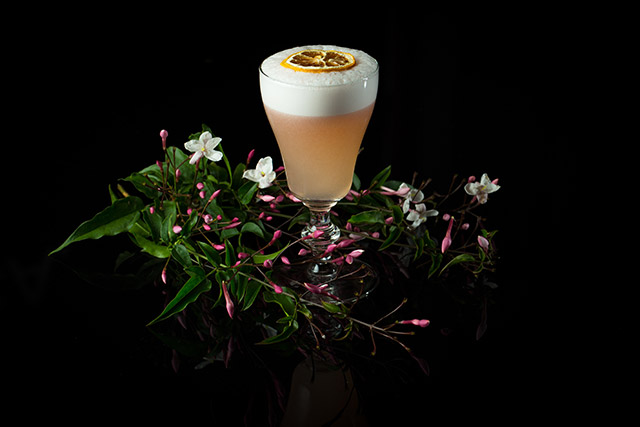 The Ostara, named for the Celtic godess of Spring, is built on a base of Italicus Rosolio with orris, lavender, vanilla, rose, housemade bergamot gin and TX mineral water while the Night Bloom – which blends gin, jasmine, peach, Star Anise, lemon, egg white – is a reference to when the jasmine flower opens up and gives off its intoxicating scent.

Says Solomon, “Florals are some of my favorite ingredients to work with and spring brings about the best opportunity to showcase different florals across the menu in the form of essences such as the jasmine perfume for the Night Bloom, or extracts such as rose, lavender, orris, and vanilla in the Ostara, or essential oil in the form of Sakura for the Cherry Blossom, all of which are favorites on the new menu.”

Other drinks to try from the new menu include: 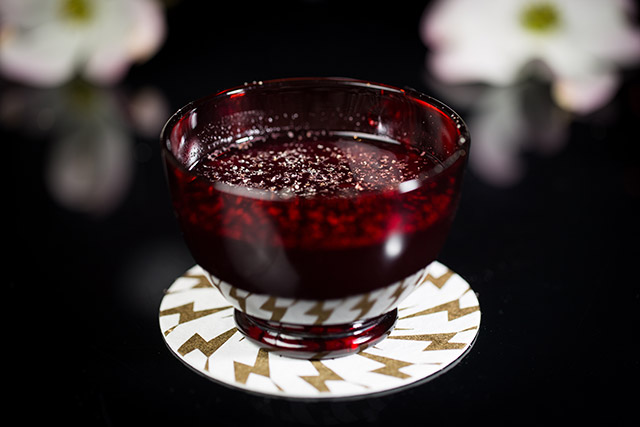 Made with Cabernet Sauvignon, Jamaican rum, Fraise, lemon, green cardamom and nutmeg, this wine-based punch is a tribute to the Greek and Roman mythology of Dionysus and the Bacchanalia. 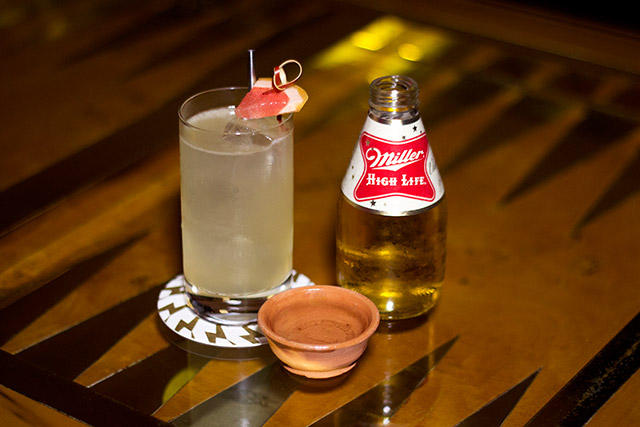 A rotating staple on all of Solomon’s menu, the Solomon Sling for Spring 2018 is made with gin, Singani, pear EDV, elderflower, lemon, Angostura, soda and grapefruit zest, served with a side of mezcal and a beer chaser in honor of writer Hunter S. Thompson who revealed the shot and pony of Miller High Life to be his preferred accompaniments to a Singapore Sling. 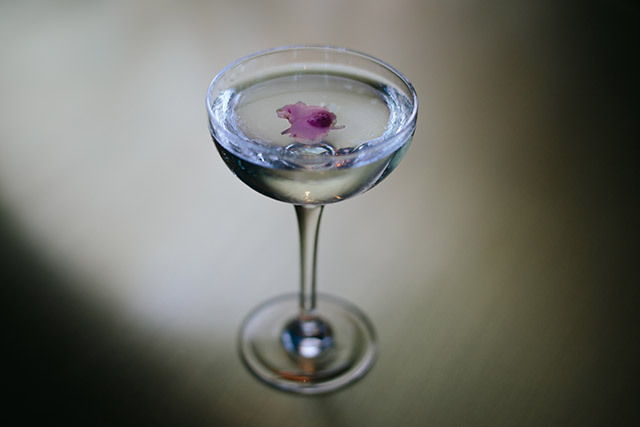 A nod to Solomon’s former Pegu Club colleague Kenta Goto and his Sakura Martini – now served at Bar Goto – this drink is a blend of Japanese gin, Kirsch, Maraschino, sake and Sakura essence.

Mad As a March Hare 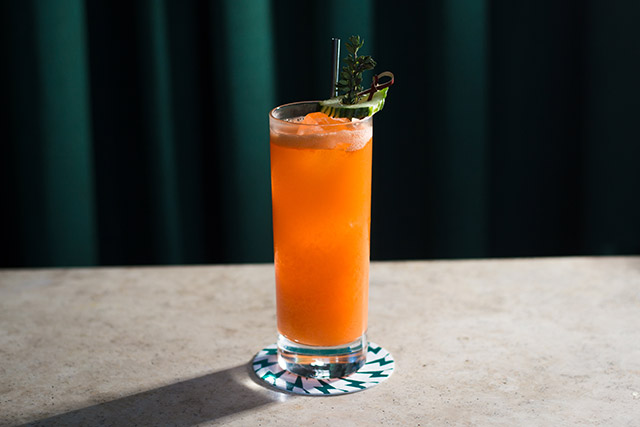 The name is a reference to the behavior of the European hare during the March mating season and is a must-try mix of tequila blanco, Bianco Vermouth, cucumber, dill, lemon and carrot soda. 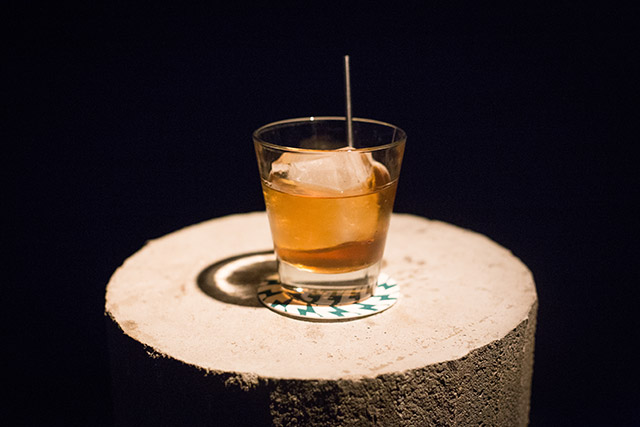 Eostre, the Anglo/Saxon goddess of Spring, was celebrated with the birch tree and the sap it produces. This inventive drink combines Crown Maple syrup from upstate New York enhanced with pippali long pepper, birch pepper and Angostura, along with Texas Rye Whiskey. 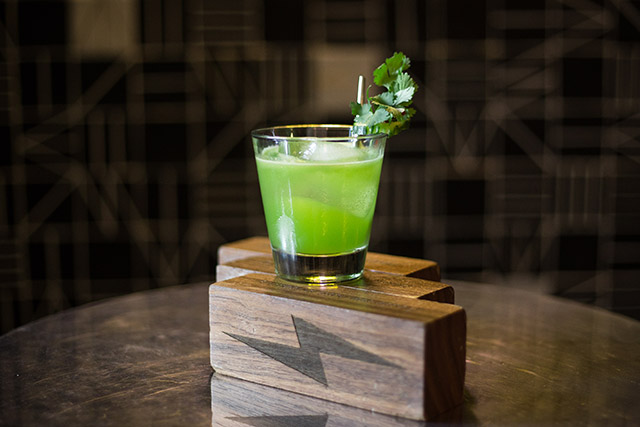 Based on the ancient Aztec tale of Quetzalcoatl, this drink is a refreshing and piquant riff on the margarita with tequila, mezcal, Cointreau, cucumber, cilantro and lime with some jalapeño for extra heat.

The official name of Solomon and Pope’s operating company, it’s also a classic New Orleans drink created by Martin Wilkes Heron in 1874. At Rambler, Solomon and Pope are serving this cocktail for the first time and it’s made with Spiced Bourbon, stone fruit, orange blossom honey, Creole bitters and lemon zest. 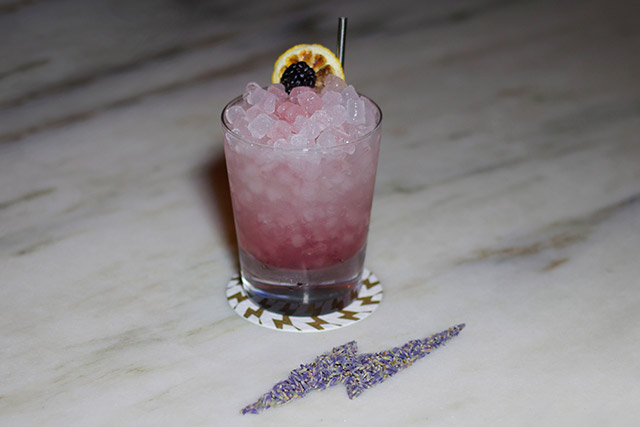 There’s nothing like a good Bramble cocktail for warm weather drinking and this one – built around the flavors of lavender and blackberry – features gin, lemon and Crème de Mure. 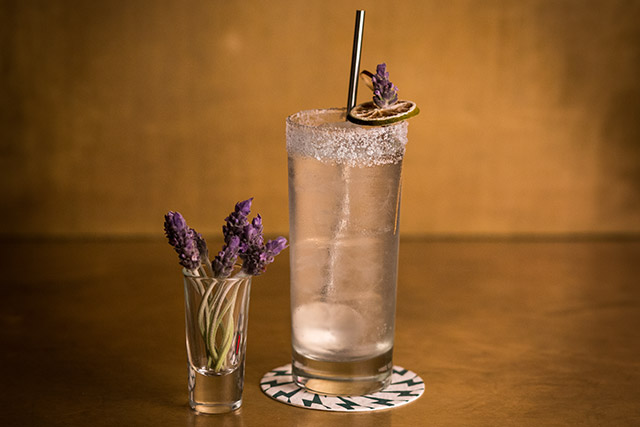 The basic vodka and soda gets an overhaul with this update, made with vodka, hand-hammered lime, soda and housemade lavender salt and named for musician Alex Chilton, a founding member of the 70s band Big Star.

Drink one, drink ’em all. 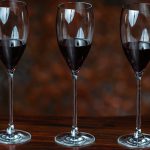 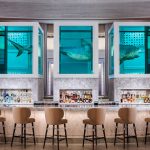 From Dust to Gold-en Cocktails: Inside the Redesigned Palms Casino Resort in Las VegasFeatures