Many have been eagerly anticipating Pamela Wiznitzer’s next move after the closing of beloved cocktail bar, Seamstress, back in June of this year. Last week, she announced via social media that she would be teaming up with longtime friend and highly acclaimed Chef, Joseph “JJ” Johnson, for Henry NoMad in the lobby of the LIFE Hotel.  No stranger to folks waiting on their next move, this is the first solo venture for Chef JJ after making a name for himself at The Cecil in Harlem.

The new concept promises a food menu by Johnson that is inspired by all of the Diasporas of the African experience – bringing in Latin infusions and the Caribbean flavors of the chef’s childhood. Chef JJ is teaming up with longtime friend Pam Wiznitzer in creating a seasonal, minimal-waste cocktail program complete with mojitos and martinis on draft to match his dinner menu. We will have a full report on the cocktail menu soon, but we can share that some fan favorite Wiznitzer classics will be coming along to the new spot as will Luis Hernandez who will serve as Head Bartender.

With the joining of these two superstar forces, we expect Nomad Henry to be the talk of the town for quite some time.  We can’t wait to get to Henry Nomad to give a full report, but in the meantime, we got some exclusive words directly from each of these massive talents about Henry Nomad.

Pamela Wiznitzer breaks it down

“When JJ and I met years ago, we instantly clicked and knew that one day in the future we wanted to find a way to collaborate. He has such a strong passion for food, with bold and unique ingredients that you often don’t see on menus. I’ve been eating his food since 2013 and always wanted more from his beverage programs that highlighted the dishes and incorporated the same flavors. When he reached out to me about this program, it was a no brainer. After learning and dissecting the menu, I ensured that the drinks incorporate elements of his cooking by sharing similar ingredients. By collaborating with the kitchen, I not only maximize the use of our produce and perishables, but also make the menu hyper seasonal and (when possible) locally sourced. As opposed to changing the rotation of drink offerings 4 times a year, drinks will organically come on and off the menu based on the changes of the restaurant menu.”

Additionally, we are working as a team to be as environmentally conscious as possible. We are using metal straws, reusable coasters, and with head Bartender Luis Hernandez, we are working on making most of our drinks closed loops cocktails.

There are so many drinks I love on the menu, but the whirlwind might be my favorite. It’s a play on a whiskey sour but was inspired by JJ’s kohlrabi dish that uses a peanut sauce, blueberries and sorrel. The cocktail has a peanut washed Dewars scotch, a blueberry/sorrel syrup, lemon juice, egg white and a sorrel powder top!”

“When I met Pam many years ago on the food scene, I had a hope that we would work together someday – and the timing for this project at Henry worked out so perfectly.  Pam has a deep understanding of bar hospitality and how to pair flavors together, and creating an elevated cocktail program in a boutique hotel setting has been amazing.   I love seeing what Pam and her team are doing with so many ingredients from our Pan-African menu, like Thai basil, ginger, shiso, yellow pepper and more.  My favorite drink so far is the Whirlwind – maybe that’s Pam’s favorite too!  I love how she plays off of the peanut sauce and incorporates sorrel into the cocktail.”

celebrity chef New York City NoMad Pamela Wiznitzer
Pamela Wiznitzer Teams Up With Chef JJ Johnson For Henry NoMad2018-08-292018-08-29https://thirstymag.com/wp-content/uploads/2016/04/thirsty-nyc-logo-1.pngthirsty.https://thirstymag.com/wp-content/uploads/2018/08/henry-nomad-feature.jpg200px200px
About
Tara Fougner
Co-Founder of thirsty, Tara Fougner has over over 15 years of industry experience and a passion for the global beverage community. One might think that Tara was destined for beverage media as her great-grandfather, G. Selmer Fougner, is credited by David Wondrich as being "America's First Drinks Writer." A lifelong New Yorker, you can usually find her hunkered down on some barstool around the world chatting up the bar crew about their beverage program and endlessly taking pictures of drinks for the 'gram. In 2020, Tara was honored by Drinks International on their 'Top 100 Most Influential In the World' List. 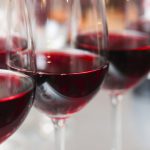 The Bottles You Need on National Red Wine DayFeatures, Spotlight 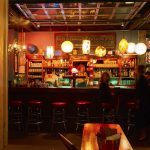