In 2019, It’s All About Pantone Living Coral Cocktails

As we now know, Living Coral is Pantone’s color of the year for 2019. Since the announcement, the deep sea-inspired hue has been popping up everywhere – including in stunning, colorful cocktails. Here are a handful to check out at bars and restaurants around the country.

Third Times A Charm at The Blind Pig Kitchen + Bar 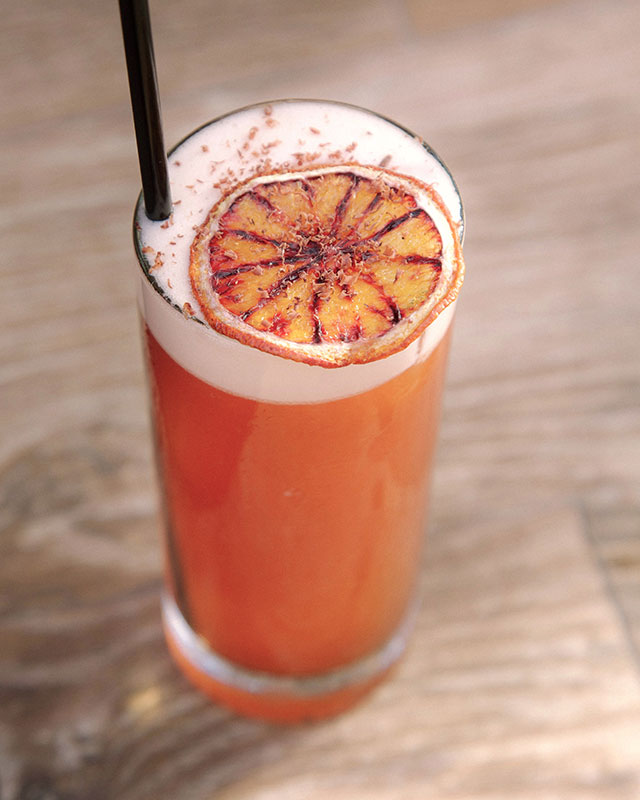 At The Blind Pig Kitchen + Bar in Rancho Santa Margarita, California, the Third Time’s A Charm cocktail is giving off major Living Coral vibes. Madw with Genever gin, campari, cacao, bitter vermouth, blood orange, lemon and brown ale, it’s a delicious riff on a popular classic cocktail. “Third Times A Charm was inspired by the Negroni,” says Ryan Autry, Bar Manager/Spirit Animal of The Blind Pig Kitchen + Bar. “It’s bitter, sweet, and citrusy in taste, but I wanted to take it to a more earthy and malty place –  something that still carried the classic feel of Negroni, but with a more modern twist. The color comes from the crimson red Campari and blood orange, combined with the darker bitter vermouth and brown ale.” 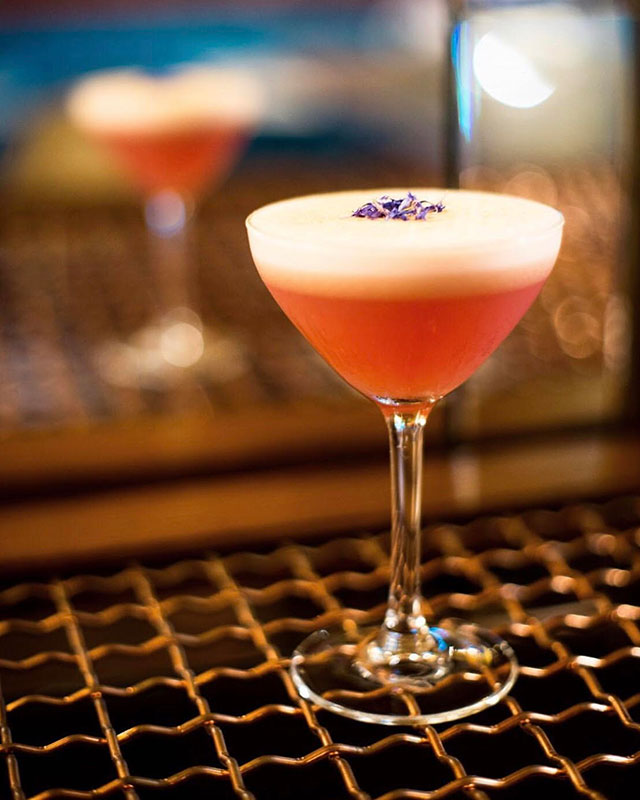 At the Life Hotel in NYC’s NoMad neighborhood, Gibson + Luce is getting in on the Living Color action with their Tapatio cocktail. Made with Tequila Cazadores Blanco, Oloroso Sherry, Corn Milk, raspberry, lemon, egg white, toasted Milk Powder and corn flowers, it’s already totally on trend for 2019. 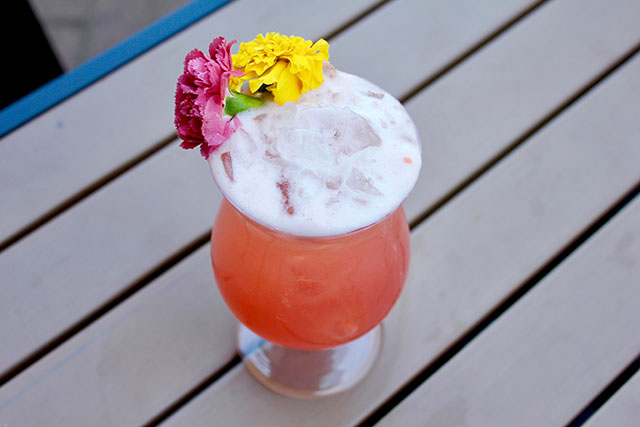 Taking it’s inspiration from the Caribbean, the Rood Bird at Mortar & Pestle in San Mateo, California is a taste of the islands. Made with Jamaican Rum Blend, Campari, Guava, Lime, Bittercube Mahalo Bitters, “the original inspiration was to do a tart tropical drink that focused on a guava flavor profile, to pay homage to the Indian heritage of the bar,” says Preston Lai, bartender and creator of the Rood Bird. “The end result turned out to be a riff on the Classic Jungle Bird cocktail. Guava in Hindi is “amrood” and since we decided on a Jamaican rum blend the Rood Bird was born. The drink is served in a clear glass so guests can see the vibrancy of the color, with contrasting flowers as a garnish.  Nothing says tropical quite like the color of coral reef.” 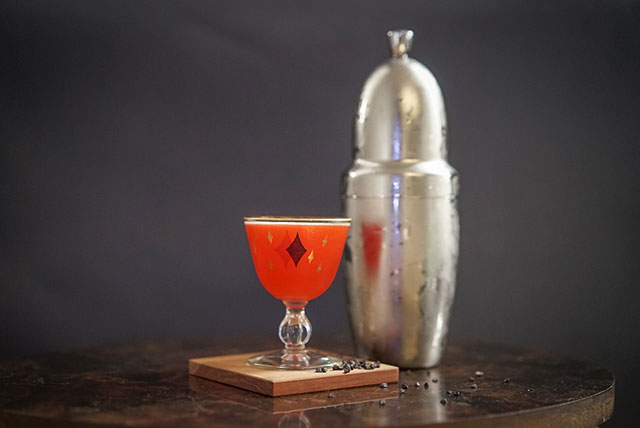 The Alchermes Sour at Bittercube Bar & Bazaar in Milwaukee is embracing all things Living Coral. Made with lemon juice, simple syrup and Heirloom Alchermes liqueur, “which is packed with a blend of aromatic botanicals pieced together from very old recipes and colored with cochineal, the only natural source of red or scarlet color,” explains Brandon Reyes. “The pigment in cochineal is a natural pH indicator, so an acidic substance such as lemon juice changes it’s color. When mixed, the Alchermes Sour is a fantastic way to experience the complex flavors of the liqueur, as well as displaying a beautiful shade of coral.” 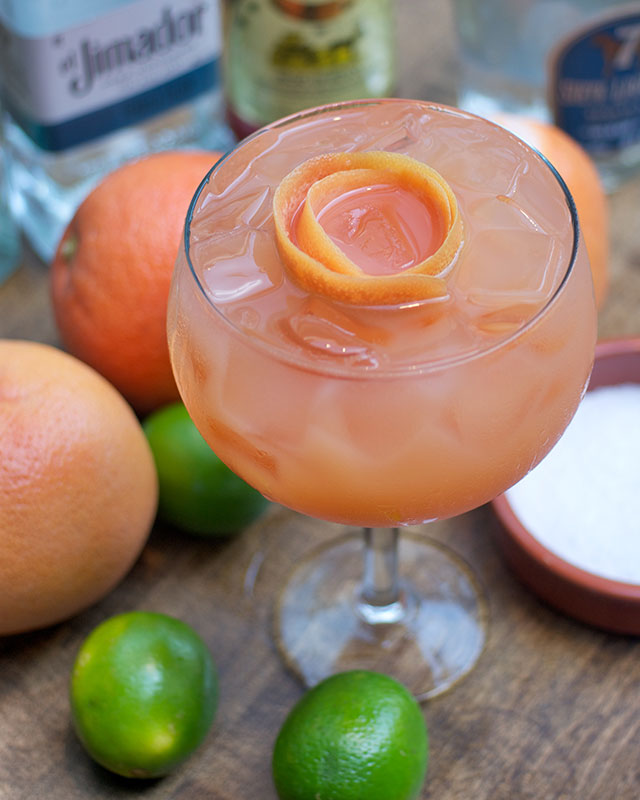 At Cha Cha’s Latin Kitchen in Irvine (and Brea), California, the Cha Cha’s Margarita is a blend of  Siete Leguas 100% blue agave, Elderflower liqueur, fresh lime and ruby red grapefruit juice aka a gorgeous Living Coral concoction. This drink, explains owner Peter Serantoni, is a “bit more fruit-forward than the original one we have on the menu. We add elderflower liqueur for a fragrant floral note, and the fresh-squeezed ruby red grapefruit juice adds a bittersweet flavor and gives the cocktail its distinctive coral color.” 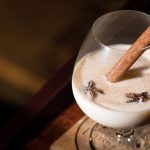 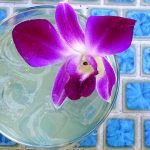 When She Sings Cocktail at Area 31 at Kimpton EPIC MiamiDrink This Now, Features