Perk Up With These Boozy Coffee Cocktails In L.A.

Everyone needs a caffeine fix, and what better way to get that than in a cocktail. Whether you are craving a simple Espresso Martini or a creative craft cocktail, these bars and restaurants all around Los Angeles have got you covered, so get your buzz on with these 20 boozy brew-infused drinks in L.A.

Or if you want to stay in and enjoy a homemade cocktail check out these recipes from Above Average Coffee.

The Benevolent at Mason 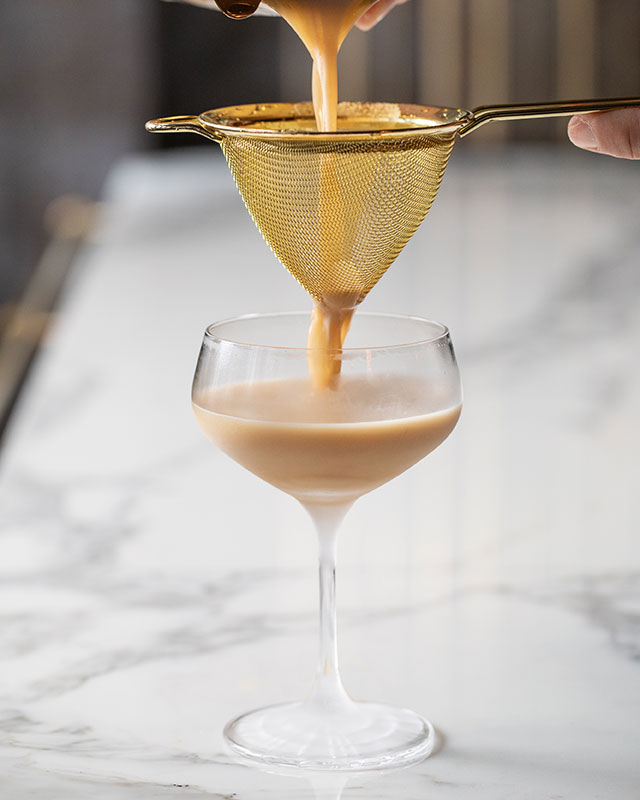 Taking over the space once occupied by Sam’s By the Beach, Mason is h.wood Group’s newest restaurant that has already become a favorite of celebs such as Rihanna and Cindy Crawford. At the luxury hotspot, try The Benevolent made with Don Julio Blanco Tequila, Averna, cold brew coffee, egg white and mole bitters.

Irish Coffee at The Irish Times 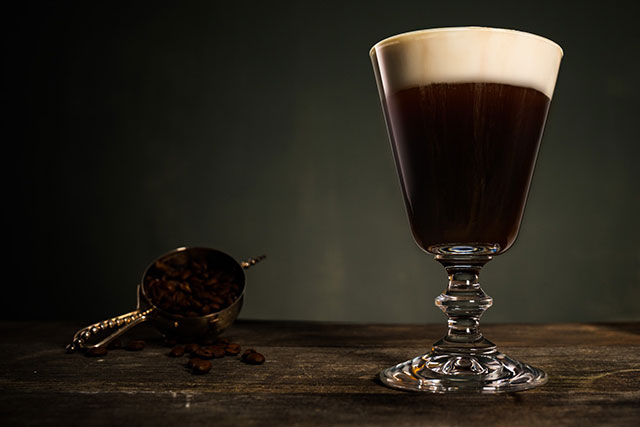 An Irish Coffee is certainly the most well-known coffee cocktail. Get one of the most authentic ones at The Irish Times, created by Tullamore D.E.W Ambassador Tim Herlihy, His recipe calls for Tullamore D.E.W. Original strongly brewed premium dark roast coffee, demerara sugar, lightly whipped heavy cream and cinnamon.

Created by Matheus Martinelli, the Café en Chiapas uses an unusual and largely unknown spirit called “Pox,” an ancient Mayan spirit from the Chiapas region of southern Mexico, and distilled from four different types of native corn, wheat, and sugar cane. In Chiapas, it is traditional to bite into an espresso bean before sipping on your Pox. The Roger Room Bartenders decided to take this idea of the espresso bean and the fact that Chiapas is known for their coffee, in creating a coffee-lovers cocktail. It’s essentially dessert in a glass with a three-day infusion of Pox with coffee, cardamom, star anise, allspice and cacao nibs. After it steeps, it is strained and diluted slightly with more Pox. The mixture is shaken with oat milk, cream of coconut and a touch of cold brew and served up in a martini glass with a garnish of espresso grounds. 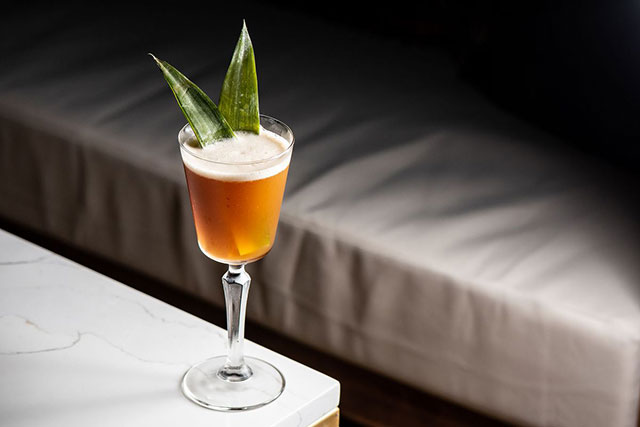 Alejandro at The Raymond 1886 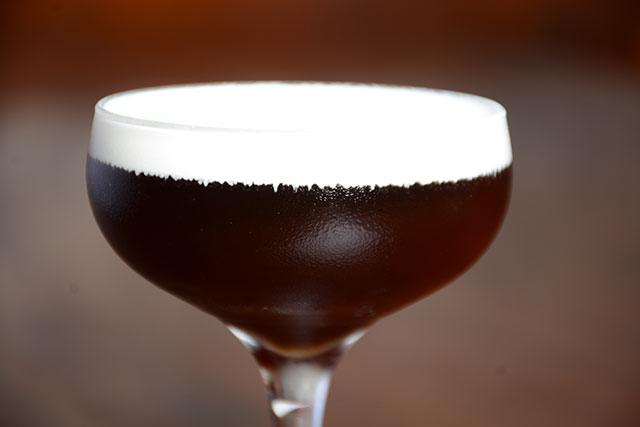 Grab your passport, hop in the nearest hot air balloon and soar over to The Raymond 1886 where the adventure of a lifetime awaits as guests take a journey across libations by experiencing The Raymond 1886’s “Around the World” Cocktail Menu. Start your journey off in Spain with head barman Jesus Gomez’s Alejandro cocktail made with 7 Leguas Reposado, Punt e Mes, Mr. Black Cold Brew Coffee Liqueur, Licor 43 and cream.

Stand Up Guy at The Nice Guy 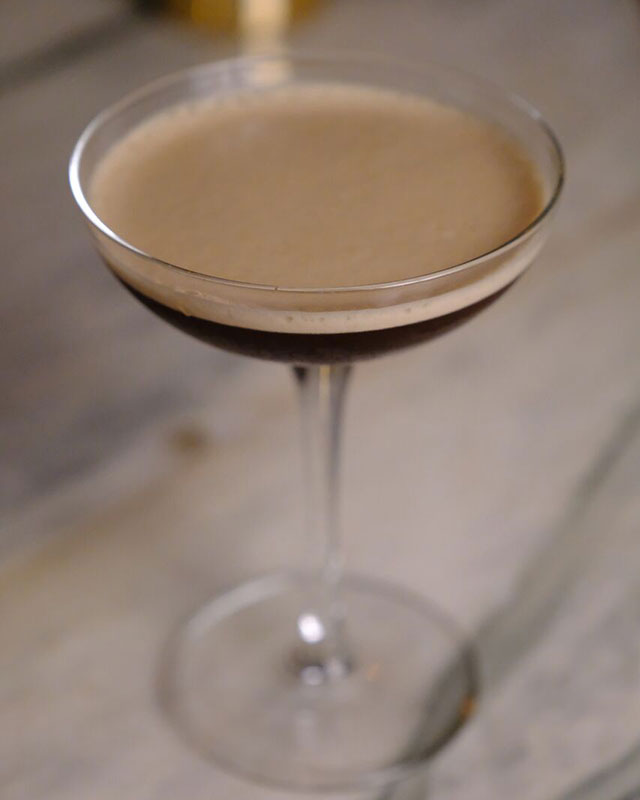 It can be hard to find a Stand Up Guy in L.A. But look no further than The Nice Guy. The hotspot, frequented by stars like Kendall Jenner and Drake, pours the Stand Up Guy cocktail made with Grey Goose Vodka, espresso, Galliano Ristretto and chocolate bitters.

Morning in Firenze at Fia

Fia, the charming Santa Monica restaurant with bright backyard garden recently added weekend brunch to its coastal-inspired offerings. To go along with the menu, L.A.’s “Godfather of Cocktails,” Vincenzo Marianella, has stirred up a few original brunch drinks including the  Morning in Firenze, bourbon, amaro francoli, coffee and cream.

The Jean Genie at Terrace at Onyx 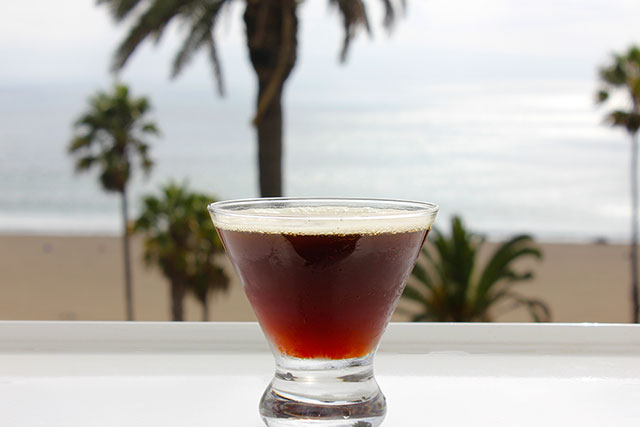 Santa Monica’s glamorous art deco hotel by the beach, Hotel Shangri-La, just opened Terrace at Onyx, a new rooftop restaurant offering stunning views of the ocean and the Pacific coastline. On the cocktail menu is The Jean Genie, their version of an Espresso Martini made with vodka, Nespresso and coffee liqueur. 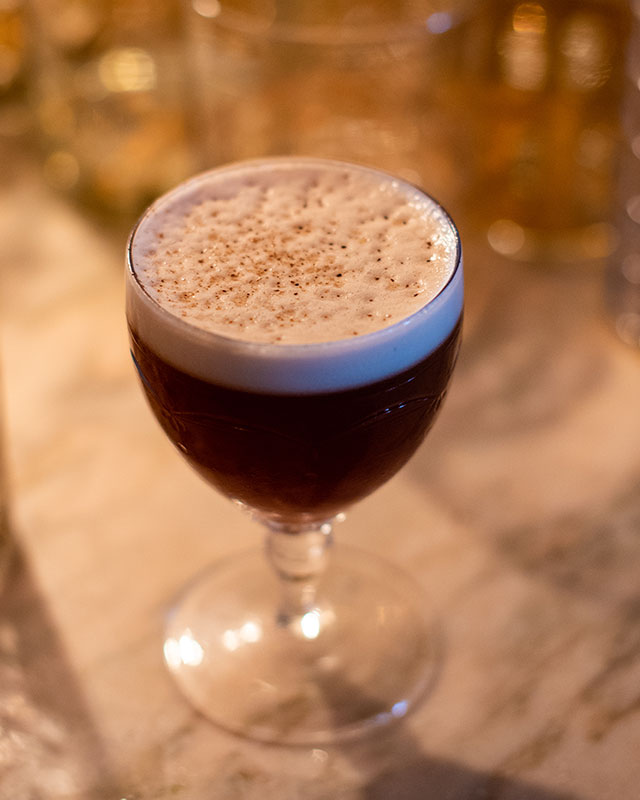 Lend Us An Ear at Double Take 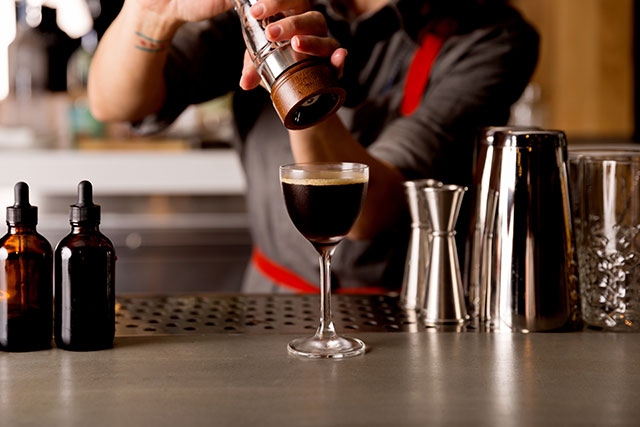 Double Take is a film-inspired restaurant and bar inside the Kimpton Hotel Palomar hotel. Known for its classic cocktails with a twist, the bar serves up the Lend Us Ear made with Grey Goose, espresso, demerara syrup, cinnamon, Fee Brother’s orange flower water.

Queensland Cold Brew at Employees Only 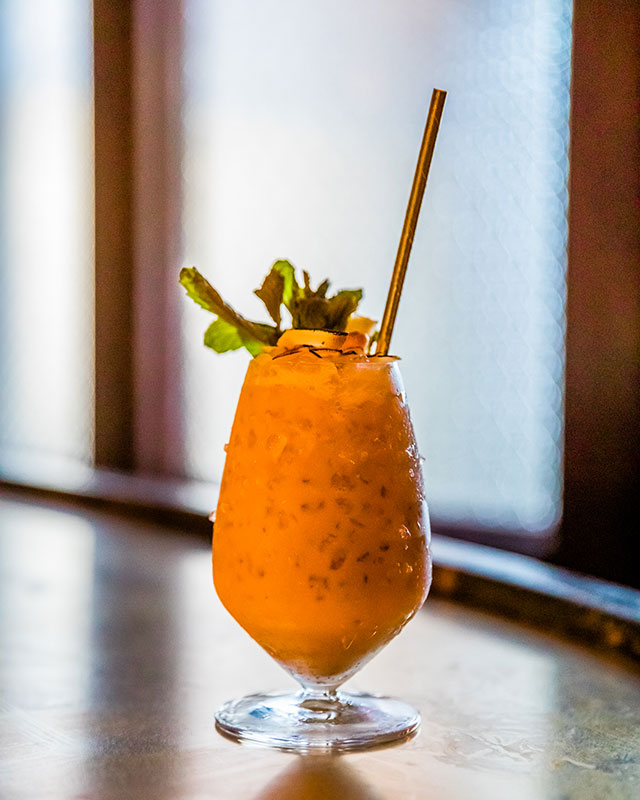 If L.A.  had an official drink, it very well could be cold brew, At west coast outpost of NYC hotspot Employees Only, the Queensland Cold Brew cocktail is made with Mr Black Coffee Liquor, Fernet Branca, Branca Menta, coconut cream and Bittermen’s Xocolatl mole bitters, served on crushed ice with a mint bouquet and toasted coconut flakes. 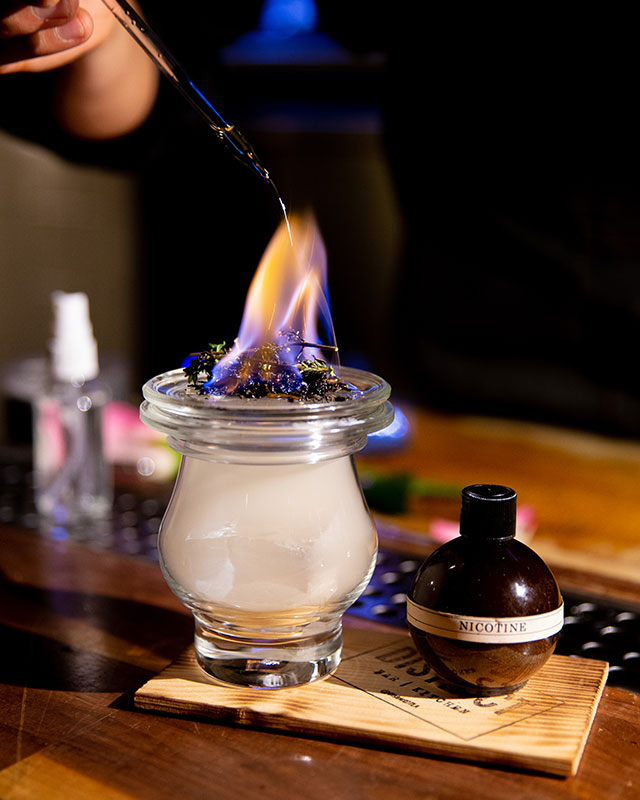 The Nicotine at District is totally worth getting hooked on. Perfect for staying up for the extra bit of light, the cocktail is inspired by the classic combination of a cigar and brandy, made with toasted cacao nib-infused Amaro Nonino, mezcal, rum, Slivovitz plum brandy, dry curacao, espresso reduction, and black walnut bitters. 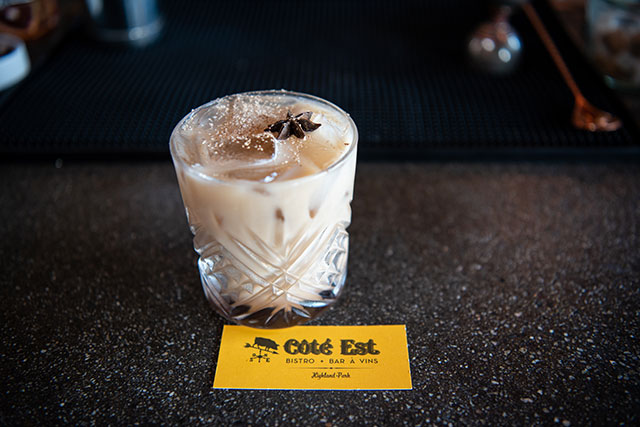 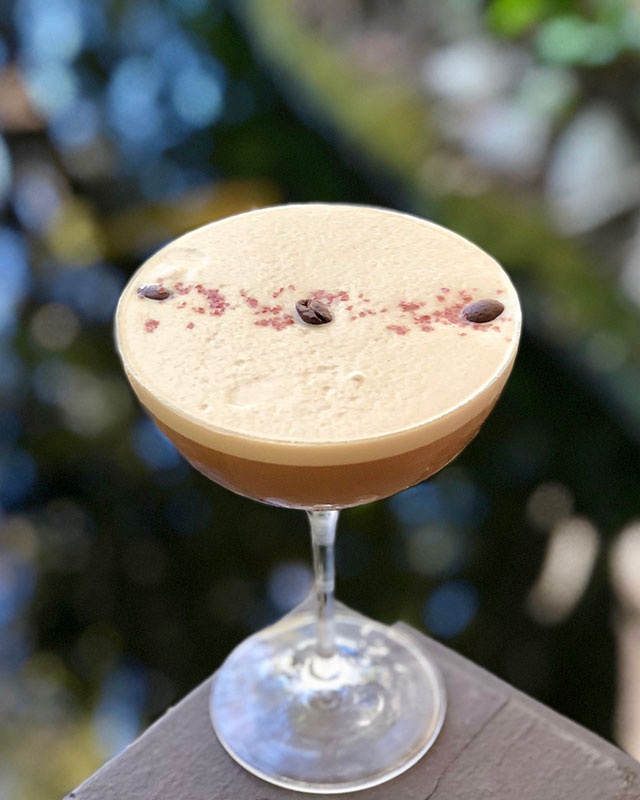 O Bar at the sophisticated Orange Hill restaurant, by cocktail mastermind Allan Camarena. The Brooklyn Bond is made with Sacred Bond Brandy, Crème De Cacao A La Vanilla, cream and espresso for that extra kick to keep you going through the long day. 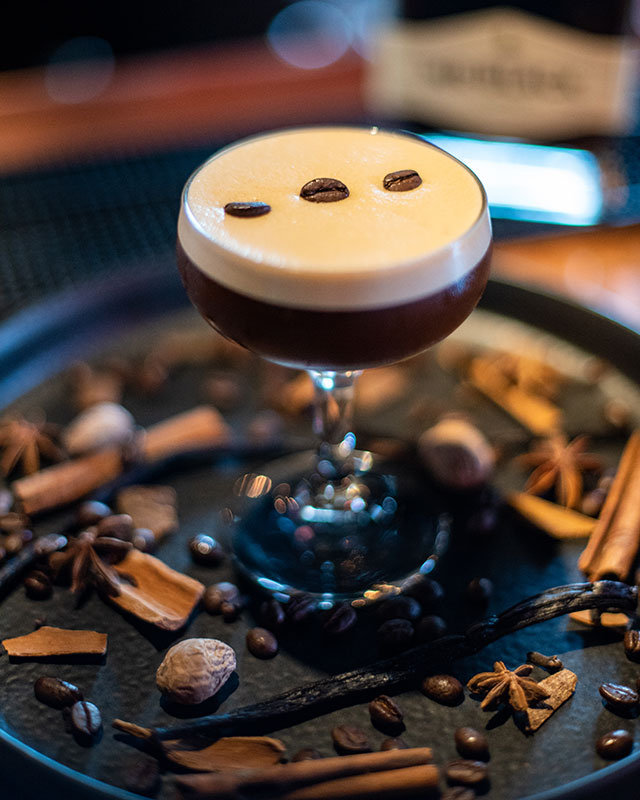 Restaurant and rooftop bar E.P. & L.P. off Melrose Ave. that has become a West Hollywood hotspot with beautiful views of the city. The Express Yourself cocktail here is made with Mr Black Cold Brew Coffee Liqueur, Vodka, espresso and simple syrup.

At The Line Hotel, Openaire is a poolside oasis of green at the center of Koreatown. On the cocktail menu, you’ll find the Reyka Espresso Martini. Created by Trevor Schneider, the drink is made with Reyka Vodka, espresso and simple syrup, garnished with three espresso beans. 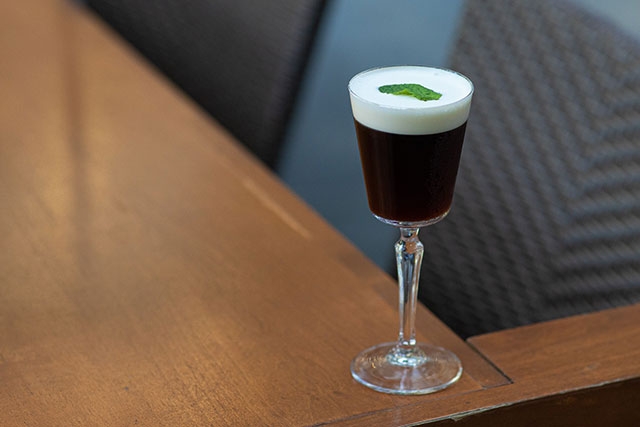 Drago Centro in  DTLA serves the Ferngully made with 14 Fernet Branca, espresso, and cream. The modern Italian hotspot by chef Celestino Drago is known for their homemade pastas, wine selection, happy hour and stellar cocktails by new bartender, Emraan Jawaid.

Perk Up at Neighbor LA 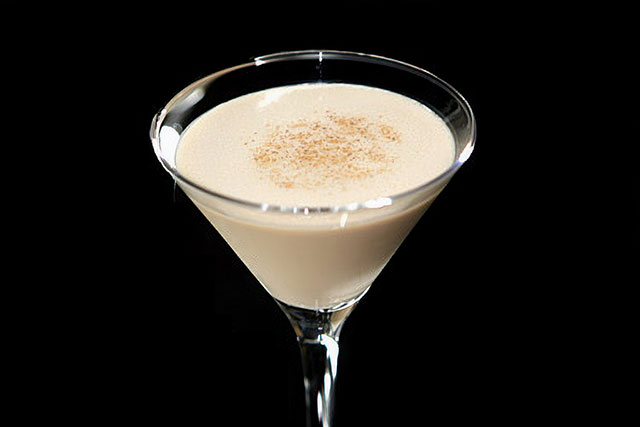 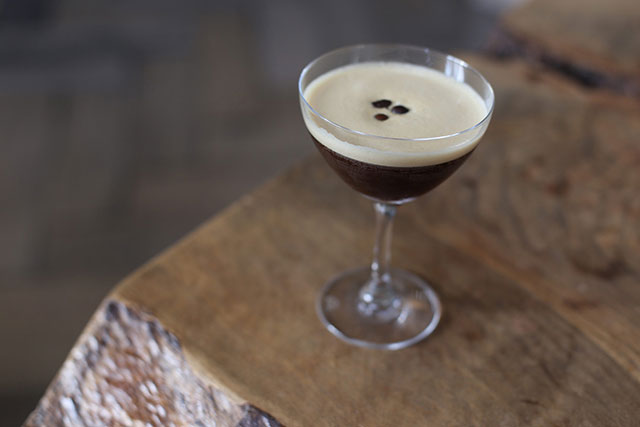 La Conchita at The Ace Hotel 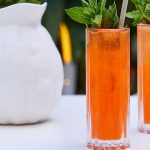 Where to Enjoy Zero-Proof Drinks in Miami Right NowFeatures 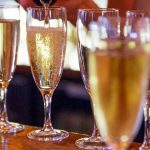