Prince parties at hotspot No. 8, Nelly and DJ Tiesto at Finale

By Casey Brennan
February 6, 2014
Super Bowl weekend brought out the biggest names in music, with Prince holding court at Amy Sacco’s No. 8 while Nelly came out for a surprise performance during DJ Tiesto’s set at Finale.
Kicking off the weekend, Prince showed up unannounced to No. 8 on Friday, January 31st, where his security team did a sweep before the singer went inside. Finding it up to par, Prince was escorted to a private room where he sipper tequila with friends into late in night.
A witness says, “After he entered, he was smiling and polite as ever. He said hello to those who greeted him and was very friendly,” then enjoyed his privacy with his friends seated in the back room.
“He hung out for a while in the Rec Room while Nicole Leone spun classic vinyl.”
A few nights later, on Wednesday, February 5th, Nelly made a surprise appearance at EMM Group’s Bowery hotspot Finale, coming out to sing a few songs while DJ Tiesto spun his signature EDM sounds.
According to sources, Nelly was sipping Don Julio 1942, while pal J. Cole sat nearby. 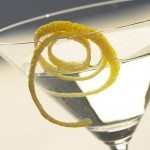 How to Make a Dry MartiniFeatures 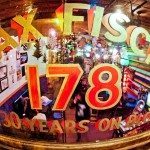 Max Fish Bartenders: Where Are They NowFeatures