Put On Your Yarmulke: L.A.Cocktails To Celebrate Hanukkah

All around L.A. this season, bars are going all out with their creative holiday cocktails, most of which are, understandably, geared to Christmas. But those who celebrate Hanukkah are just as thirsty! Check out these drinks to get you lit during the Festival Of Lights. 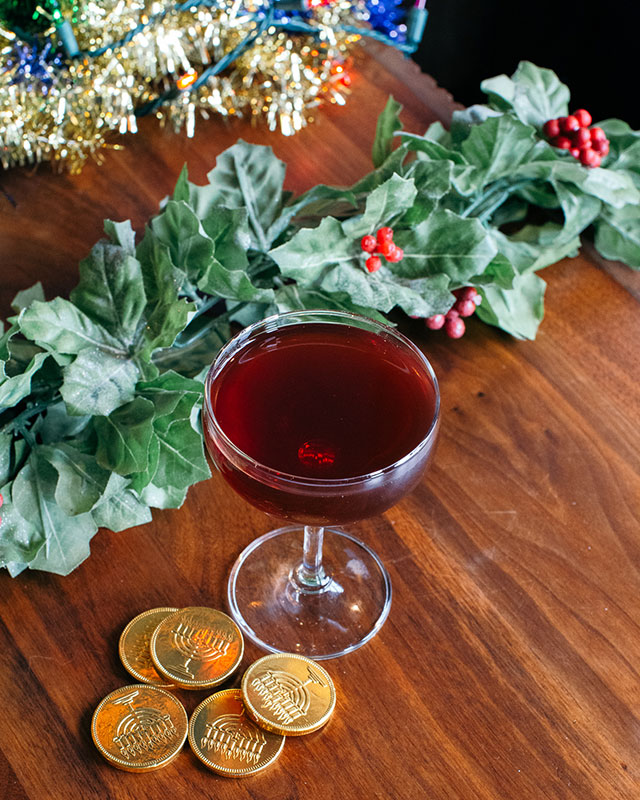 Put on Your Yarmulke at Here and Now 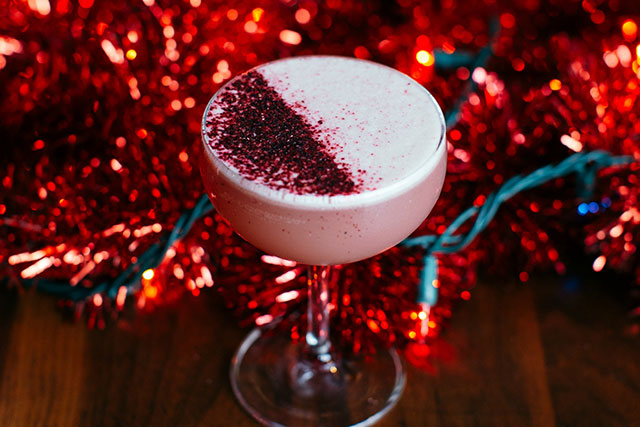 In addition to the Eight Crazy Nights cocktail, Here and Now’s Blitzen’s is also pouring The Put On Your Yarmulke with Monkey Shoulder, Manischewitz, grapefruit cordial, allspice dram, aquafaba, lime, hibiscus and bitters. Adam Sandler would love this one!

Dread-el The Holiday at Preux & Proper 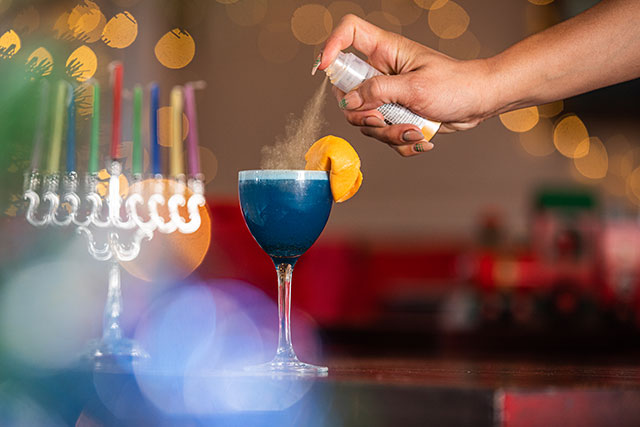 Sleigh Bells On Spring is Preux & Proper’s, Southern-inspired holiday extravaganza featuring the holliest and jolliest decorations and a stacked season cocktail menu by Bar Director Kassasdy Wiggins. For guests feeling dizzy from the eight crazy evenings of Hanukkah, the I Dread-el the Holidays is made with Bombay Sapphire, lemon, chai, blue spirulina algae, a fortune cookie, and edible gold. 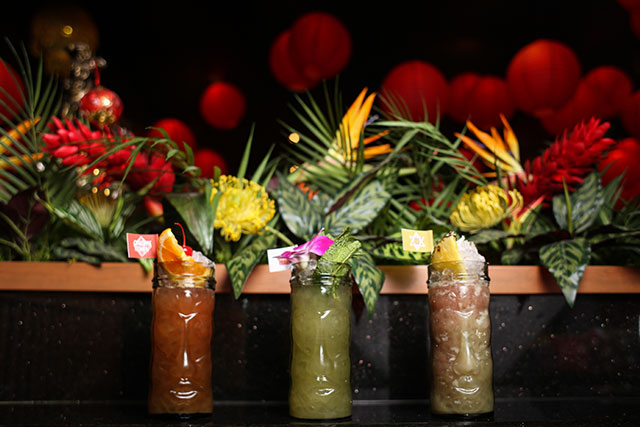 Genghis Cohen is an NYC-style Chinese food hotspot with a cool Jewish influence and creative tiki-inspired bar program. Celebrate over some Sichuan and enjoy the  Hebrew School made with Blended Scotch and Aged Rum, spiced pineapple cordial, salted macadamia, lime and float of Manischewitz.

Why celebrate the Festival of Lights with one cocktail when you could have eight? The InterContinental Los Angeles Century City has crafted a menu of special libations – one for each night of their Eight Crazy Nights of Cocktails series. Beverage manager Silvia Rho will kick it off on Dec. 22 with the Lights of Kikori made with Kikori Whiskey, yuzu and rosemary simple syrup. The specialty cocktails will be served at both the hotel’s Mari Los Angeles and Copper Lounge through Dec. 30. 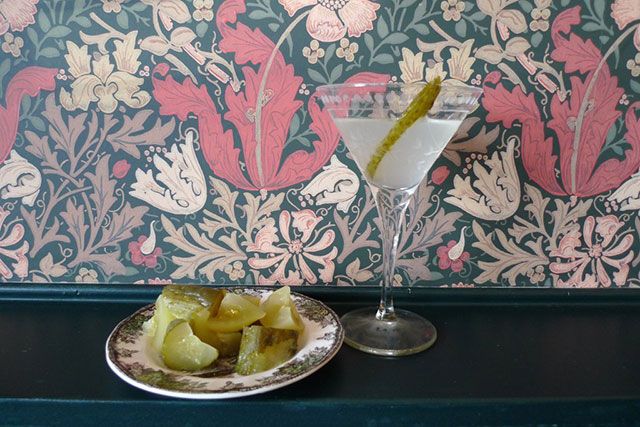 At Freedman’s, the mantra is “Every day is a Jewish holiday here” so what better place to toast to Hann. When Freedman’s debuted in Los Angeles, locals and Jewish food enthusiasts from around the city showed up for innovative takes on traditional food like latkes shaped like waffles and topped with smoked ocean trout. Behind the vintage bar made from antique living room cabinets and a fireplace mantle with a custom-built counter, a bartender stands ready to make classic cocktails with a Jewish twist including the Full Sour Martini, based on a 50/50 martini with aquavit, dry vermouth, pickle juice and Regan’s bitters. 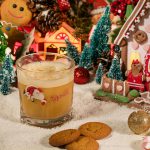 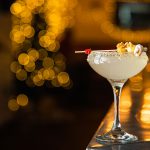