This cocktail recipes are made with Afrohead Premium Aged Dark Rum and created by Rum Ambassador Isaac Grillo.

Shake and strain all ingredients over fresh ice in a Collins glass and garnish with toasted coconut.

Afrohead Premium Aged Dark Rum was founded by Joe Farrell and Toby Tyler. Farrell founded Harbour Island Rum Company. Farrell began bottling the unnamed rum in 2008 and serving it to the guests of “The Landing Guest House and Restaurant. On the label, he simply used the same image he designed for the restaurant’s house wine.

The image paid tribute to the island’s culture and Bahamian women, including Toby’s children’s grandmother who was named the first Miss Bahamas in 1963. One taste at a time, the rum became an island favorite. Visitors from around the world came to Harbour Island seeking to enjoy the rum with the “Afrohead” on it. As so, Afrohead Premium Aged Dark Rum was born.

You can purchase AFROHEAD Rum, here.

7 Year Aged Rum, Rum
Jessie Gibson
I am one of the co-founders of Thirsty. I shoot photos of cocktails and video. You can learn more about me at Jessie Gibson or connect with me on Instagram: @JessieGibson.
Recommended Posts 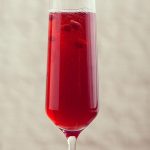 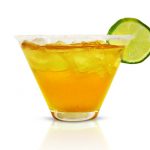