Red Wines To Drink Now, According to Top Sommeliers

National Red Wine Day is this Saturday, October 15th and in anticipation of the holiday – and as fall continues and winter approaches –  we have rounded up some of the top sommeliers and wine directors around the country to give us their thoughts on which red wines to drink now, and some dishes to pair them with.

“This wine is made in one of the two best areas of Abruzzo, Loreto Aprutino,” Campanele explains. “It is a complex and structured Montepulciano made in a completely natural way. It has a distinctive personality not often found with the Montepulciano grape and is such a pleasure to drink. Wines like the De Fermo were what initially drew me to start making my own Annona wines in Loreto Aprutino, where the microclimate is outstanding.”

“I have long been a fan of the somewhat underappreciated (and often under-priced) Cabernet Franc wines of the Loire Valley,” says Davis. “Charles Joguet’s wines display all of the rustic beauty and purity of fruit that Cabernet Franc has to offer.”

“For several years now there’s been an ongoing revolution in the wine world of South Africa, the ‘Swartland Revolution,’ with the region seeing drastic improvements in the quality (and quantity) of wines being produced,” explains Davis. “A blend of Shiraz, Mourvèdre, Grenache, and old-vine Cinsault, this wine is bursting with bright fruit and food-loving acidity—and it is a steal.”

Pair with: everything from redfish with brown butter to poultry to lamb.

“To me it’s the perfect time of year to drink this pinot,” she says. “It’s like fall in a glass: earthy with warm notes of baking spices.”

“I chose the Parco Marano because it has an intense and complex nose with notes of dry flowers and spicy dark sensations, he explains. “It is gentle on the palate with well integrated tannins and a long smooth finish.”

Copeland is digging the 2013 Syrah, Estate blend of Stolpman from Ballad Canyon in California for fall and winter.

“The Stolpman winemaker is a new generation “super-star winemaker” called Sashi Moorman and he is doing great things!” Copeland says. The Syrah has a great depth, and elegance.”

“For the fall & winter, this a lovely medium to full bodied red with a note of light spice with a rustic quality,” he says. “It’s a versatile red wine at the table, especially with a variety of meats. Not to mention it’s just a gem of a wine in a region often overlooked for quality reds but great value.”

David Giuliano, Beverage Director of The Clam, Market Table and The Little Owl

“I love Gamay (the grape in Beaujolais) in the fall,” he explains. “It brings the purity of fruit and elegant acidity of a Burgundy together with the rustic, almost savage qualities of the Northern Rhone to make this wonderfully complex wine that pairs beautifully with all of the flavors of the autumn harvest.

Pair with: Turkey, Coq au vin, light stews, lamb and a variety of cheese and stewed fruits.  But really, what doesn’t it go with?

Moravec is loving the 2014 Patrimonio ‘Sempre Cuntentu’ by Giacometti (Corsica, France) for fall.

“This wine is a little funky, a great value, and from a region that you don’t see wine from every day – unless you live in Corsica,” she says. “The acidity and light texture, make this a super versatile wine with food.”

“Pinot Noir to me is always one of the most elegantly balanced of red wines,” he says of the Pinot Noir. “This wine works on so many levels.”

Of the Bordeaux blend, Petronzio explains, “Lynch Bages is one of those Bordeaux houses that turns out great wine vintage after vintage.”

“First of all, Xinomavro is my favorite red Greek grape varietal,” he admits. “This wine is produced from grapes that are sourced from 95- year-old bush vines from a single vineyard, which is 660 meters above sea level, and is aged for 24 months in Allie oak casks and a minimum of 12 months with no treatment or filtration before bottling. It has intense flavors of forest berries, warm spices, and tomato paste with an herbal quality and great balanced acidity.”

Pair with: roasted lamb or rabbit stifado, a classic Greek dish that we are proud to serve at Molyvos.

Coombs is all about the Pinot Noir, August Kessler, 2012, Pfalz, Germany this season.

“This German Pinot Noir is overall light bodied but still well structured — meaning it is great on it’s own and paired with lighter dishes, but also can stand up to the full flavor of richer foods,” explains Coombs. “The taste and bouquet of this wine, with its mushrooms, black currant, dried cherry, baking spices, and even a touch of ginger, bring thoughts of cooler weather and cozy fires.”

Pair with:  Mushrooms, pasta with black truffle, and game meats such as roasted duck or braised rabbit.

Vincent Mosso, Wine Director at Gemma at the The Bowery Hotel

Mosso picks a trio of reds for fall and winter:

Pairs with: risotto with white truffles and any type of cheeses.

Pairs with leg of lamb, bistecca alla Fiorentina and pappardelle with wild boar

“This is a new grape variety for me, and a new region,” she says. “I’ve had just two Baco Noirs, and I’m really impressed with the polish on Henry of Pelham’s expression. It’s light and fruit forward (think black cherry, crushed ripe berry, baked blueberry), with an underlying, savory herbal lift from American oak aging. Lots of espresso/baker’s chocolate notes on the finish; a light to medium bodied wine that delivers more complexity than the price point suggests. I think it’s perfect for the fall, when temperatures can vary but the scent of fallen leaves surrounds us.”

Pair with: roasted quail and, in general, braised game with root vegetables, butternut squash bisque, or even something a little heavier, like onion soup gratinee or lamb shank with polenta and preserved fig.

“The Cavallotto Langhe is a great nebbiolo from a classic producer,” he says. “It’s  earthy, floral, ripe fruits with grainy tannins.”

Pair with: game dishes, and you’ll see the magic work.

“The Domaine Hauvette is a small domaine located in one of the most beautiful villages in Provence, Saint-Rimy-De-Provence,” explains Tronche. “This wine, 60% Cinsault, 30% Carignan, 10% Grenache, and screams Provence with garrigue notes, elegant but ripe red fruits and fine tannins.”

Pair with: rabbit and mushroom dishes.

“The Hudelot-Noellat Vosne-Romanee Premier Cru Les Beaumonts is if you want to splurge and maybe celebrate a special occasion this fall,” he says.

Pair with: a simple meat dish with a touch of cranberry sauce. 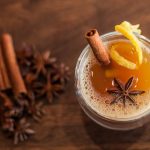 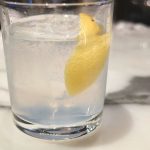 Porter House Celebrates Ten Years with “A Decade of Manhattans”Features