Drink This Now: The Royal Sidecar Made With Rémy Martin 1738®Accord Royal

The Sidecar is considered by many to be the most celebrated cognac cocktail on the world. While the origins of the drink have been heavily debated, the first “deluxe” version was created at Ritz Paris in 1923, an icon of cognac cocktails with an enchanting story, said to have been named after a motorcycle sidecar owned by a gentleman in Paris, then popularized in London: truly a tale of two cities.

The next time you want to treat yourself to an extra special cocktail at home, we suggest mixing up The Royal Sidecar with Rémy Martin 1738 Accord Royal. 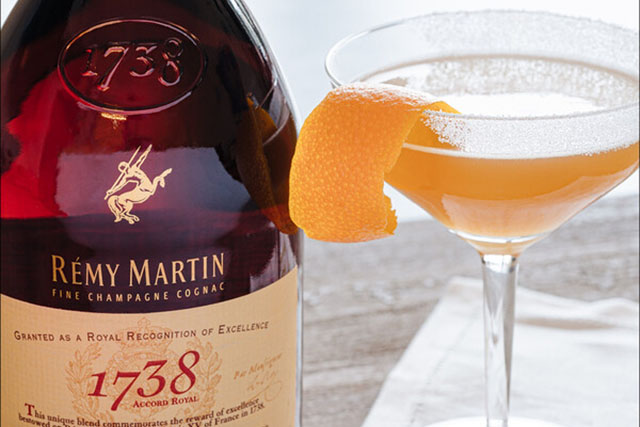 Born from the cask and named after a royal approval, Rémy Martin®1738 Accord Royal is a truly distinctive cognac. Its exceptional smoothness and rounded oakiness starts with the toasting of the casks, before the eaux-de-vie even begin to mature. This unique aromatic profile is then revealed through a rigorous selection of eaux-de-vie. Recognized for its outstanding quality year after year in international competitions, Rémy Martin®1738 Accord Royal celebrates true depth of character and the sheer indulgence of sharing good moments.

classic cocktail Cognac Drink This Now National Cognac Day sidecar thirsty partner
Drink This Now: The Royal Sidecar Made With Rémy Martin 1738®Accord Royal2020-06-242020-06-24https://thirstymag.com/wp-content/uploads/2016/04/thirsty-nyc-logo-1.pngthirsty.https://d2rf0detuhmti.cloudfront.net/wp-content/uploads/2020/06/remy-martin-sidecar-feature.jpg200px200px
About
Tara Fougner
Co-Founder of thirsty, Tara Fougner has over over 15 years of industry experience and a passion for the global beverage community. One might think that Tara was destined for beverage media as her great-grandfather, G. Selmer Fougner, is credited by David Wondrich as being "America's First Drinks Writer." A lifelong New Yorker, you can usually find her hunkered down on some barstool around the world chatting up the bar crew about their beverage program and endlessly taking pictures of drinks for the 'gram. In 2020, Tara was honored by Drinks International on their 'Top 100 Most Influential In the World' List.