A few years back, before I had a daughter, I decided I should watch all the old classic movies. I found the American Film Institute’s top 100 and started going down the list, which eventually led me to number 40, North by Northwest. There’s a train scene in the film, and this was the era when trains were a place to dress up for. Cary Grant, in a charcoal suit, steps into the dining car. The steward seats him with the incomparable Eva Marie Saint. Lucky bastard. So what does a guy like Grant drink at a moment like this? A Gibson.

After I saw that scene, I was dying to drink Gibsons, but they never lived up to the feeling I had watching the film. When you mix something sharp (gin) with something herbal (dry vermouth) and something even more sharp and herbal (pickled onion) you get a drink that, for my taste, is pretty heavy-handed. It’s certainly not a flavor I want to find in a kiss. But a few weeks back, a friend invited me to drinks at a bar called Gibson here in San Francisco, and I finally tasted a Gibson cocktail that was every bit as refined as Grant himself.

Adam Chapman, Operations Director at Gibson, makes drinks that taste alive. If he’s riffing on a traditional cocktail, he takes apart the component flavors like a puzzle, then finds a more exciting way to put them back together again. When he’s not riffing, he finds an unusual starting point and builds around it with a chef’s sense of freshness. You will find no fruit boiled down with sugar at Gibson. Adam likes his flavors bright and bold.

Gibson serves three versions of its eponymous cocktail. I chose the Sea Gibson, then pictured myself on the 20th Century Limited speeding across the country. The composition is a masterclass in balancing flavors so that no one element overwhelms the others. Gin is blended with sochu, keeping the juniper from overtaking the drink. Nori adds a touch of saline as well as a rich vegetal component, which frees Adam to substitute sake for the traditional dry vermouth. His team then crushes the tiny bulbs of a second seaweed for their juice, adding just enough sweetness to tie everything together. It’s subtle, evocative and wonderfully obsessive. It also goes down awful fast. 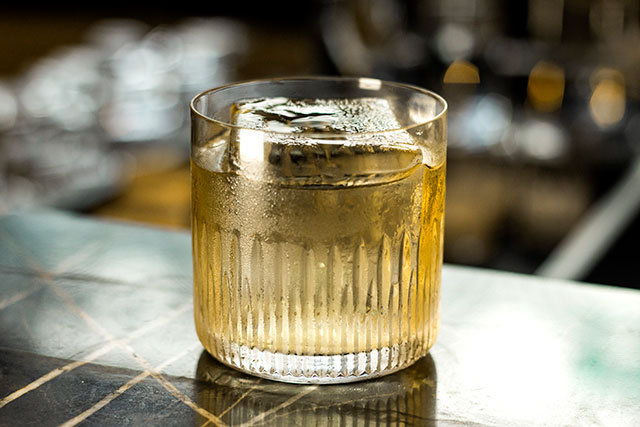 The Gibson isn’t the only underwhelming cocktail Adam has resuscitated. I hate Bloody Marys. They’re too heavy and #basic, no matter how many foods you stick on top of them. But my first sip of Adam’s Clear Bloody Mary was like biting into the freshest, most concentrated tomato I’d ever eaten. I’ve had Clarified Bloodys before, but they were either too salty or too dull. This one tasted alive, amazingly bright with subtle nuance at the finish. Adam varies the recipe throughout the year, adjusting his ingredients to match the changing intensity of the tomatoes season to season. I wish I could find this level of OCD at more drinking establishments. 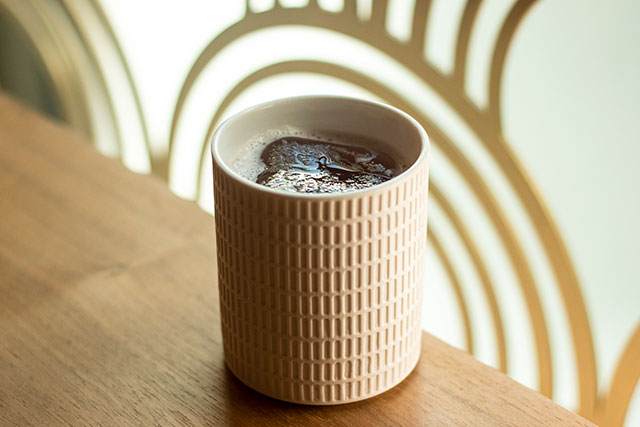 I’m not big on vinegar in cocktails, so when Adam told me he had a drink featuring two of them (sweet potato, apple) I was skeptical. Then he pulled out the barrel where he was aging his house-made apple vinegar and gave me a taste. My eyes went big. Somehow he had turned acid into sweet. “Distillation” usually refers to the process of concentrating the alcohol in a solution. Here it seemed he had concentrated the apple-ness of a juice. Much like the Clear Bloody Mary, I reveled in the indulgence of tasting nature amplified to a level I hadn’t previously experienced. 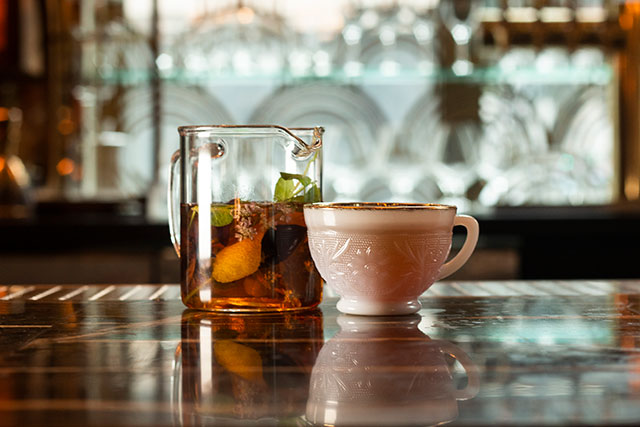 As if surprising me with three drinks I don’t typically enjoy were not enough, Adam then got me with a fourth cocktail thing I avoid: hot alcohol. Adam is a chef, and I particularly appreciate the way he composes food pairings with some of his cocktails. His Hot Toddy is served with a sea scallop, and the drink is designed to help you taste the subtle sweetness of the mollusk. Gibson has a wood-fired oven that they use to, among other fun things, smoke fish, so the fume base of the Toddy has real depth. All those rich umami flavors balanced out the acid of the drink’s Japanese whisky, saving it from the harshness I usually get in a Toddy. 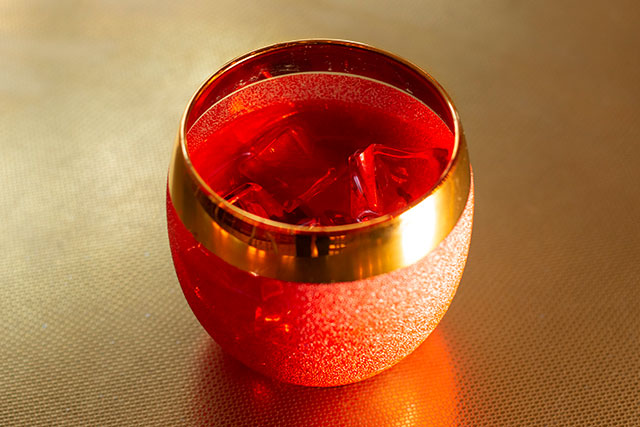 Adam doesn’t just specialize in drinks I don’t like. I’m a fool for a proper Mai Tai. It’s a heavy, decadent drink with its dark rum and orgeat syrup. But Adam, as we have seen, likes keeping things light and aromatic. His White Tai doesn’t get its almond flavor from the nut itself but a maceration of apricot stones instead. The flavor brought back a memory of the first time I tried marzipan. I was eight years old. The perfume of the candy was overwhelming. But as soon as the flavor left my mouth, I craved it again. In its gold-rimmed, ungarnished glass the White Tai doesn’t look like a guilty pleasure, but with an air of artisan cherry Starburst it definitely tastes like one. 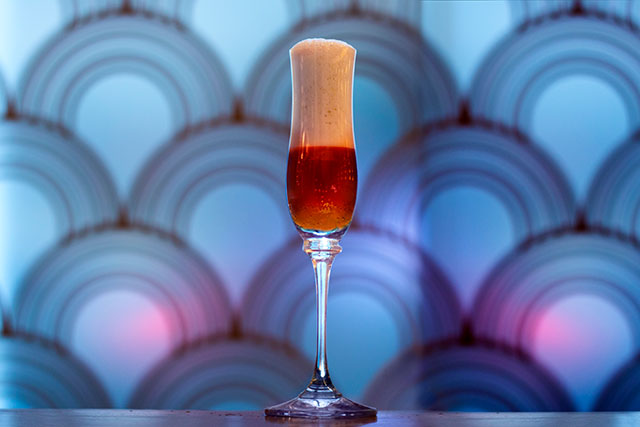 Consummate host that he is, Adam would not let us leave without a nightcap. He presented us with a pair of pousse café glasses and proceeded to describe a process of filtering Japanese whisky through locally roasted coffee for 18 hours before nitro’ing the resultant speedball to add a rich, silken texture. Topped with hazelnut foam, it was delicious, and apparently infused with magical properties because I went home and wrote for a hour and a half in a state of ridiculous lucidity.

Chef Craft Cocktails Gibson San Francisco
Elevating Cocktails with Culinary Techniques at San Francisco’s Gibson2019-01-032019-01-02https://thirstymag.com/wp-content/uploads/2016/04/thirsty-nyc-logo-1.pngthirsty.https://thirstymag.com/wp-content/uploads/2019/01/3-gibsonjohnnycomelately-featured.jpg200px200px
About
Matthew Wyne
Matthew is a graphic designer with a cocktail obsession. He blogs about the history of cocktails and cocktail design at Letters and Liquor 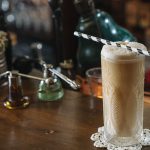 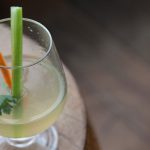 Chicken Soup Hot Toddy at NYC’s JIMMY at The JamesDrink This Now, Features