The Brew Coop Opens in San Fran, with a Self-Pour Taproom

To a certain kind of beer nerd, Brew Coop managing partner Gore Song’s new self-pour taproom that’s been open for a little more than a month now in San Francisco’s Mission District is sure to sound like an intoxicating paradise. Order all the beer and wine you can consume, and pour the liquid, foamy goodness into your own glass, on your own time. It’s self-serve enjoyment, time that would have been spent on getting the barkeep’s attention redirected to – well, carpe-ing the diem. Enjoying the company of your friends and whoever else you’re drinking with.

The happiest accidents are, of course, never planned, and as Gore explains it, there’s actually more to the concept behind Brew Coop than making it as easy as possible for patrons to get hammered. It’s about getting the impediments to having a good time out of the way, like Gore realized was especially the case among Brew Coop’s deaf and hearing-impaired patrons – customers who would ordinarily have to gesture and go to great lengths to get the attention of bartenders who usually don’t know sign language to be able to understand what these patrons want.

“That’s something we’re really excited about it, that this is a setting that couldn’t be more ideal for them,” Gore explained about the taproom, which includes 26 taps total – 22 in the beer and cider category, with wine and kombucha comprising the rest. “We still have a floor staff that helps you out, buses tables, cleans and can take orders. It’s just that you don’t have to go through them every time you want a drink.

“Think about the difficulty that deaf and hearing impaired customers have in going to any establishment that doesn’t have an ASL-trained staff. Here they come in, get a beer card, they can sample things, try what they like. That’s why we say – our goal is to make sure you spend more time hanging out with your friends and spending time with the people you came to the bar with, instead of spending time ordering and waiting on a beer.”

Inside Brew Coop, at 819 Valencia Street, patrons will find a self-pour tap wall with digital menu boards that display the names, descriptions and the price of drinks. As far as the Brew Coop space itself, guests can check out games on any of seven 65-inch screens. The 800-square-foot taproom has an all-glass storefront, as well as locally fabricated custom wood picnic tables and benches, high-top tables with bar stools, pendant lights with exposed bulbs and a sign with the words “Beer Yourself” in white neon above the tap wall.

Here’s how the process works for guests:

When you arrive, a team member checks your ID and gives you a glass. You’ll then either pay with cash or a credit card to open a tab, and you’ll use an RFID card linked to your account to activate the beer taps. Then, you just insert your card into the slot next to your chosen beer, put your glass under the tap, pull the handle and pour.

A digital display will show how much you’ve poured and how much it costs. When you’re ready to leave, all you have to do is give your RFID card back to a Brew Coop staffer.

Before setting out on his own, Gore actually spent time in a variety of industry positions – including as bar manager and beer buyer at Tonic Group’s Soda Popinski’s in addition to spending time behind the bar at other San Francisco watering holes like Teeth and John Colins.

The idea for Brew Coop was inspired by a self-pour experience Gore had six years ago during a vacation in Prague, and he came back wanting to share that way of drinking beer with San Francisco residents as soon as he could.

“I felt like San Francisco had a strong beer culture, in addition to being open to new ideas and just innovation,” he said. “I felt like this would be accepted in the city, even though it is a different offering. It gives people a different experience. You’re able to try different beers at different quantities, and you don’t have to buy a full beer at a time if you’re not sure. People like to be able to sample without just getting one or two choices every single time.

“We’re not for everyone. But I think there may be people who like beer and may know what they want, but they may not want a full beer every single time. There are also others who don’t like beer – but, surprisingly, many of them are able to be convinced they like a certain style when they try an ounce or two.” Lots of choices, in other words, and we can certainly drink to that. 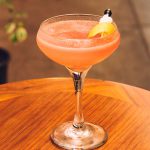