Shaken, Not Stirred – How to Drink Like James Bond

It is hard to dispute that James Bond is one of the coolest characters of all time. The suave spy has a number of attributes which make him the type of man most men want to be. His stylish and smooth attitude, including when it comes to ordering drinks, is certainly one thing that aspiring males can look to replicate. 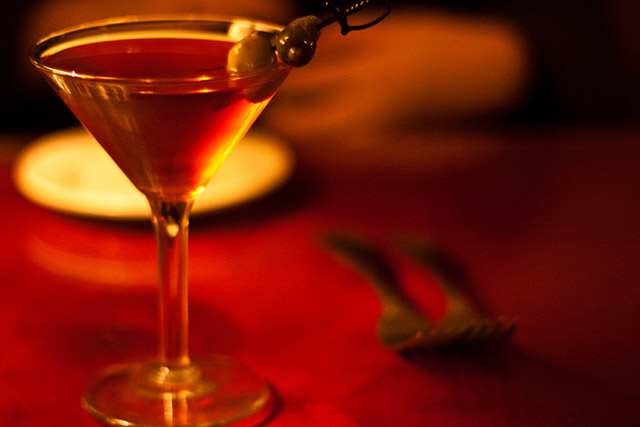 So how can you drink like James Bond? It isn’t all about vodka martinis, actually, there are a number of other slightly more obscure drinks that you will definitely want to try.

There are a number of facets that make a Bond movie. Car chases, gadgets, gorgeous women, over the top bad guys, and classic lines are all things that you would expect to see in a 007 outing. One of the most famous lines ever is the MI6 agent’s drink order. The phrase, “shaken, not stirred” first appears in Ian Fleming’s fourth James Bond novel Diamonds are Forever in 1956. Bond didn’t actually utter the words himself, though, until the sixth book in the series, Dr. No in 1958. In the films, it’s Joseph Wiseman’s Dr. No who says the catchphrase initially, in the 1962 debut EON productions title.

Sean Connery says it for the first time when ordering a drink in the third picture in the series, Goldfinger, in 1964. More recently, Daniel Craig’s earliest utterance was in in Martin Campbell’s 2006 offering Casino Royale, in what is, according to Betway, one of the best casino scenes ever depicted. The famous drink that the iconic catchphrase refers to is, of course, the vodka martini. It doesn’t require many ingredients, so you’ll be able to order the drink in most bars. The components are usually around 3 fluid ounces of vodka, 1 fluid ounce of dry vermouth, ice cubes, and olives.

Bond’s preference is for these ingredients to be mixed in a cocktail shaker, and there has even been scientific research into whether this is a superior way of enjoying it. Interestingly, a study published in the US National Library of Medicine found that shaken martinis have superior health benefits. They were more effective at deactivating hydrogen peroxide than their stirred counterparts. This helps to improve the antioxidant actions of the alcohol. No wonder Bond is always ready to take down the bad guys, even after a night on the drinks. Why not try making one yourself today? Alternatively, get down to the bar and order a few.

What Other Tipples does 007 Enjoy?

Despite the British spy being famous for enjoying a vodka martini, he does like to indulge in other tipples from time to time. This is good news for those who want to be like Bond, but aren’t too keen on his usual drink of choice.

Luckily, there are plenty of drinks to choose from. Fleming was renowned for drinking a lot of bourbon whiskey, after being told by his doctor that gin was more detrimental to his health. This is reflected in the English author’s work, as Bond has also been known to drink American whiskeys. In fact, in the books, 007 drinks bourbon more frequently than vodka martinis. He takes it either straight or with branch water. As you might expect, Bond also enjoys Scotch whiskeys. In film, single malt Talisker has appeared in Die Another Day and The World is not Enough, while a 1962 Macallan featured in Skyfall.

The first drink that Bond ever orders in the novels is an Americano cocktail. He consumes this concoction of Campari, Cinzano, and soda water in 1953’s Casino Royale. However, later in the book he mainly sticks to chilled vodka and champagne. In terms of the sparkling wine, in the same book Bond states that he believes Taittinger is “probably the finest champagne in the world.” The man with a license to kill doesn’t mind a beer from time to time either. In On Her Majesty’s Secret Service, the spy drinks beer at a stag party in Munich.

As you can see, there are many different ways to drink like Bond. But it may be unwise to drink as much as the spy. According to Fleming, 007 consumed around half a liter of spirits per day. This is ok for a fictional character, but in real life, it is highly unadvisable.

Martini
Shaken, Not Stirred – How to Drink Like James Bond2018-03-202018-03-21https://thirstymag.com/wp-content/uploads/2016/04/thirsty-nyc-logo-1.pngthirsty.https://thirstymag.com/wp-content/uploads/2018/03/james-bond-feature.jpg200px200px
About
Tara Fougner
Co-Founder of thirsty, Tara Fougner has over over 15 years of industry experience and a passion for the global beverage community. One might think that Tara was destined for beverage media as her great-grandfather, G. Selmer Fougner, is credited by David Wondrich as being "America's First Drinks Writer." A lifelong New Yorker, you can usually find her hunkered down on some barstool around the world chatting up the bar crew about their beverage program and endlessly taking pictures of drinks for the 'gram. In 2020, Tara was honored by Drinks International on their 'Top 100 Most Influential In the World' List. 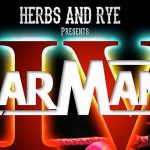 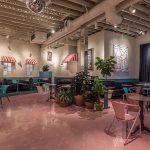 4 Places to Grab a Drink in Silver LakeFeatures