The second drink of Christmas is Shakespeare’s Snowglobe. It doesn’t get much more wintery than drinking out of snowglobe, does it? Barman Cody Goldstein gets creative with the glassware at the NYLO Hotel’s LOCL, putting the Shakespeare’s Globe cocktail – made with Four Pillars gin, root beer seltzer, vanilla syrup, Douglas Fir liqueur and Cointreau – into one, for maximum holiday season effect. Follow our 12 drinks of Christmas.

It’s all topped off with edible glitter. Enough said. 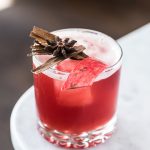 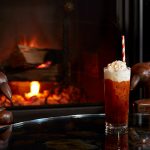