Sláinte! Where To Celebrate St. Patrick’s Day In L.A.

St. Patrick’s Day is a day when everyone is at least a little bit Irish. It also happens to be one of the biggest drinking days of the year. So bust out the green gear (and beer) and dive into a pot of gold at one of these St. Patrick’s Day celebrations happening around Los Angeles. 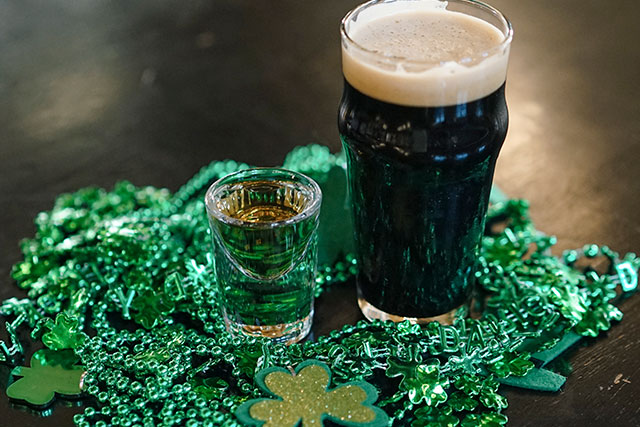 Casey’s and Imperial Western Beer Co. have teamed up for the biggest annual St. Patrick’s Day Festival in Downtown L.A. will be held March 17. At Imperial Western Beer Co. guests can enjoy craft beer, cocktails, green beer, Irish Whiskey, food specials such as Beer Bratwurst Sausage, Vegan Sausage and Corned Beef Sandwich and beats live DJs. Casey’s Irish Pub is also getting in on the fun festive fun. Both bars open their doors at 6 a.m. for early birds will stay open until 2 a.m. for the night owls. Cover is $15 starting at 2 p.m. and includes entry to both locations. Complimentary shuttles will be running between Casey’s Irish Pub and Imperial Western Beer Co. from 11:30 a.m. to 11:30 p.m. every 15 minutes. Guests can also get to and from the festival safely with RideYellow! using the promo code CASEYS20 for $15 off their first ride. 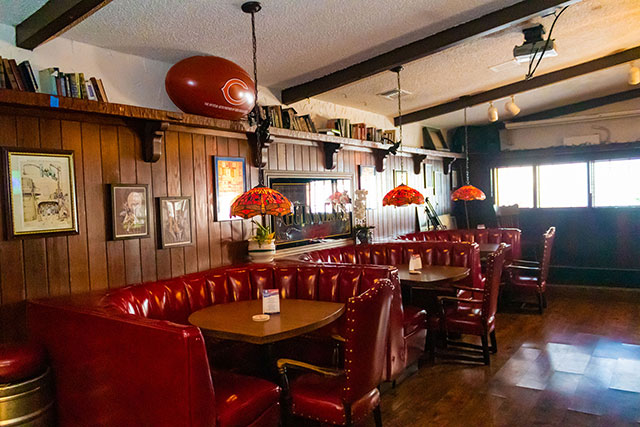 Named after The Irish Times newspaper, the pub was opened in 1995 by James McGurrin Sr. who had spent many years working as a printer for the newspaper in Ireland. Shortly thereafter his son James Jr. and wife Dolores carried on the management of the authentic Irish Pub and made it the Palms neighborhood hangout that it is today. Whiskey, beer, traditional Irish food, and laughter are their specialties. On March 17, the pub is throwing a St. Paddy’s Party from 9 a.m. to 2 a.m., featuring live music from 1 p.m. to close, Irish dancers throughout the day, authentic food specials including Corned Beef & Cabbage, Fish & Chips, Irish Stew and traditional Irish Coffee. For those who get here early, Irish Breakfast will be served until 1 p.m. 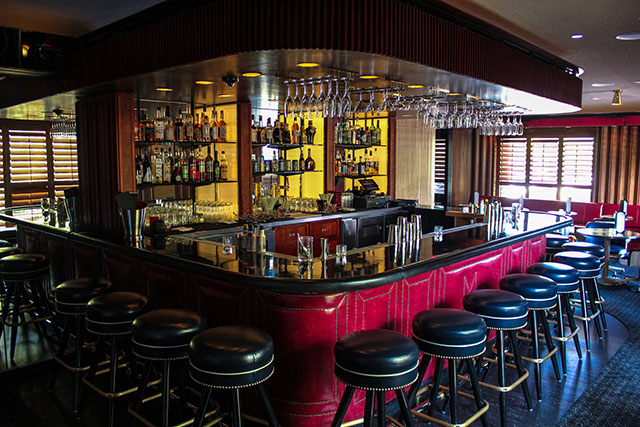 St. Patrick’s Day falls on a Tuesday this year so either better practice your excuse for your boss or start celebrating early. In collaboration with Writers’ Tears Whiskey, MiniBar Hollywood is hosting its Fifth Annual “Hollywood Crawl of Fame” on Saturday, March 14 starting at 3:30 p.m. Attendees of the Irish foot parade will enjoy cocktail specials at five of Hollywood’s finest bars including Ever Bar and Lost Property. with a live Irish band following the crawl and a complimentary first round at MiniBar. Tickets are $25 and can be purchased here. 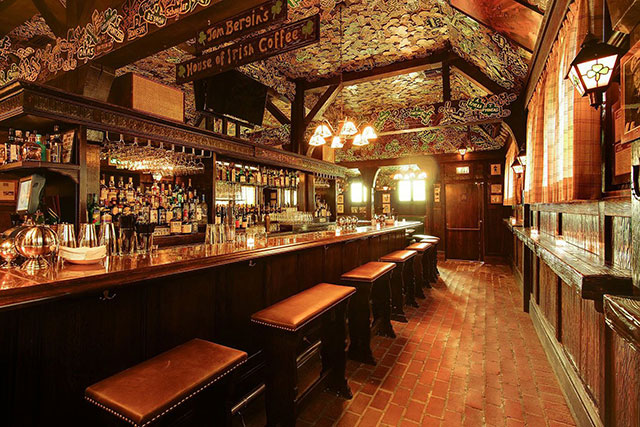 Tom Bergin’s seems to have nine lives and we couldn’t be more thrilled. The nearly 84-year-old property was an original holder of one of Los Angeles’s oldest alcohol licenses and has since served as a staple for good times and good Irish fare on Fairfax. Despite its notoriety, the pub struggled in the last decade, opening and closing and shuffling through various owners. Luckily last year, the city voted to landmark the building and protect its legacy under new owners. To celebrate, Tom Bergin’s will throw an epic comeback St. Paddy’s Day Party on March 17 both inside the bar and outside in the parking lot. Come early for Irish Breakfast from 6 a.m. to 10:30 a.m. complete with famous Irish Coffees. The party will continue all day with the bar closing its doors at 1:30 a.m. 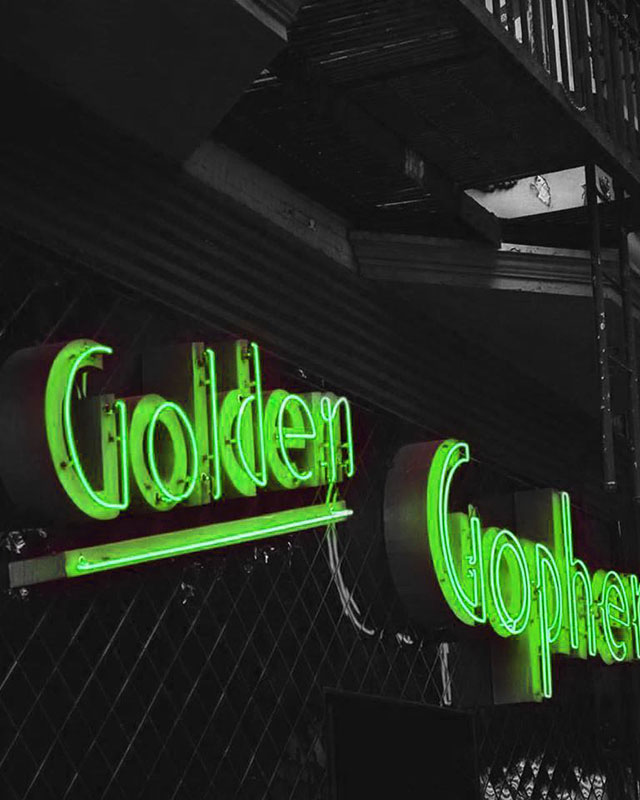 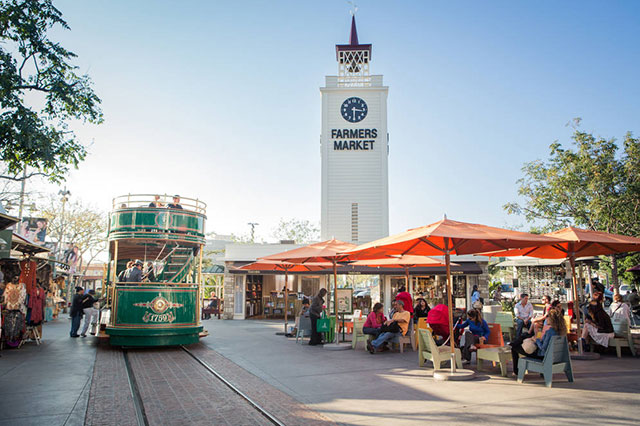 On March 17, get lucky at the Original Farmers Market St. Patrick’s Day celebration in the Beverly Grove area. Skip over to Magee’s Kitchen, the Market’s oldest eatery, where they will be serving their delicious corned beef, cabbage and potatoes special. E.B.’s Beer & Wine has all market-goers covered too with green Guinness beer and other Irish brews to sip on, while singing along to live music on the East and West Patio. 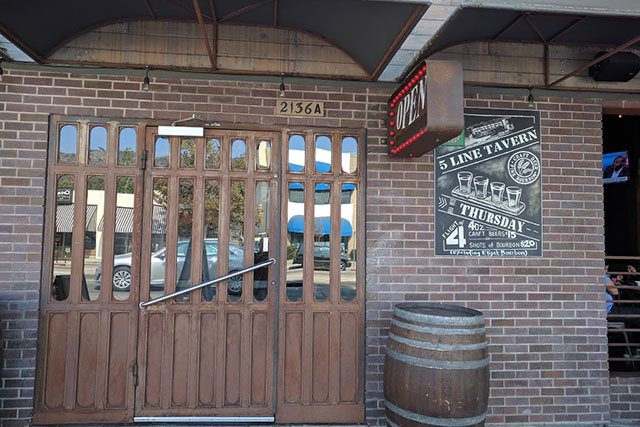 Guests can put on their best clover-colored attire and celebrate St. Patrick’s Day on March 17 at 5 Line Tavern in Eagle Rock, where food and drink specials run from 11 a.m. to 12 a.m.( Happy Hour from 3 p.m. to  7 p.m.). 5 Line Tavern will luckily pour Guinness Beer and Irish Coffee throughout the entire holiday. The rainbow ends here – cheers! 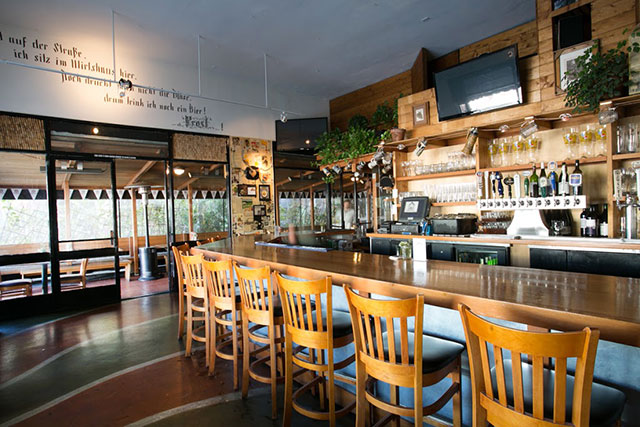 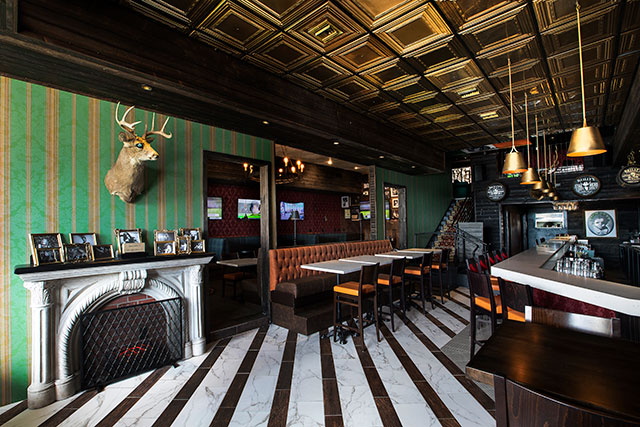 Sunset Boulevard’s most recognized Irish pub, Rock & Reilly’s recently went through major renovation and is under a new ownership group led by Justin Levine and Robbie Earl. Rock & Reilly’s storied past is part of the venue’s charm. According to an urban legend, the founder of the iconic pub was born during a bar fight and he immediately came out swinging. The location’s history, coupled with its routine celebrity sightings (Jason Statham, Scott Eastwood, Hilary Duff and more), makes the new updated space the perfect destination for Angelenos looking to let their hair down on St. Patrick’s Day. At R&R, guests will find over 20 varieties of tap beer  (discounted green beer this St. Paddy’s) and creative whiskey concoctions such as the Irish Daiquiri made with Irish whiskey, simple syrup and lime and the Irish Old Fashioned made with Irish Whiskey Angostura bitters, simple syrup and garnished with an orange peel. For St. Patrick’s Day, the bar will also serve up their Pot Of Gold cocktail which includes a cloud of egg whites and sour strip rainbow garnish. All libations pair perfectly with bar favorites like freshly made burgers (a vegan Impossible patty version included), chicken wings with various gourmet sauces, large soft-pretzels and loaded nachos. For those looking to step away from the crowd, head up to