Where to Sip Slane Irish Whiskey Cocktails in Houston

Nothing warms up the nip of chilly February weather like a good whiskey cocktail and there are a handful of Slane Irish Whiskey drinks to try at spots all around Houston.

In a region, where the average low lingers around 48° F, it is always handy to have a solid list of bars where you can pull up a stool and get treated to some serious hospitality along with some seriously tasty Slane Whiskey cocktails. 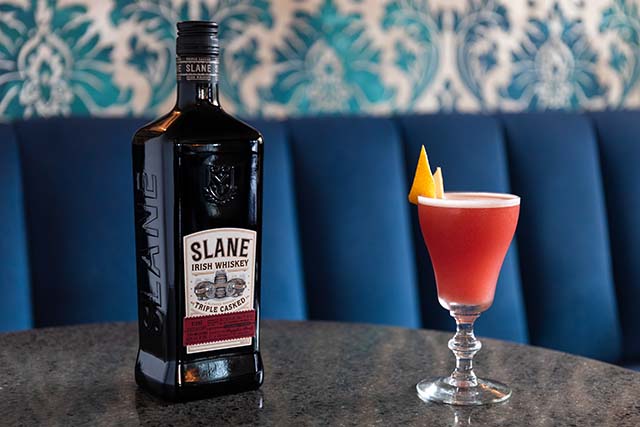 True North was inspired by love the owners at Wicklow Heights have for their love of the Wicklow town the bar was named after and Slane Castle. Slane Castle is north of Wicklow, hence True North. This cocktail – made with Slane Irish whiskey, lime juice, fig liqueur, blood orange syrup, demerara syrup and egg white – marries Texas blood oranges with fig liqueur as to complement and highlight the flavor profiles of Slane Irish Whiskey, a Wicklow Heights staple whiskey. “I would say it embodies Wicklow” says Tyler Barrera, Wicklow Heights Co-Owner.

Pipe Down at Bungalow Heights 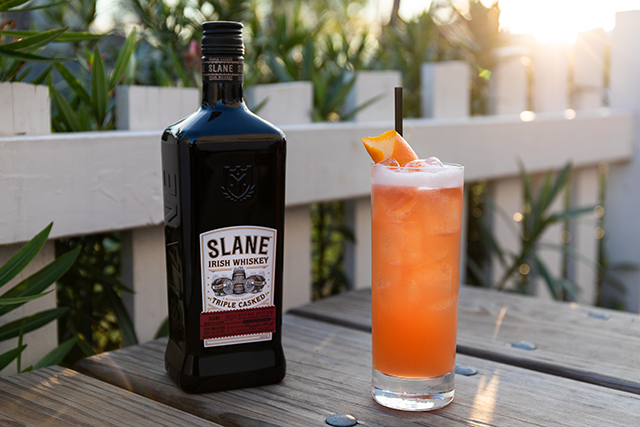 “Pipe Down was created by playing around with some old recipes that we’ve put on our cocktail menu in the past,” explains Bungalow Heights general manager Piper C. Lersch. “This drink was created by merging several of Bungalow Heights’ previous menu cocktail hits into one SUPER cocktail.” Made with Slane Irish Whiskey, Aperol, simple syrup, lemon juice, grapefruit juice, Peychaud’s bitters and club soda, the Pipe Down is not to be missed. “After several attempts of adjusting the proportions and with the addition of Slane Irish Whiskey,” adds Lersch, “this cocktail is smooth, refreshing, pleasing to the palate, and will pair well with any style of meal.”

The Pickleback at Cottonmouth 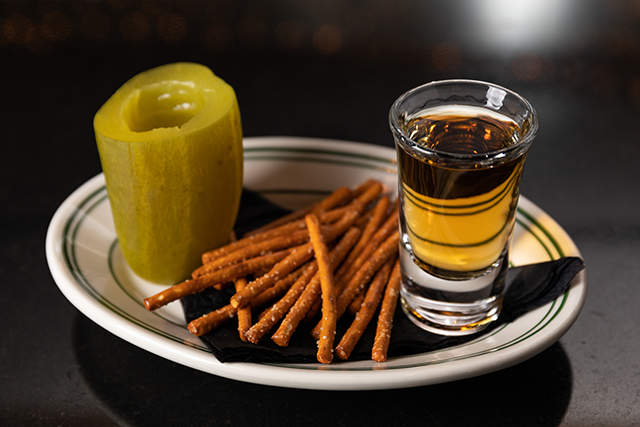 At Houston’s Cottonmouth, Slane Irish Whiskey is served simply with a shot of pickle juice from a dill pickle copita, and a side of salty pretzel sticks. “We didn’t invent the pickleback—that credit goes to our friends at The ‪Bushwick Country Club‬, popularized by The ‪Rusty Knot‬ and ‪Whiskey Town‬ in New York,” says Cottonmouth co-owner Michael J. Neff. “When we opened The Cottonmouth Club in Houston, I wanted to make something cheeky and fun, but also presentational and delicious. We reimagined the pickleback with an actual pickle cup, using Slane Irish Whiskey for its fruit and cucumber notes and salty pretzels to tie it all together.” To enjoy it fully, Neff suggest that guests “sip whiskey, sip pickle juice, bite pickle. Repeat until all is consumed.” 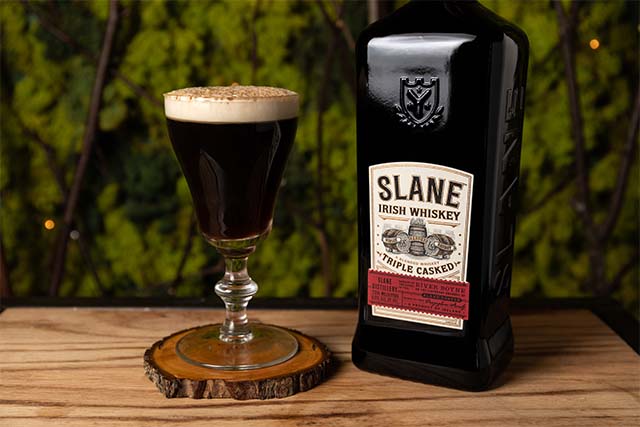 In building the house recipe for such an iconic cocktail as the Irish Coffee, it was important to Rosewater’s owner, Pasha Morshedi, and the bar team to choose the right Irish whiskey, and then to find the best balance of high-quality ingredients that would allow the whiskey to shine. This version is a delightful blend of Slane Irish whiskey, long pour espresso, demarara syrup and heavy whipping cream, topped with grated nutmeg. “Slane Irish Whiskey was a natural choice for us, offering the complexity to hold its own alongside a bold ingredient like espresso, and the approachability that embodies the nature of this universally beloved cocktail,” says bartender Rachael Soto. Our deliberate use of uncomplicated, familiar ingredients like raw sugar and hand-shaken cream serves to highlight and elevate the toasty vanilla notes in Slane Irish Whiskey, and to allow our recipe to remain true to the straightforward spirit of this timeless drink.”

The Artist at McGonigel’s Mucky Duck 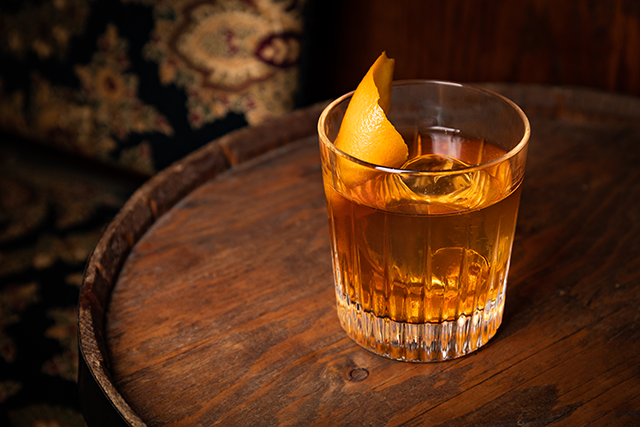 The Artist is a colorful 1920’s recipe from the Artists’ Club in Paris’ Rue Pigalle and the version at McGonigel’s Mucky Duck does not disappoint. Concocted with Slane Irish whiskey, Oloroso sherry, fresh lemon juice and raspberry syrup, it’s no surprise that Slane Irish Whiskey and Oloroso sherry blend harmoniously in this cocktail with lemon tartness balanced by rich raspberry syrup. The sip begins without a lot of sweetness, then a bit of acidity from the lemon comes in, but is quickly superseded by the sherry and the Slane Irish Whiskey. The finish goes out with sharp fruitiness from the raspberry syrup. The subtle balance of flavors make this cocktail one to be enjoyed year-round.

Slane’n and Bangin’ at Reserve 101 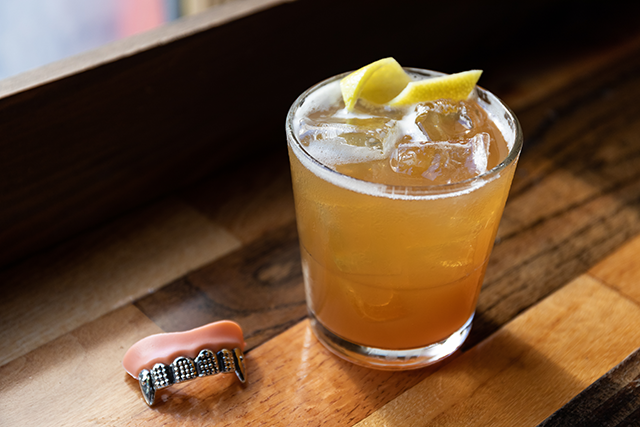 It’s all about the good time vibes at Reserve 101 and the Slane’n and Bangin’ shows just how much fun they are having. Made with Slane Irish whiskey, Winter “Sizzurp” (i.e. clove, cardamom, star anise, nutmeg and orange peel)) and lemon juice, the cocktail pays homage to local rap star Paul Wall. “I wanted to create an old school feeling drink and after some wordplay with a coworker, we remembered a song that sounded similar,” says Reserve 101’s Sarah Garcia. “The hints of spice we got from Slane paired perfectly with my winter syrup.” To add a bit of Houston it is garnished with a plastic half set of grillz in tribute to rapper Paul Wall, for whom the cocktail gets its namesake. 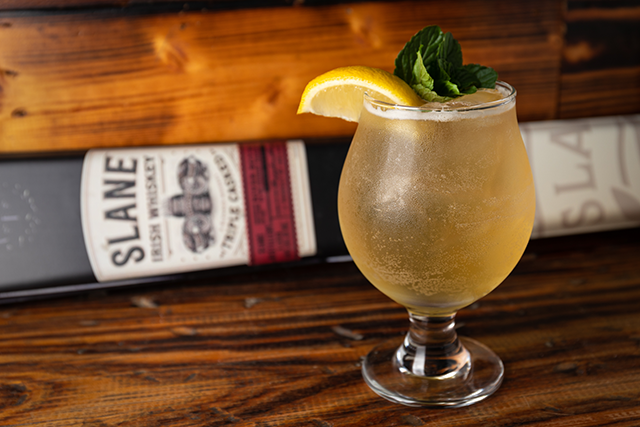 The 6th Street Smash was co-created by bartenders Erinn Dehoyos and Zach Buster for those who want a little extra complexity to their brunch cocktail. “Slane Irish Whiskey’s strong notes of vanilla paired perfectly with the Smash’s mint and vanilla-infused syrup, giving it the bite that we wanted”, say Deyoyos and Buster of their drink, made with Slane Irish whiskey, mint and vanilla-infused simple syrup and lemon topped with Brut champagne. While the 6th Street Smash is certainly bubbly, the bold notes of Slane Irish Whiskey make this not your average champagne cocktail!

Betty White at The Farm Drinkery 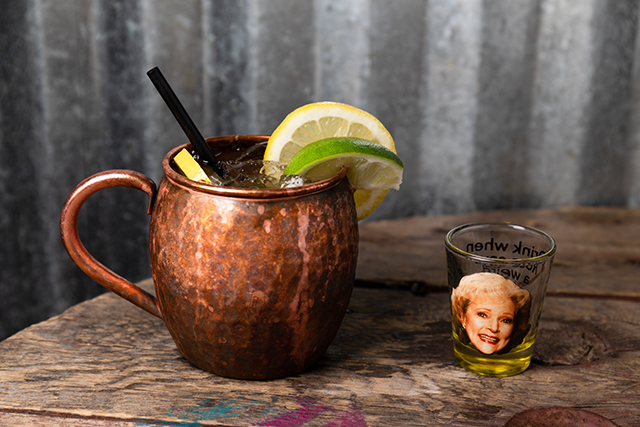 Named after the beloved Betty White, this cocktail is a riff on a Moscow mule, in which badass bartenders at The Farm Drinkery use Slane Whiskey, ginger beer (the spicier, the better!), lime and orange bitters – basically just a whiskey version of a Moscow mule, It is the whiskey lover’s mule, and one we know Betty White would approve of!

Irish Coffee at Jack and Gingers 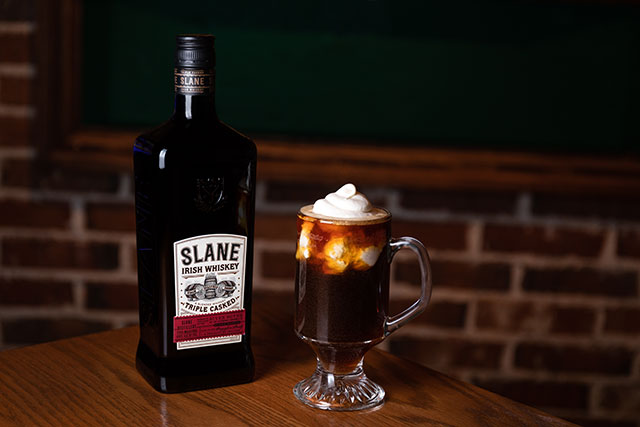 There is certainly a love for the Irish coffee at Jack and Gingers. For their version of this classic they rely on Slane Irish Whiskey for its robust flavor from triple-casked aging that stands up to strong coffee, mixed with demerara syrup and topped with freshly whipped, unsweetened heavy cream. Bonus: they also stick to natural ingredients that are easily accessible for a cocktail that’s round and rich. 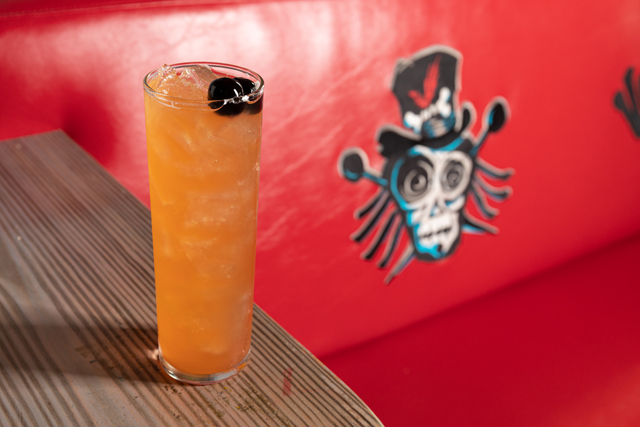 The Irish Cowboy is the Voodoo Hut’s take on a whiskey sour, made with Slane Irish whiskey, Texas East cider honey, lemon juice, simple syrup and Peychaud’s bitters. This variation on a whiskey sour features the rich, deep flavor of Slane Irish Whiskey. The nutty, honey and apple notes of the Texas East Cider create a beautiful showcase for Slane Irish Whiskey and the addition of Peychaud’s bitters add a hint of baking spice and stone fruit. Voodoo Hut also uses simple syrup and lemon juice for a fresh-tasting, sweet and sour stand-in.

All photography by Shawn Chippendale / @shawnchippendale

By George: Kellie Thorn Teams Up With Hugh Acheson With A French Inspired Program In AtlantaFeatures