Alcoholic beverages are a luxury and so have a moral duty to combat climate change. According to Fortune, this is increasingly being led from a grassroots level. Breweries across the USA are harnessing their flexibility and agile way of working to create sustainable brands, and in the process are finding wider access to alcoholic beverage markets and a greater degree of interest from the big breweries. A great place to look at that being evidenced is the liquor scene; distilleries across the country are truly embracing a sustainable future.

The process of distilling is even more resource-heavy than simple brewing. The multiple extra stages of refinement, for what is a lower expected yield, makes it a more intensive process that requires more input. At the same time, basic liquor distilling – in stills in the form of moonshine – is a remarkably natural process that can be brought down to a fine art. According to Bon Appetit, a few key brands are showing how this is done – and none of them are associated with the big alcohol industry players. The key factor these drinks share is their small batch processing. By breaking the process down to smaller, more finely controlled blocs, much greater control can be exerted over the level of environmental friendliness any one brand has. 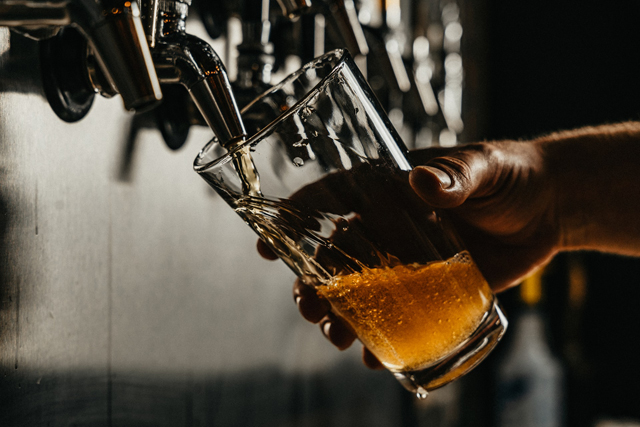 Breweries operate on a much faster and bigger scale than liquor, but they can play a role, too. Increasingly, breweries that are attacking the climate change goal with gusto are also progressive in their operation. Take, for example, the New Belgium Brewing Company. According to Thrillist, this operation has not only embraced sustainable brewing practices, but is bringing their employees along for the ride, too, by operating a cooperative structure. This ultimately means that the company is providing a far greater level of support for their employees, which, in turn, will enable them to make a dent in the climate challenge.

Big on the horizon?

The impact of craft brewers on the industry cannot be understated. Diageo recently announced the opening of a huge carbon-neutral facility in their production sphere. Other manufacturers the world over, such as Heineken and Sierra Nevada, have also made clear statements as to their manufacturing goals. Ultimately, wholesale change can only come when all of these companies get involved; the bulk of the polluting is done by the heaviest producers. However, there are good signs on the horizon that change is afoot. The ability of these small breweries and distilleries to outscale their own footprint in the environmental stakes is dependent on consumers, however. By buying small and buying local, true eco-conservation goals can be contributed to.

These companies are due a lot of praise for their action, but there’s a clear benefit to pursuing small batch, environmentally friendly brewing – quality. These small selection beverages are often a lot more interesting and high quality than mass produced alternatives. In that way, big brewers could learn something more than just the value of conservation.

Drink This Now: Strangers By Nature At Highlands Detroit is What You Should be Drinking this Ramp SeasonFeatures