Female empowerment has very much been at the top of many minds in 2017 and Speed Rack has been leading the charge in the bar industry for over six years. This Sunday, May 21st, the Speed Rack National Finals return to New York for the only all-female, speed bartending competition to raise money for breast cancer charities.

The judging panel at the Speed Rack National Finals will feature such leading cocktail-world luminaries as:

To date, Speed Rack has raised more than $550,000 globally for breast cancer charities and elevated top female bartenders in America and abroad who go shaker-to-shaker competing for industry glory and a Speed Rack title.

Bartender Competition Breast Cancer Awareness Charity Competition speed rack
Speed Rack Season 6 Finals Returns to New York2017-05-192017-05-19https://thirstymag.com/wp-content/uploads/2016/04/thirsty-nyc-logo-1.pngthirsty.https://d2rf0detuhmti.cloudfront.net/wp-content/uploads/2017/05/2017-speed-rack.jpg200px200px
About
Tara Fougner
Co-Founder of thirsty, Tara Fougner has over over 15 years of industry experience and a passion for the global beverage community. One might think that Tara was destined for beverage media as her great-grandfather, G. Selmer Fougner, is credited by David Wondrich as being "America's First Drinks Writer." A lifelong New Yorker, you can usually find her hunkered down on some barstool around the world chatting up the bar crew about their beverage program and endlessly taking pictures of drinks for the 'gram. In 2020, Tara was honored by Drinks International on their 'Top 100 Most Influential In the World' List. 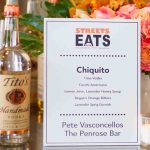 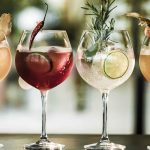