Move over, Four Loko: there is a new controversial beverage in town.

Phrosties – super boozy frozen beverages that can only be ordered through Instagram and touted by the company as the “Best Tasting Fruit Slushies in NYC”- are all the rage these days. With names like Tsunami Sunrise, Irish Bomb and Volcanic Paradise, the multi-colored drinks were popping up all over social media and developed quite a rep for their hard core potency. Available 24 hours a day, the $10 Phrosties are delivered right to your door – but only after you are accepted as a friend.

Now, the Phrosties official Instagram account has been erased and devotees are left wondering how to get their hands on one. But this is NYC, so it won’t be long until someone figures it out.

The underlying problem: no one quite knows what is in the tasty mixtures and now health officials are growing concerned.

According to New York’s State Liquor Authority the drink is “unregulated,” and the agency has launched an investigation.

“The SLA is looking into the illegal sale of this unregistered and potentially dangerous alcoholic drink‎ by an unlicensed business,” Bill Crowley, the authority’s director of public affairs, told the New York Post.

But for now, Phrosties are most definitely the “it” drinks of the moment, especially for eager New Yorkers who love anything under-the-radar with a mysterious back story.

As New York magazine food critic, Adam Platt,  said after trying one: “After the first sip, you’re loving the sugar. After the third sip, you’re thinking how pretty the colors look and why can’t you feel your lips? After chugging the whole thing, who cares? You’re lying blotto on the sidewalk and all is bliss.

“This is just pure sugar and grain alcohol. It tastes like Kool-Aid-meets-Red Bull, mixed with 150-proof Everclear.” 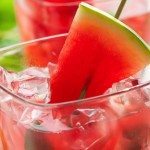 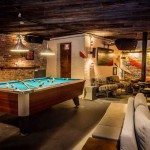 What To Drink At: Troy Liquor BarFeatures