This awards season, Tequila Don Julio set out to do something truly extraordinary and create a once-in-a-lifetime experience for one worthy bartender.  Their new bartender competition, Star Back, gave one talented bartender the opportunity to work alongside industry icon, Charles Joly, at one of the biggest A-List events during awards season…the exclusive Governors Ball fete following the 92nd Oscars!

To find their Star Back, the brand embarked on a five-city bartender competition tour including San Francisco, Chicago, Houston, Miami and New York. Bartenders in each city battled it out showcasing their skills with both classic and creative Tequila Don Julio cocktails. The five regional winners competed at the NYC Finale at Liquor Lab with hometown bartender, David Roth, coming out on top as the first-ever Tequila Don Julio Star Back! 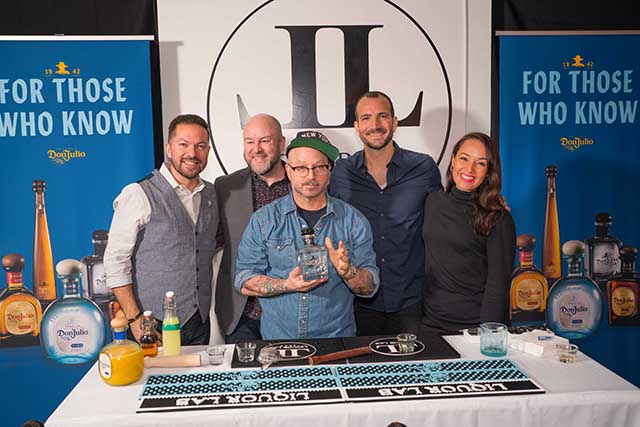 “Winning the first-ever Don Julio Star Back competition was a dream come true. Working alongside Charles Joly and Liquid Pro was amazing. They made me feel like one of the team and the opportunity to be behind the bar with them at the  Oscars event, serving incredible Tequila Don Julio cocktails, was a once in a lifetime experience.” 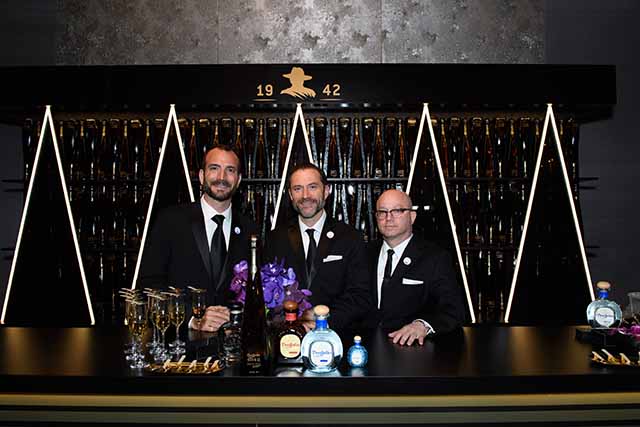 “The Star Back competition was a great opportunity for our team and the competitors! We had a fantastic field heading into the finals in NY. David did a great job all around and he was able to jump right in and help us prep for the most high profile red carpet events of the year. This prep work is done ahead of time, so the actual show should be relatively relaxed and with David’s help, allowed us to create a phenomenal guest experience.”

“As Tequila Don Julio continued into our third year of partnership with the Governors Ball, the Academy’s official party following the 92nd Oscars, we wanted to invite a member of the industry to experience this truly exclusive event with us. Executing a custom drinks experience fit for the Oscars is no easy feat, so we were really excited to have Star Back winner David Roth join the team serving up thousands of specialty Tequila Don Julio cocktails on Hollywood’s biggest night. We are so grateful to all the bartenders who create amazing Tequila Don Julio cocktails every day and were really impressed with all the innovative cocktails that made our first Star Back challenge such an exciting competition!”

award season Bartender Competition don julio star back
Tequila Don Julio Star Back Competition Took David Roth To The 92nd Oscars With Charles Joly2020-03-112020-03-11https://thirstymag.com/wp-content/uploads/2016/04/thirsty-nyc-logo-1.pngthirsty.https://thirstymag.com/wp-content/uploads/2020/02/star-back-don-julio-oscars-feature.png200px200px
About
Tara Fougner
Co-Founder of thirsty, Tara Fougner has over over 15 years of industry experience and a passion for the global beverage community. One might think that Tara was destined for beverage media as her great-grandfather, G. Selmer Fougner, is credited by David Wondrich as being "America's First Drinks Writer." A lifelong New Yorker, you can usually find her hunkered down on some barstool around the world chatting up the bar crew about their beverage program and endlessly taking pictures of drinks for the 'gram. In 2020, Tara was honored by Drinks International on their 'Top 100 Most Influential In the World' List.

Sláinte! Where To Celebrate St. Patrick’s Day In L.A.Features