The 11 Most Delicious Apple Cider Cocktails to Drink This Fall

Apple cocktails are popping up on menus all around the US (and Canada, too!) and while we already told you which ones to drink in NYC, we have rounded up some more of our favorite ones to try this fall season. Check out our picks – pun intended – for the 11 Most Delicious Apple Cider Cocktails to Drink This Fall. 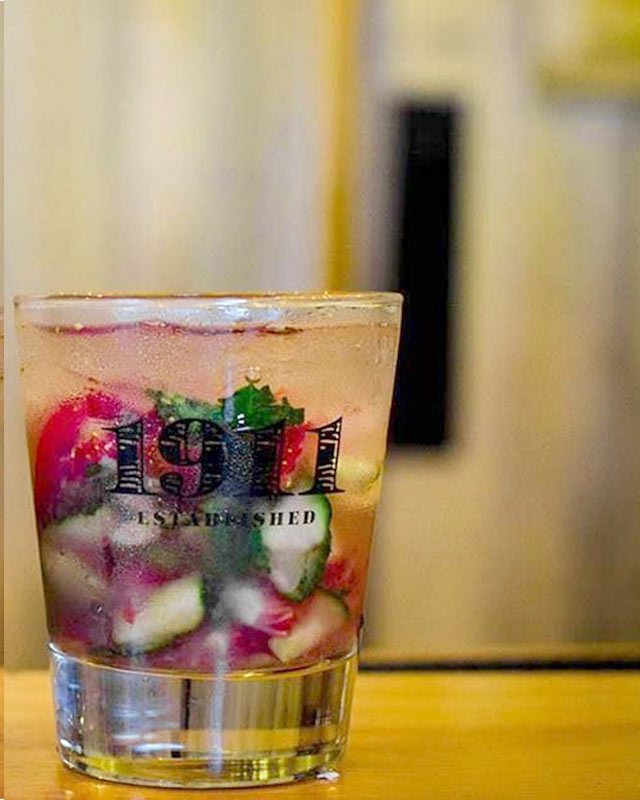 Upstate New York is basically the mecca of apple picking season, so it’s no wonder that the 1911 Tasting Room has a divine cocktail. Made with 1911 gin and Heritage Dry Hard cider, fruit puree, fresh strawberries, cucumber and mint, this cocktail tastes just like the end of summer and the start of fall. 2708 Lords Hill Rd, Lafayette, NY, www.1911established.com/our-tasting-room/ 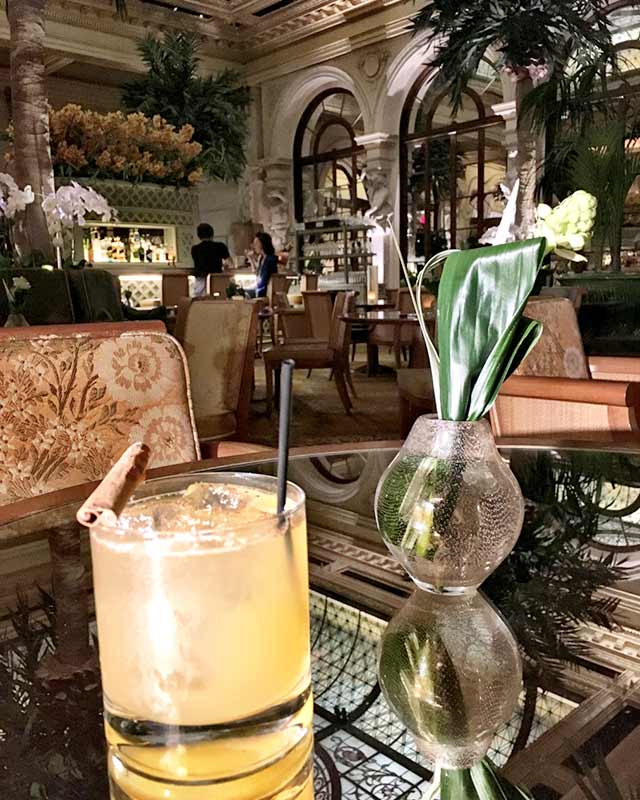 Made by mixologist Brian Van Flandern with Don Julio Reposado, agave nectar, lemon juice, apple cider and cinnamon powder, the House Cider Rules at The Palm Court in NYC is a boozy treat that will go down nice and easy, with the sweet apple balancing the potent tequila. t768 5th Ave, 212-516-5300, www.theplazany.com/dining/the-palm-court 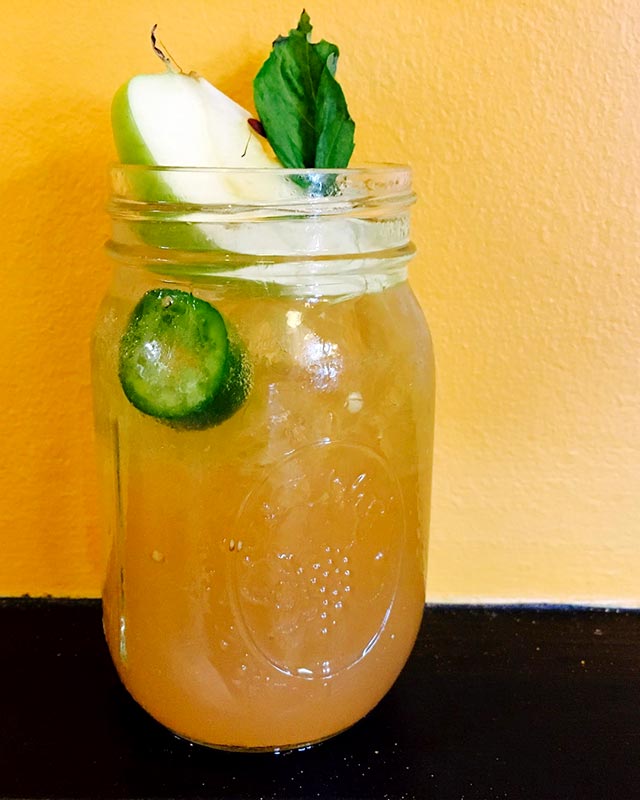 Gilbert’s Social in Jacksonville is getting into the apple spirit with their Spicy Apple Orchard cocktail, made with Canadian whiskey, apple cider, allspice simple syrup and jalapeño pepper, topped with a splash of Angry Orchard beer. 4021 Southside Blvd, Jacksonville, FL, www.gilbertssocial.co 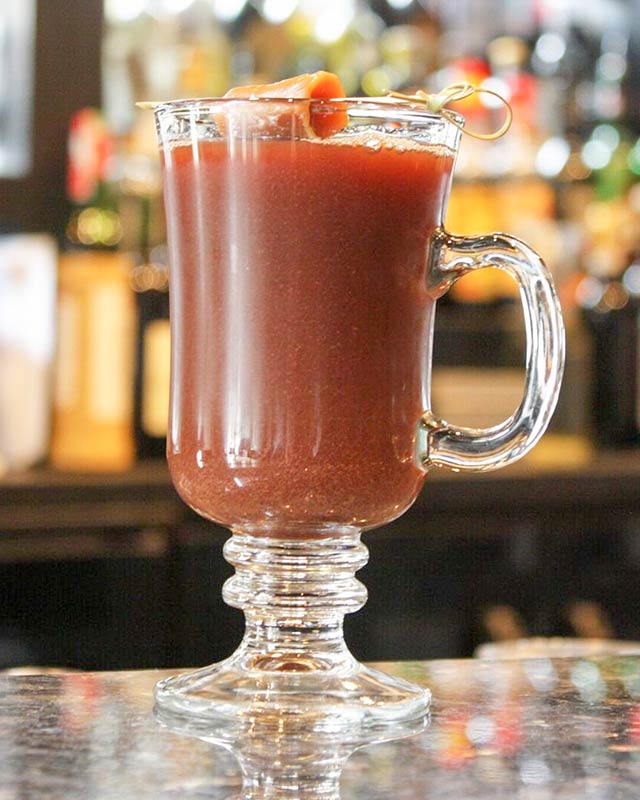 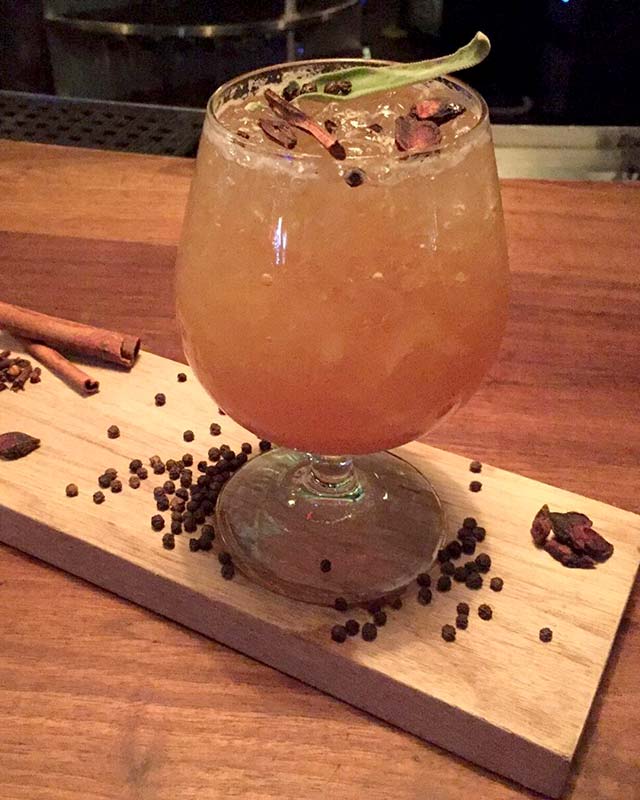 The Autumn’s Ambrosia at Crimson & Rye in NYC is mixologist Mcson Salicetti’s homage to the season. “Autumn is fall and ambrosia translates to nectar,” he explains. “The exilir of life, the drink of the gods and immortality!” While we dig Salicetti’s inspiration, we are really into this cocktail for its mix of Blue Nectar Resposado Extra Blend, lemon juice, black peppercorn-honey syrup, fresh apple juice, sherry, and whiskey barrel-aged bitters. 198 E 54th St., 212-687-6692, www.crimsonandrye.com

Thanks for Smoking at Wolfgang Puck Borgata 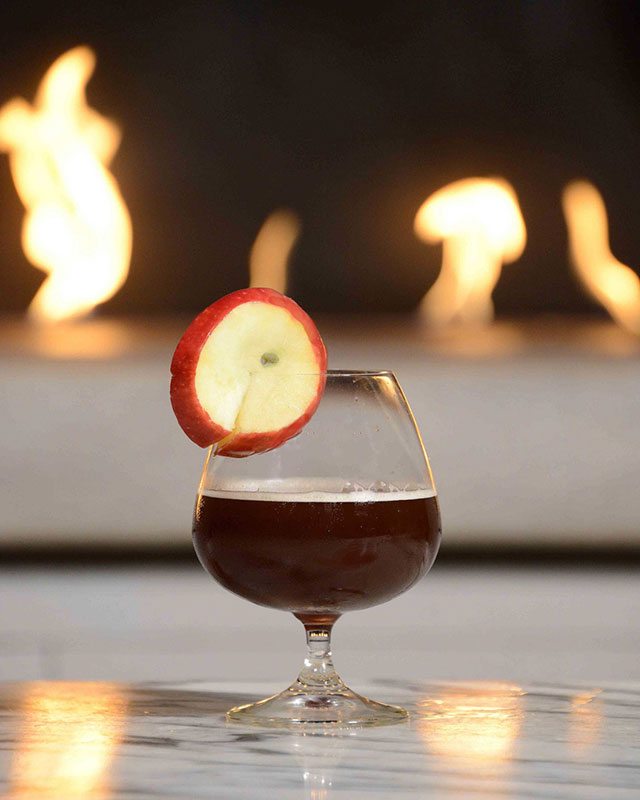 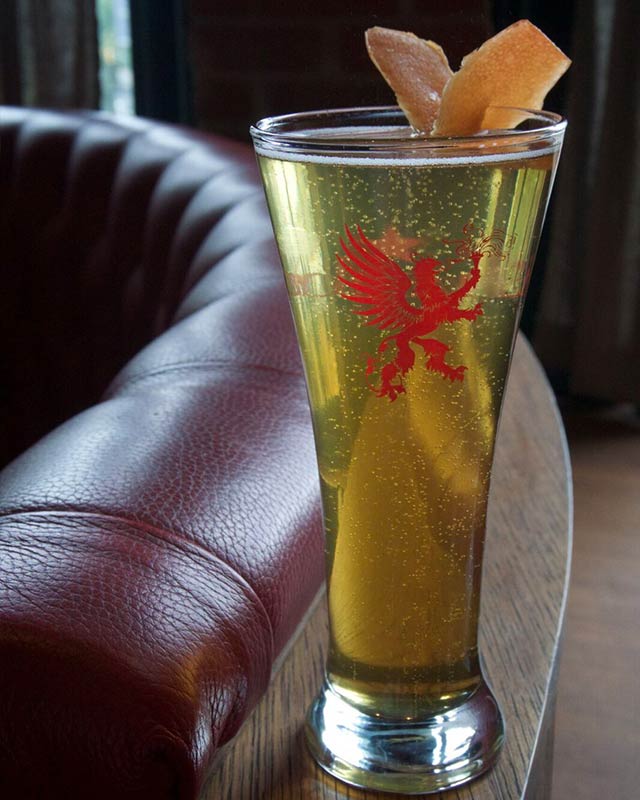 Head northwest to Vancouver to check out the Alchemist Cider at Chambar. Made with Left Field Big Dry cider, housemade Alchemist syrup (Demerara syrup, dried Seville orange rind, kola nut and Spanish sarsaparilla) and grapefruit rind, we think it’s worth the trip. Fun fact: all of the ingredients used in the drink, by mixologist Philippe Grandbois, are from regions mentioned in Paulo Coelho’s beloved book “The Alchemist.” 568 Beatty Street, Vancouver, British Columbia, 604-879-7119, www.chambar.com 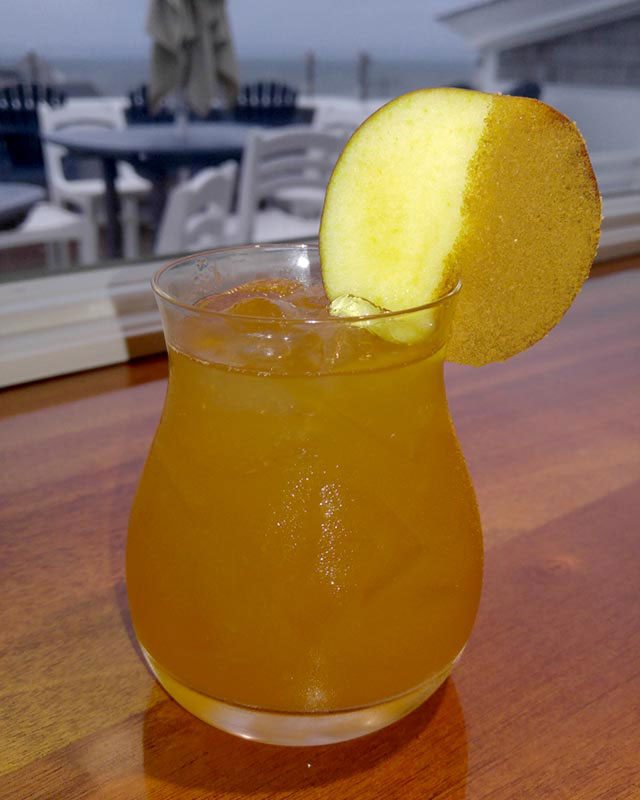 Whiskey makes yet another appearance in this tipple from Narragansett’s Chair 5. The Apple Turnover is a blend of Bully Boy whiskey, St. Georges Spiced Pear, apple cider and Fee Brothers Black Walnut bitters and you need it now. 1208 Ocean Road, Narragansett RI, 401-363-9820, www.dinechair5.com 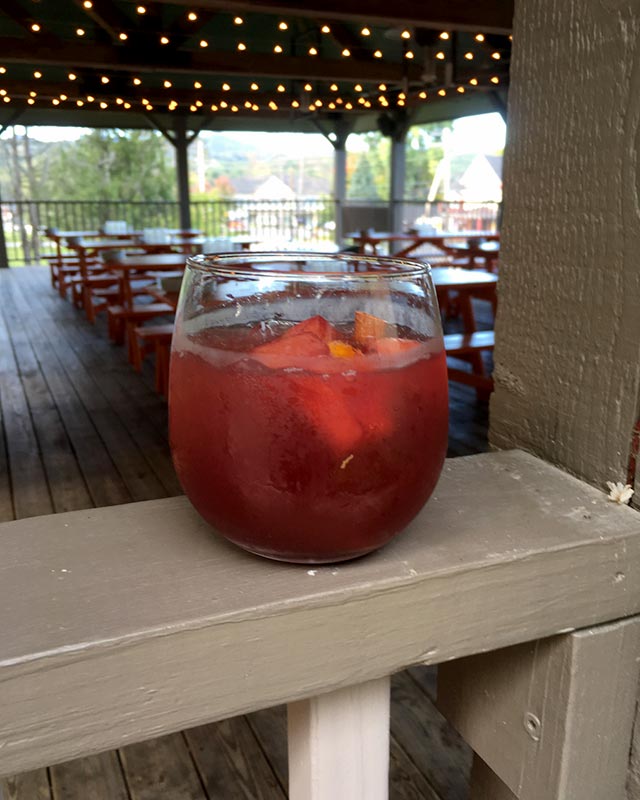 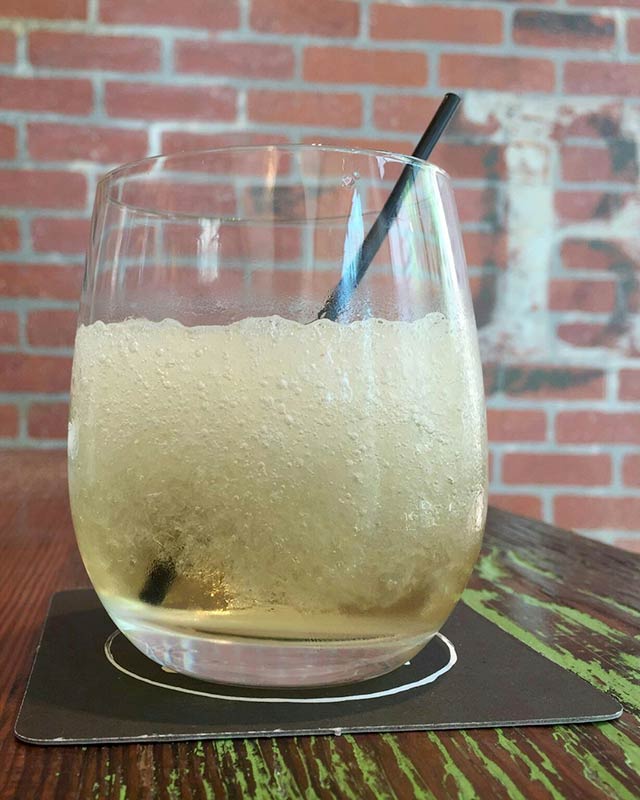 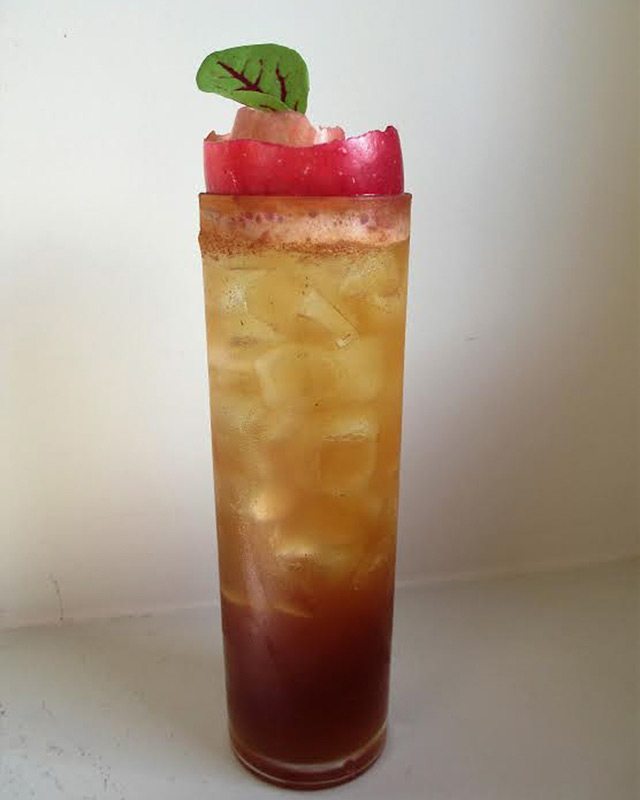 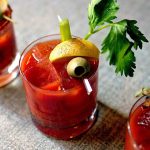 The 7 Bloody Mary Cocktails to Try Now in NYCFeatures 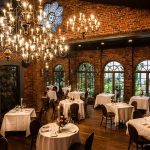 6 Haunted Bars to Drink at this Halloween in NYCFeatures