You can classify rum in dozens of different ways taking into account the different hues, how long they’ve been aged, and the type of barrel in which they’ve been aged. For our purposes, though, a simpler view breaks them down into three categories: light, dark, and spiced, with an alcohol content ranging from 20% to 75%.

The darker rums are generally heavier and contain a strong molasses flavor with a slower fermentation period that allows for the full development of flavor; lighter rums entered the scene a century later, employing cultured yeast in the fermentation process leading to a dryer product. Aged for shorter periods, light rums are paler in color and less full-bodied in flavor.

Lastly, spiced rums add flavors including cinnamon, rosemary, cloves, nutmeg and cardamom to incorporate an extra flair to their taste. These spices are usually added to dark rums but can be added to light rums along with some caramel for a signature sweet spice taste.

The History of Mount Gay Rum

It would be impossible to dive into the history of rum without mentioning Mount Gay Distillery, the world’s oldest running rum distillery, established in 1703. That small distillery grew – digging a well, planting single-strand fields of cane, and expanding towards a larger future – under the leadership of Sir John Gay Alleyne. 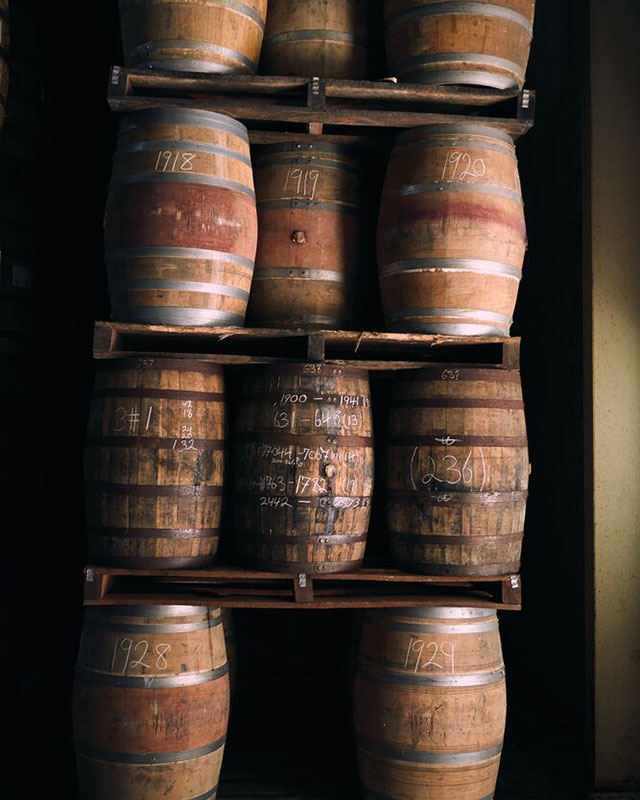 Mount Gay prides itself on heritage and its rich history that stretches across centuries and comes through in each blend. Today, Mount Gay sits atop four core blends: Eclipse, Black Barrel, XO, and the 1703 Master Select. Each of these blends is steeped in Mount Gay history, and each is made with properties unique to Mount Gay and the island of Barbados.

“We leverage over 300 years of heritage and expertise.to deliver rich and flavorful rum,” explains Branker. “Mount Gay is like a single malt within rum, made completely in Barbados from fermentation to bottling. We select only the best sugarcane from Barbados and the Caribbean and follow open‐air fermentation in wooden casks using coral‐filtered water from our own original well and proprietary yeasts for aromatic richness.”

Barbados sets itself apart in the Caribbean as the only coral-based island which, in turn, allows it to produce some of the purest water in the world. Using their own private well, Mount Gay draws this water through to power its production process. Local Barbadian molasses tends to have higher sugar content which leads to better yields of flavor.

“The terroir of Barbados is unparalleled and has a significant influence on Mount Gay rum,” admits Branker. “To start, Barbados is the only coral-based island from the Caribbean, which produces some of the purest water in the world. We draw water from our private well on our estate in our production process.” 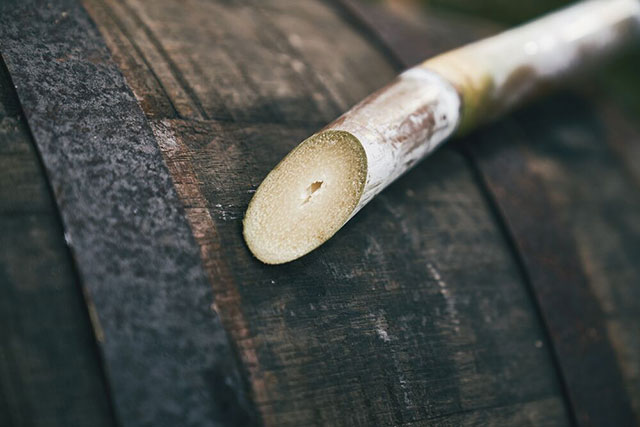 “Mount Gay Rum has this distinct taste unlike any other rums from the islands,” says Taylor Rae, Bartender at NYC’s Ghost Donkey and US National Winner: MGR Taste of Summer Comp. “Because of its history as the first original rum, you really can taste that craftsmanship in the bottle. Mount Gay differs from other island rums because everything inside of the bottle is inherently Bajan. The coral filtered water that they use to make the rum is harvested from the island, the natural open-air yeast that interacts with the breeze of the island. Finally, the perfect balance that is the pot and column still blend that is unique to Mount Gay.”

“The combination of each step of the process makes our rum truly unique: from the selection of sugarcane molasses to the fermentation in wooden casks, the distillation using both column and pot still, the maturation in different types of oak casks and finally the expertise of our Master Blender [Trudiann Branker] during the blending process,” says Raphaël Grisoni, Managing Director of Mount Gay. “The unique profile of our rums come down to the blend of column and pot still rums and the aging process in Bourbon, Cognac and American Whiskey barrels under the influence of a tropical climate.” 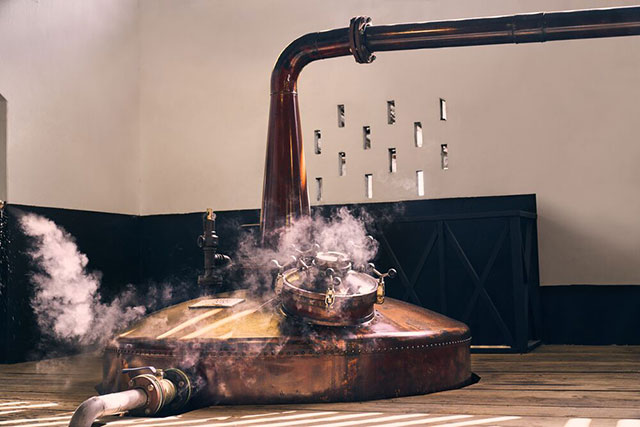 These strong flavors sit at the core of what sets rum apart from its fellow dark liquors, and Mount Gay consistently works to set itself apart again from its rum competitors.

“The blending phase is truly an art,” Branker reveals. “I work closely with the team to carefully hand select each blend that goes into our signature products.”

Grisoni adds that “what’s unique about Mount Gay is that we are the world’s oldest running rum distillery and we leverage over 300 years of heritage and expertise. While we have perfected the art of rum-making, we continue to refine our product and enrich rum tradition. It is important to note that there’s a fine line between science and craftsmanship when it comes to producing our premium rum products. Blending is a true craft, with an alchemy of controlled practices and skilled intuition.”

The Flavors of Mount Gay

Mount Gay distinguishes itself from its younger island rum brethren with its craftsmanship. As the oldest rum maker in the business, it constantly strives to set itself as the gold standard in rum. While it has a varied flavor profile, you can pick out Mount Gay rum for its complex notes of dark chocolate, almond, ripe banana, and fresh vanilla.

“Another way that Barbados comes through in the rum is the molasses that are made in Barbados during the fermentation process. There is a deeper profile of sweetness that can be tasted alongside other molasses from surrounding islands and the distinction is obvious,” adds Rae. “Mount Gay has a buttery and rounding finish that allows you to enjoy it both by itself and in a cocktail. Mount Gay has a rich complexity with hints of deep vanilla, oak and caramel.”

The variation in Mount Gay expressions appeals to discerning palates and those seeking flavor and richness in their glasses.

How to Enjoy Rum

There are a multitude of ways to drink rum and no wrong ways (well, maybe grog). It’s particularly easy to enjoy in a cocktail and as an island drink, you can find plenty in big tiki drink form. But rum’s range moves far past umbrella drinks on the beach and far into a world of highballs, daiquiris, and Old Fashioneds. 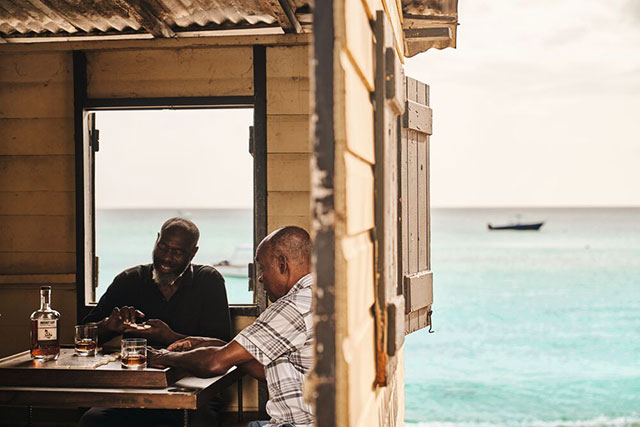 For Branker, “Mount Gay XO and soda water is my go-to drink. Mount Gay is a great essential ingredient for several classic cocktails, as well as a liquid that can be sipped neat or with a large coconut water ice cube to bring out the true flavor and notes. For example, Black Barrel is great in a twist on a traditional Barbadian Rum Punch, and XO is perfect for a take on the Old Fashioned.”

Tyler Caffall, the Head Bartender at NoMad Bar in New York City says,  “At our bar, we mostly employ the Mount Gay Eclipse and the Mount Gay Black Barrel varietals. I like how lean and spicy these rums are compared to other molasses distillates. In addition to baking spices from the oak, I love the pepper, banana, and ginger notes I get from the Eclipse. I absolutely love it in a buck or a mule.”

Acquiring a taste for rum however, you may find yourself leaning into lighter mixes. Mount Gay and tonic water is a popular island drink, and often a precursor to enjoying glasses of the rum neat. Ghost Donkey’s Rae prefers the cocktails that allow the rum to headline the drink. “Mount Gay and Tonic has a perfect balance of refreshing, bitter and sweet. I love any variation of a rum old fashioned, with walnut bitters, demerara syrup and XO.”

Caffall is also a devotee of this wildly popular tipple. “I also am a fervent participant of the Mount Gay & Tonic trend,” admits Caffall. “The Black Barrel, on the other hand, brings a toasty marshmallow note to the drinks we use it in. I like to sub it out for Agricole in a Mai-Tai during the winter for a cozier version of that drink — it trades all the bright green grassy and petrol notes for cinnamon, clove, vanilla, and anise.”

Rum also pairs with some truly delicious food options and especially with spicy foods considering its Caribbean heritage. Mount Gay is truly at its best when enjoyed with a dish like spicy noodles or complementing the baking spices and caramel in a Rum Bread Pudding.

“What grows together goes together!” says Rae. “All things Caribbean! I immediately think of bread pudding and how amazing Mount Gay would go with the baking spices and caramel that would be used in a Rum Bread Pudding.”

Caffall also has fond memories of pairing Mount Gay rum with spicy drunken noodles with Napa cabbage and sesame, from a weekly tiki pop-up at Fort Defiance in Brooklyn. “I can’t think of anything I want more right now than those noodles with a cold Planter’s Punch made with Mount Gay.”

For a look inside Mount Gay Distillery with Master Blender Trudiann Branker, check out the video below:

For more information on Mount Gay Rum, please visit www.mountgayrum.com and follow along at @mountgayrumUS.

Barbadian rum Essentials Mount Gay rum Rum Sponsored
The Essentials of Mount Gay Barbados Rum2020-06-222020-06-22https://thirstymag.com/wp-content/uploads/2016/04/thirsty-nyc-logo-1.pngthirsty.https://thirstymag.com/wp-content/uploads/2020/04/medium-mount-gay-photo-experts-at-work-trudiann-branker-master-blender-1-featured.jpg200px200px
About
Spencer Lambert
Spencer loves IPA’s and corny 80s action movies, enjoyed at the same time if he can help it. He thinks of himself as a student of high-quality drinks and an expert on cheap ones. You can find him traversing New York City in search of the perfect beer+burger combo, a search that he hopes will last a lifetime.

How Mobile Use is Driving the Wine IndustryFeatures