The Perfect Drinks to Sip on Games Night

Drinking games are a popular pastime and playing drinking games can be a great way to break the ice at social events, introducing team spirit and camaraderie in an environment that is conducive to having fun. Drinking in moderation can help people to feel more relaxed and oil the wheels of the “getting to know you” process or liven up an evening with old friends.

Drinks can enhance almost any gaming situation, from introducing new groups of people to each other to adding an additional layer of fun to a night of gaming with friends. Drinks can also be used to set the scene and add glamour to a night out at the casino or even online at Virgin Games or help boost the energy of a gamer trying to beat their high score by staying up all night.

Some drinks are associated with different games, such as those that have movie references or long-standing traditions behind them. Choosing the right drinks for the right games can turn your next games night into something spectacular.

Many committed gamers use energy drinks to maintain their stamina when engaging in long drawn-out battles or when trying to beat a particularly tricky level or high score. Energy drinks can temporarily boost concentration, endurance, focus and reaction speed, which can give players that little something extra they need to achieve their goals. No matter what brand of drink is chosen, energy drinks have been known to assist gamers in reaching new heights.

The dry martini is a drink forever associated in the minds of many with James Bond. 007 is renowned for ordering this classic cocktail “shaken, not stirred”, and has been seen on screen multiple times sipping a dry martini while trying his luck at high-stakes tables in the casino. James Bond famously plays numerous casino games throughout the franchise but is best know for his baccarat skills. Enjoying a dry martini while playing baccarat may not turn everyone into a in international man of mystery, but it can enhance the experience.

Beer pong is a highly popular drinking game among college students. The simple rules and fast-track to getting tipsy have plenty of appeal for young people. Each team in beer pong has a table tennis ball (or ping pong ball) and a series of cups filled with beer in front of them. Players from each team take it in turns to try and get their ping pong ball into a cup from the opposing side. If a player successfully lands their ball in an opponent’s cup, they then drink the contents of that cup. There are many variations to the rules that can make the game much more complex, but the one rule that remains the same is that the cups must be filled with beer.

Professional poker players who are risking large amounts of money just to be able to enter a tournament are most likely to stick to soft drinks, as they do not want to affect their ability to concentrate. However, hosting a home poker game is a different matter. Bourbon is a popular drink of choice for serving at home poker games. It has an air of sophistication, does not involve large amounts of liquid that may have players leaving the table frequently and is meant to be savoured rather than drunk quickly. Serving bourbon at a home poker game therefore allows each player to enjoy a drink without the game descending into chaos with players being too drunk to follow the action. However, some players swear by ordering fruit-based cocktails when involved in a lengthy poker tournament as the sugar content can provide that essential energy boost.

A mojito is a rum-based cocktail that invokes images of tropical beaches and exquisite summer vacations. With many of today’s slot machines offering themed play, this could be the perfect drink for playing an island-based slots game and fantasising about living on a luxury island where the sand is white, the sun is bright and seas are cerulean blue.

Irish snap is a rapid-fire drinking game that requires players to shout out the names of cards in order each time they play a card. Each player turns over a card in turn and as they do so, they say a value starting with ace. The second player says two as they play their card, the third player says three and so on all the way up to king. If the card a player turns over matches the value they are saying aloud, they and everyone else at the table must shout “snap” and slam their hand onto the pile of cards. The past player to react loses and must drink a shot. As the game is called Irish snap, there is no better shot for this than a good Irish whiskey.

Whether playing a game designed to encourage drinking, or simply enjoying a drink while playing a favourite game, choosing the right drinks can enhance the gaming experience and make the event more enjoyable for everyone involved. While too much alcohol may not be the best idea when playing in a serious competition, a drink or two can help players relax and enjoy their evening when playing for fun. 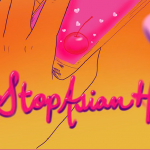