The Top 5 drinking scenes in Film. They’re like books, but better.

Now that it is cold in New York City we thought that we would give you some suggestions to movies that you can pour yourself a cocktail and curl up for the evening. We have gathered together some of the finest bar and drinking scenes ever seen.

This is a great film and even better drinking scene with bartender Lloyd, the bartender, that is a figment of Jack Nicholson’s imagination. According to Jack Nicholson Lloyd is “the best damn barman from Timbuktu to Portland, Maine… and Portland Oregon for that matter”.

Mean Streets is the film that hailed Martin Scorsese that was filmed in muted colour and almost entirely with a handheld camera that broke new ground in cinematography and boasts three great bar scenes.

This  90 second scene follows Harvey Keitel in a close up shot through the night from sober to completely wasted accompanied by the Chips’ doo-wop favourite “Rubber Biscuit”. Most of us remember how he feels. Or not, as the case may be. 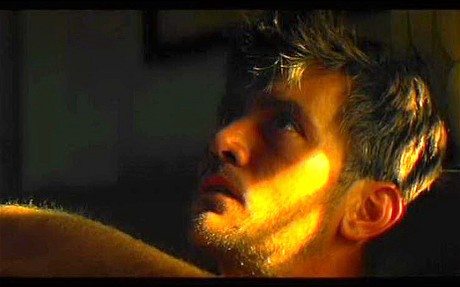 Rather than preparing for this role, Martin Sheen just got drunk and he did it a lot. He was in a rather dark place personally and he was completely wasted for the entire filming of the iconic opening scene, in which he drinks a bottle of whiskey and goes stir-crazy within the walls of a Saigon hotel room and lacerates his hand by smashing it through a mirror. We could not find this scene online but we all remember it, right! Click here to see  as Sheen recalls the despair, the darkness and the drink that drove the scene. 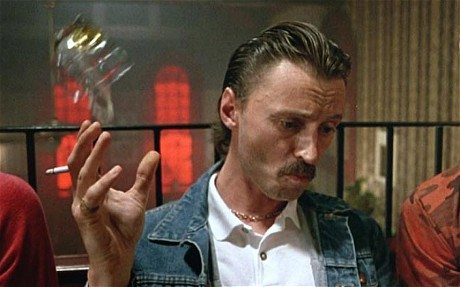 One of the most memorable bar fight scenes in film is features Francis Begbie from Trainspotting. In Scotland, some pubs must serve their drinks in plastic glasses. People like Begbie are the reason why.

Cocktail is the movie is one of the only true bartender movies and the movie that made every one want to bartend. Cocktail featuring Tom Cruise as Brian Flanagan doing cheesy and cocky in a way that only he can, it inspired many to pick up a Boston Shaker. While the film is brimming with killer/cheesy quotes, mostly from Dough Coughlin – the film’s cocktail mentor played by Bryan Brown, the scene that melts the butter of nearly every bartender is Flanagan’s impromptu recital of The Last Barman poet.

This is the film that made Matt Damon and Ben Affleck’s stars! This film that was written by Affleck and Damon and directed by Gus Van Sant; tells a tale of a group of kids from South Boston. The bar scene in Good Will Hunting kicks off a string of interactions as the guys visit a bar in Cambridge. As Damon’s character “Or do- is that your thing, you come into a bar, you read some obscure passage and then you pretend- you pawn it off as your own- your own idea just to impress some girls? Embarrass my friend?” This movie is chock full on one liners that you can’t help but repeat! 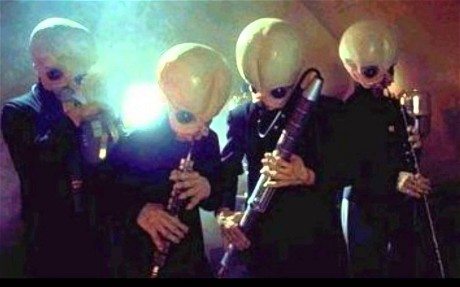 This bar scene is one of the most reproduced bar scenes in film and the weirdest bar in cinema. The bar is situated within a pirate city on planet Tatooine, it’s not somewhere to take a first date. The clientele is made up of angry-looking aliens, jobbing freight pilots and the dodgy looking dregs of intergalactic society, there’s an unnerving tolerance of extreme violence, the service is slack and the house band sound like a fire in a pet shop. And they don’t serve droids. Heaven knows what the gents look like.