Walking inside Top Hops, nestled across the street from The Tenement Museum in Lower East Side, it’s easy to feel as if you’ve walked into the beer equivalent of Epcot, Disney World. With 20 draft lines, over 700 different beers and cans spanning the globe, and entire walls decked out with one of a kind craft beers, the options are almost overwhelming.

The dozen seats at the bar offer the best vantage point from which to take all of this in. An enormous chalkboard spans the bar’s width, meticulously detailing the 20 drafts of the day. The brewery’s origin, the style of the beer, and even the last time the draft line was cleaned are all broken down on this board. A tip of the cap to Top Hops here; I couldn’t find a tap line that hadn’t been cleaned within the week. 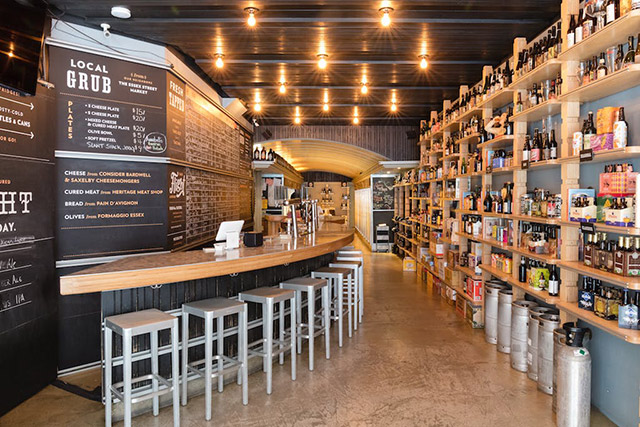 Draft options are changed regularly, and the beer you loved one day may be gone by next week. I gave the “Diane, Never Drink IPA That Has Been Anywhere Far From Galaxy” (with that name I had to), brewed by Evil Twin right next door in Brooklyn. Loving it was a little bittersweet, knowing it was highly unlikely I’d find a bar anywhere in Manhattan with this beer again.

Luckily, I was in the right place for buying hard to find beer. The 700 beers and cans in the refrigerated section cover almost any beer you can put a name to – and you can drink them right there or purchase for later. Perusing the fridges is quite literally a world tour, as each fridge is broken down by brewery origin. You could spend weeks working through the Japan breweries before even making your way over to the Germany, or the Vermont, or the West Coast section. Heading over to the New York refrigerator I found an entire selection of Evil Twin brewed beer to choose from, including the IPA that I’d just discovered. 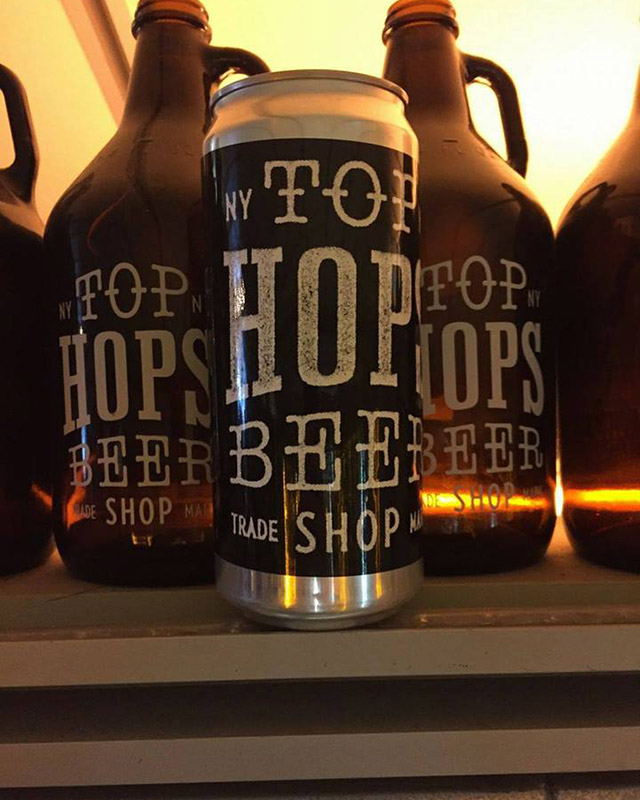 It’s this vast array of options that has led to Top Hops success, and its expansion. Top Hops arrived on the scene of Urbanspace @570 Lexington, New York’s second permanent food hall three months ago, and the marriage between great food and craft beer offerings is just as happy as could be expected.

If you don’t think you have the beer knowledge to appreciate Top Hops, think again. The bartenders are happy to explain, advise, and serve up a flight of beers for you to taste. Or if you really want to expand your beer know-how, take one of the classes taught by their resident drinking experts. Sharpen up on your Belgian Beers, book some thinking and drinking time, or take a date night class with a meat and cheese board. 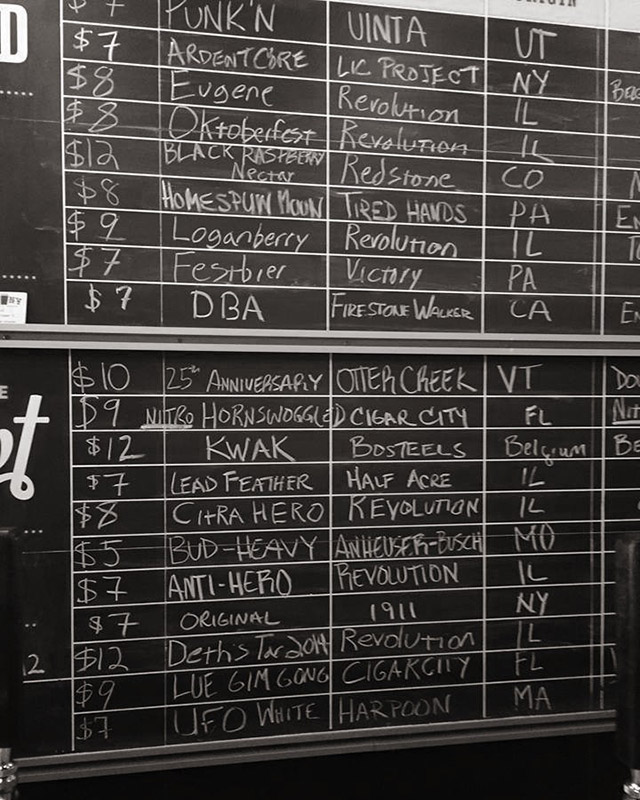 For those tired of the four or five draft lines available at most NYC bar’s, the trip down to Top Hops is the best way to do some real beer shopping. And if Lower East Side it a trek, then add their food market location at Urbanspace to your list.

Beer craft beer Lower East Side
Drinking at Tops Hops, a Beer Lover’s Dream2018-07-052018-07-05https://thirstymag.com/wp-content/uploads/2016/04/thirsty-nyc-logo-1.pngthirsty.https://thirstymag.com/wp-content/uploads/2018/07/top-hops-featured.jpg200px200px
About
Spencer Lambert
Spencer loves IPA’s and corny 80s action movies, enjoyed at the same time if he can help it. He thinks of himself as a student of high-quality drinks and an expert on cheap ones. You can find him traversing New York City in search of the perfect beer+burger combo, a search that he hopes will last a lifetime. 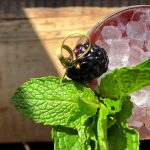 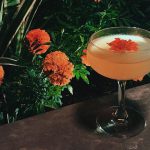 Transportation and Travel-Inspired Cocktails at The Grey in SavannahFeatures