When you ask most people what they think of when they hear the phrase “infinite monkey theorem,” what comes to mind might be that geeky theory about the nature of infinity. You know, the one about how if you give some monkeys a set of typewriters and an infinite amount of time, the fact that there are only so many letters and so many combinations of those letters means the primates and their typewriters will eventually crank out the complete works of Shakespeare. Which is the same reason Ben Parsons, a wine entrepreneur, thought that phrase would also make a great name for an urban winery. Stick with us here, we promise it makes sense.

Parsons came up with the name for Infinite Monkey Theorem and founded it exactly 10 years ago this year. It’s an urban winery based in Colorado that also has a presence in Texas, is set to expand there soon and is trying super hard to do nothing less than disrupt the wine industry.

IMT is set to open a bar and taproom in Dallas’ artsy Deep Ellum district, where the business has just signed a lease on Main Street and is still finishing the buildout of what will be its fourth location overall. The others include the wine bar’s original location in Denver, a second in Austin and a satellite taproom in the works in Fort Collins, Colo. There’s no firm opening date yet planned for Dallas, but look for its debut towards the back half of 2019.

So what’s a Colorado urban winery doing in Texas, and what’s the deal with the name, anyway? Parsons, the founder and CEO, thinks the name perfectly encapsulates his vision in a delightfully offbeat way. The theorem, as he explains it, “kind of tests your idea of the whole concept of infinity and the fact that given an infinite amount of time, anything and everything is possible. It’s about creating order out of a chaotic system. And there’s nothing more chaotic than growing grapes on the western slope of Colorado and making wine in a back alley in a warehouse in a city, you know?” 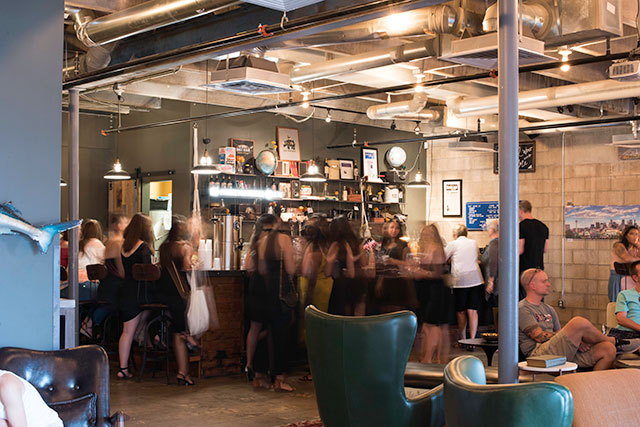 To that last point, IMT makes it wines in a 15,000-square-foot urban winery in the River North Art District in Denver and a 6,000-square-foot urban winery in the South Congress District of Austin, Texas. Grapes are sourced mostly from the western slope of Colorado and the high plains of Texas, and IMT produces everything from merlot to cabernet franc, rose, chardonnay — even cider in a can. The mission, if you can call it that, is less a blueprint and more a general philosophy governing the enterprise, which calls for breaking down the stuffiness of tasting rooms full of wine snobs and making the experience of drinking wine “fun and accessible.”

Those are the two words you hear often whenever Ben explains himself, and which certainly don’t come as a surprise when your venture takes its name from a nerdy math concept. “There’s a lot of fluff and pretense in the wine industry, which makes it seem fairly intimidating to people,” Ben says. “And it’s a very old industry that hasn’t moved very quickly.

“Infinite Monkey Theorem has tried to change that, being transparent about where it gets its fruit and what it’s trying to achieve. We want people to feel at home and enjoy it without being scared. Without being scared to ask questions. I think that’s where we fit in.” 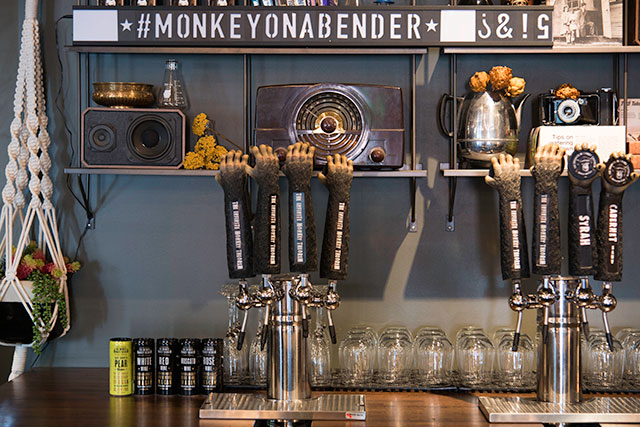 So having said all that, that means what you get with IMT is a venture built around harvesting grapes at their peak, nurturing each batch of juice on its way to becoming wine, really getting to know the people who drink it and not caring so much about all the things on the periphery, like the fancy granite- and marble-covered tasting rooms. In fact, the team borrowed a page from the craft beer industry and started opening taprooms where you can hang out, unwind from the day and enjoy a glass of wine instead of beer. 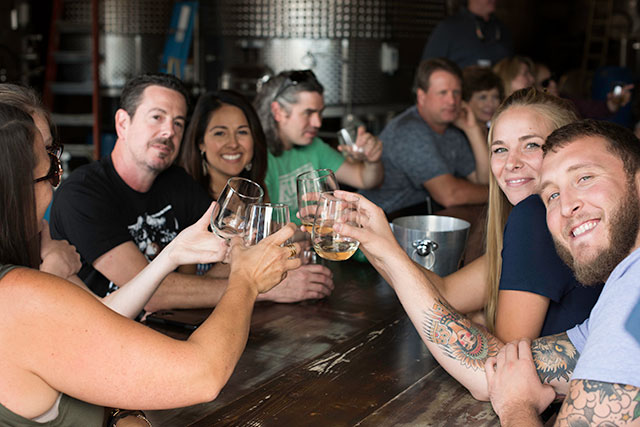 The business is targeting customers who range in age from mid-20s to mid-40s as its demographic sweet spot. And women, especially, love IMT’s taprooms, which have a roughly 80 percent female clientele. “We’re going for people who wants a good glass of wine but don’t want to be spoken down to by a kind of tasting room person who’s trying to sell them on a case of wine like in Napa,” Ben says. “People who want to learn about the wine but don’t want to feel intimidated.”

Later, Lisbon: Drink at these 7 Destinations in Porto, PortugalFeatures