What to Drink at The Meadows

When the organizers of Governors Ball announced their brand new music festival, The Meadows, we immediately got giddy with excitement.  Obviously they know how to curate an epic musical line-up, but we have to tip our hats to them for also putting together a fantastic offering of drinks at Governors Ball. The Meadows promises to be no different!

In between catching The Weeknd, J. Cole, The 1975, Kygo, Chromeo, Chance the Rapper and a little known guy named Kanye West, here are the drinks that you should be sipping at The Meadows! (hint – they are keeping it seasonal)

Vodka is always a go-to choice and who doesn’t like Tito’s.

With the weather looking to be a bit chilly and possibly a bit wet, this whiskey only section is the way to go!

Anyone that followed our coverage of Governors Ball knows that we are obsessed with Road Soda Bar and that our rule of thumb is “Never say No to 1942”, so you will certainly find us hanging there with all the other Freeloaders drinking all the drinks on draft in the Don Julio Airstream Speakeasy.

A post shared by thirsty. A guide to drinks (@thirsty)

Who says you can’t teach an old dog new tricks?  Pepsi-Cola recently debuted their new 1893 Ginger Cola, and it’s good.  We say head to their 1893 Tasting Loung and try it with bourbon & mint – this promises to warm ya up if you get a chill in your bones.

1893 Pepsi don julio electric sky wine Founders Entertainment larceny bourbon lemonade music festival Smoothie Tequila the meadows Titos Vodka
What to Drink at The Meadows2016-09-302016-10-01https://thirstymag.com/wp-content/uploads/2016/04/thirsty-nyc-logo-1.pngthirsty.https://thirstymag.com/wp-content/uploads/2016/09/what-to-drink-the-meadows-nyc.jpg200px200px
About
Tara Fougner
Co-Founder of thirsty, Tara Fougner has over over 15 years of industry experience and a passion for the global beverage community. One might think that Tara was destined for beverage media as her great-grandfather, G. Selmer Fougner, is credited by David Wondrich as being "America's First Drinks Writer." A lifelong New Yorker, you can usually find her hunkered down on some barstool around the world chatting up the bar crew about their beverage program and endlessly taking pictures of drinks for the 'gram. In 2020, Tara was honored by Drinks International on their 'Top 100 Most Influential In the World' List. 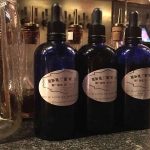 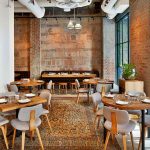