Where To Drink in El Segundo

“Near the airport” may be one of the most dreaded terms when it comes to travel, but El Segundo, California is changing all that. Located in the South Bay, a growing business and entertainment destination, El Segundo is just minutes from both the coast and Los Angeles International Airport.

For those on the hunt for good eats and good drinks, the area is an unexpected hotspot boasting breweries, distilleries, rooftop cocktail lounges and more. Whether you are a vacationer or staycationer, explore El Segundo through these five lively spots. 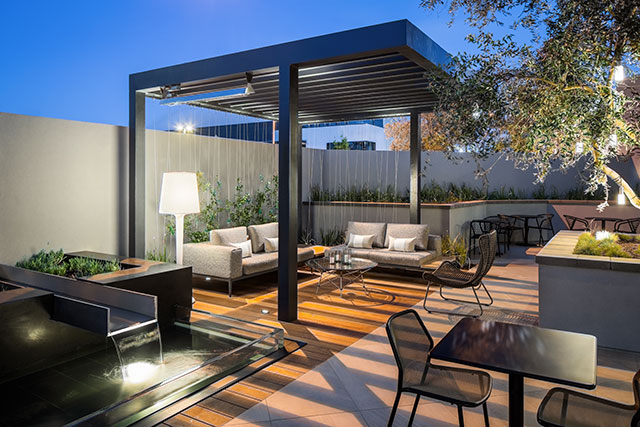 Redefining an “airport” hotel, the 180-room AC Hotel Los Angeles South Bay brings its timeless design with a European soul and Spanish roots to El Segundo. Developed and managed by El Segundo-based Welcome Group, the six-story design-led hotel, part of AC Hotels by Marriott, provides a modern option for business and leisure travelers as well as Angelenos. From its sleek design to its state-of-the-art fitness center, tech-friendly meeting spaces, relaxing library and guest room options – ranging from pet-friendly to sky-high ceilings, the nearly 100,000-square-foot property embodies a contemporary style that is sophisticated yet unpretentious. 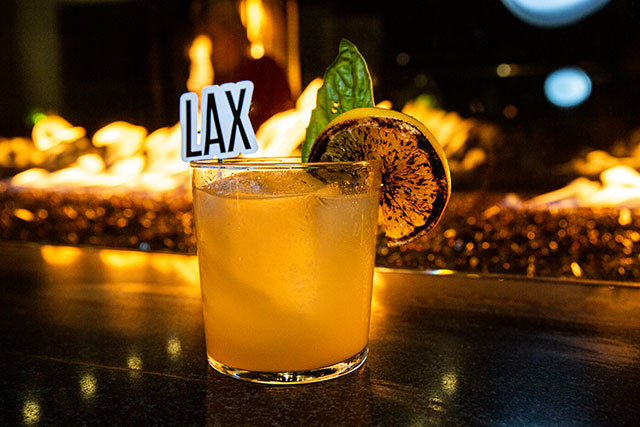 Guests of AC Hotel Los Angeles South Bay can fuel up for the day with breakfast at the AC Kitchen, which features a European-style spread of French croissants, artisan-cured meats and more. Additionally, an indoor/outdoor AC Lounge provides a place for guests to work in the morning and play by night. Here, guests can pack in a power lunch on the patio, unwind with handcrafted cocktails or snack on shared tapas after dark. And with all the LAXit drama going on at LAX, the beverage team invites weary travelers to drown their transportation sorrows with a stiff drink. Show the bartender some proof (screenshot, receipt, plane ticket) that you recently took an Uber, Lyft or taxi from LAX within the past 24 hours and you’ll be rewarded with a complimentary LAXit cocktail. The original cocktail, available through the month of January, is a take on the Adios, MF (fitting, right?) and is made with vodka, tequila, rum, gin, and Cointreau, topped with grapefruit and orange juice, garnished with a burnt orange wheel and basil leaf from the hotel’s rooftop garden. The AC Lounge serves as a prelude to Flora, the hotel’s sixth-floor rooftop garden. More on that below! 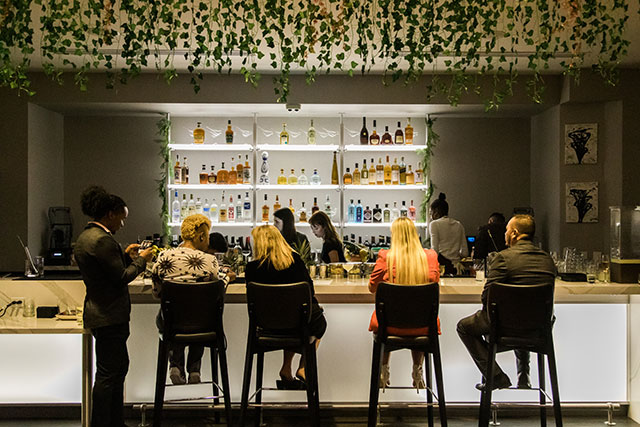 Whether you are staying at the AC Hotel Los Angeles South Bay or just looking for a stylish night out, the hotel’s rooftop bar and lounge, Flora, is not to be missed. Serving garden-inspired cocktails and seasonal bites alongside sweeping city views, the rooftop oasis is a welcome addition to the area. Designed with elevated comfort in mind, the space features a sophisticated indoor lounge and granite bar with seating for 57 along with 90 outdoor seats, including community-style dining along its central fire pit. Landscaped with lush greenery, the patio garden is alive with an assortment of plants, a living succulent wall, edible flowers including marigold, lavender and nasturtium, and a variety of herbs from mint and marjoram to chives and basil. Views of the city of El Segundo, including the new stadium at Hollywood Park, round out the rooftop experience. 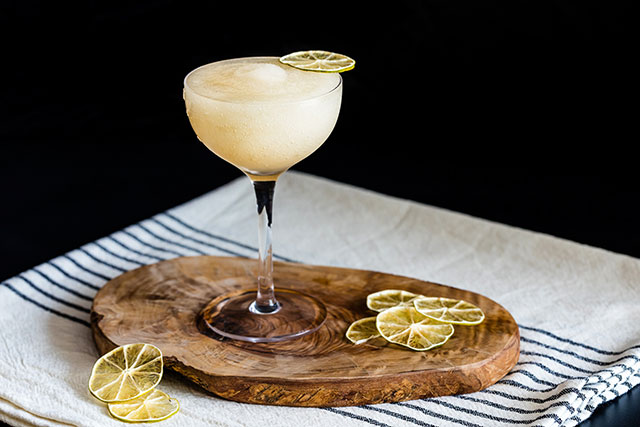 Offering inventive takes on both classic and frozen sips, the comfortable lounge space is the perfect cocktail setting to watch a signature SoCal sunset, cap off a long flight, celebrate a business deal or skip rush hour traffic. Pair a refreshing G&T (Flora’s signature Garden & Tonic) cocktail with a seasonally-inspired bar bite while soaking in the sights of planes flying in and out of nearby LAX and scents from the rooftop garden. The flavorful garden ingredients are infused in every menu item, from the Greek yogurt in the Greek Garden cocktail to the house-grown herb butter spread atop a batch of fresh-baked potted bread. Other cocktail standouts include the Front Porch Sour made with Stillhouse Bourbon, rosemary syrup, lemon and pineapple juice and topped with torched rosemary from the Flora garden and the Frozen Classy Daquiry made with vanilla-soaked dehydrated lime. Flora also pours a tasteful seasonal wine selection and local craft brews. 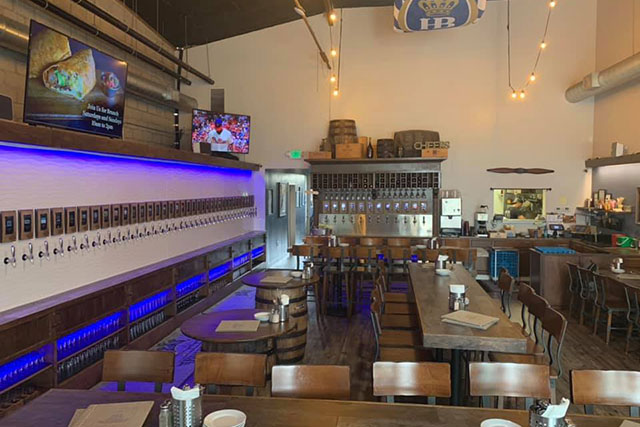 Located at the site of the former El Segundo Post Office, Brewport Tap House is a revolutionary gustatory experience, leveraging technology that allows patrons to access and pour beer and wine by the ounce, a concept known as “self-pour.”Featuring extensive seasonal craft beer and wine offerings (as well as non-alcoholic beverages) the self-pour format encourages experimentation – prompting patrons to broaden their horizons and try new selections they might otherwise never experience. Brewport features a 48 tap craft beer wall, curated by Gina Traber. Guests can be left to their own devices to curate their own beverage experience or with the help of the Brewport Flight Crew, happy to answer any questions they may have. The current line up includes unique brews such as Belching Beaver Brewery’s Peanut Butter Milk Stout, Indie Brewing Company’s Moot Point IPA, Brouwerij West’s Crocodile Receptionist Lager and Garage Brewing Co.’s Mango Hefeweizen. In addition to a number of hard ciders, sours and hard seltzers, Brewport also boasts an extensive selection of wines, hand-selected by Patrick Cox, a wine industry veteran with more than 40 years’ worth of experience. 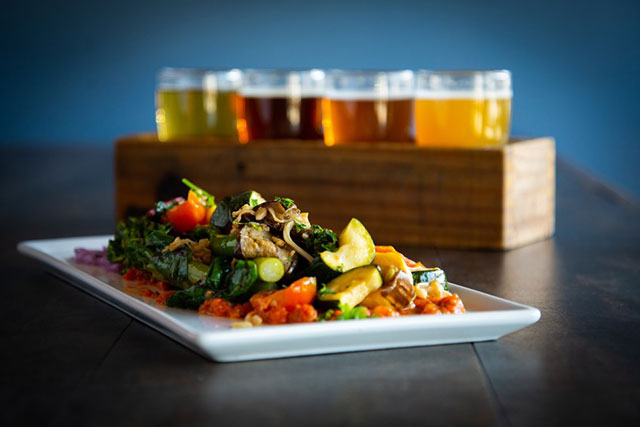 As the beer and wine menu varies, so do the culinary offerings, encouraging sampling, and ultimately pairing.  And speaking of culinary offerings, the food is awesome. Brewport features a full kitchen, helmed by LeCordon Bleu-trained Executive Chef Andrew Fujii, that creates a great array of entrees, appetizers, salads and shared plates. We recommend the Beer-Infused BBQ Flatbread, Before The Butcher Steak Tacos, Lump Crab Hush Puppies and the Cast Iron Chilli. Brewport is also open for brunch serving up favorites like Breakfast Poutine and Fried Chicken Biscuits and Gravy and 25% off sparkling wines and juices to create guests’ own mimosas. 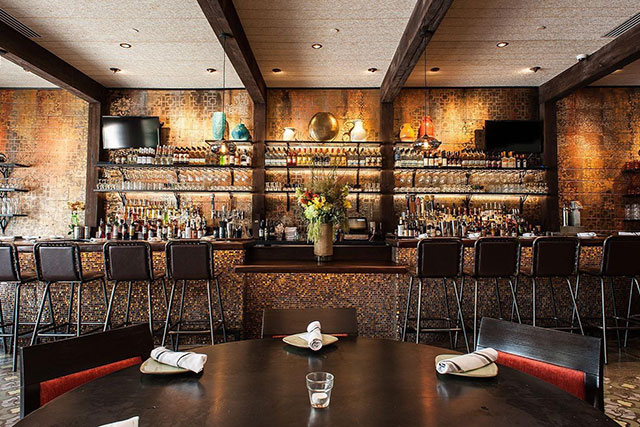 Sausal in downtown El Segundo is a modern Mexican dining experience with a twist. Named after Rancho Sausal Redondo (Round Willow Ranch), the vast farmstead that once encompassed El Segundo and most of the South Bay. The space’s interior boasts a sweeping bar, rustic-yet-stylish casual dining space and two-sided fireplace. The “Nuevo Rancho cuisine pulls history forward by blending traditional Hispanic ingredients with contemporary farmers’ market fare. The menu by partner Chef Anne Conness, borrows inspiration from the foundational elements of Rancho cooking including wood fire, smoke, and slow roasting and celebrates the bold flavors of Mexican cuisine in combination with the elemental flavors of Spain including citrus, olives and figs. The a la carte taco bar includes standouts like Beef Brisket Barbacoa with sliced radish, green onions and red mole sauce, the Walnut Mushroom “Chorizo” with cashew crema, black bean and corn salad, tomatillo salsa and cilantro and Chicken Tinga with pickled red onion, cilantro and arbol salsa. From the oak wood fire menu, try the Arroz con Pollo with achiote-marinated jidori chicken thighs with mushrooms, oven-roasted tomatoes, scallions, cilantro and Mexican rice or the Sausalito Burger with pepper jack cheese, tomato, avocado, bacon, 1000 island, cilantro onion relish and sesame roll. Other not to be missed dishes include the Chicken Albondigas, the Angry Mussels and Pork Chilli Verde with Sweet Corn Elote. 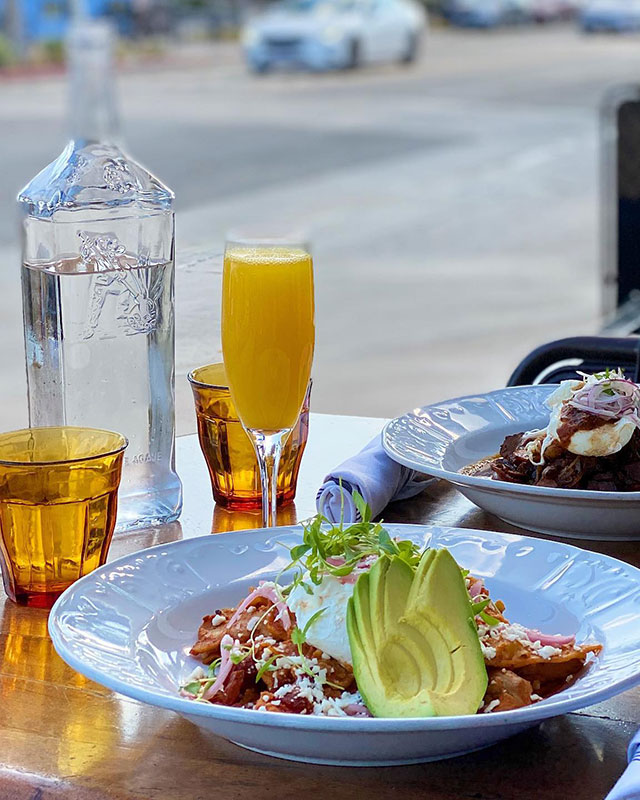 Behind the bar, the team served up some killer cocktails like the Mexican Firing Squad made with Cimarron Blanco Tequila, grenadine, bitters and splash of soda, The Cartel made with Fidencio Classico Mezcal, Grand Marnier, pineapple, poblano chili, lime and cumin and the Fresh Strawberry Margarita made with El Jimador Reposado, Triple Sec, muddled Driscol strawberries, fresh citrus, simple syrup and salt. The bar menu also includes unexpected Sausal Special Mixtos like The Future Fix made with Rittenhouse Rye, Fresno chili, agave and lemon and the Black Barrel Old Fashioned made with Mt. Gay Black Barrel Rum, bitters, raw sugar, luxardo cherry and big ice, as well as hour made sangria. 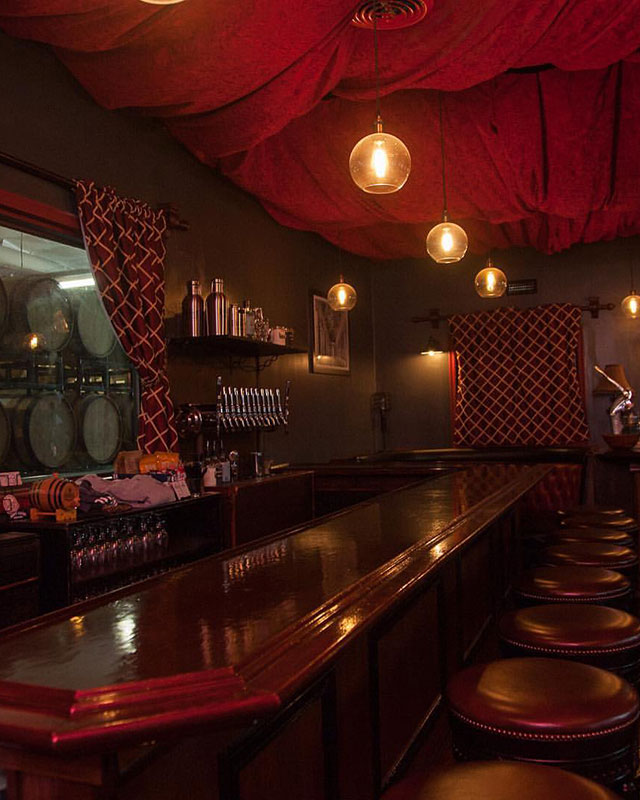 Rich in history, R6 Distillery is absolutely one of the best kept boozy secrets in the South Bay  Founder Rob Rubens’ entrepreneurial instincts and unwavering attention are a family affair going back over 100 years. In the early 20th century. his great grandfather and his brothers organized The Royal Theatre Company, which since it opened in 1926, has played host to numerous performers. Continuing the spirit of what his great grandfather started over 100 years ago, in 2014 he founded R6 Distillery. Along with state-of-the-art production gear, the El Segundo space features a 1920s–inspired speakeasy, the Smokey Hallow Tasting + Taproom, where guests can grab a seat at the bar for original grain-to-glass distillery spirits such as the Triple Gold Medal R6 Blue Corn Bourbon made with locally-grown organic California corn or their newest addition, the Carmela Caramel Flavored Whiskey. Signature craft cocktails featuring the spirits are available like the Bacon Fashioned with R6 Bacon Washed Bourbon, red miso syrup, barrel-aged bitters and Bubba’s Jerky, the Spring Blooms with R6 Gin, chamomile, lavender and lime and the Fortunella Lemonade with R6 Vodka, Fortunella Infused Orgeat and lemon. Spirit flights are also on the menu allowing guests to try a well-rounded sample of R6’s best creations. For those who prefer brews, beers from Three Chiefs Brewing are poured including the Fake Names Hazy Triple IPA, the Fiesta Punch (POG) Berliner Weisse and the Pils Good Pilsner. Live music and special performances such as burlesque dancers are held weekly for that extra cool throwback back.

The R6 Distillery Tour is another option that brings guests behind the scenes of California’s first distillery-brewery under one roof and on one floor. On the R6 tour, the team distills the process of making whiskey, gin, vodka and rum spirits from scratch and talk shop about milling, mashing, fermentation, distillation and maturation/finishing. 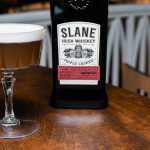 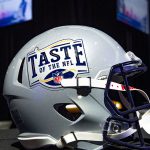 Taste of the NFL: South Florida’s Super Bowl Party with a Purpose®Features