Where to Drink in Los Angeles Right Now

There’s something about finding a great new cocktail bar – or, really, any place you weren’t previously aware of that you come to learn serves sublimely prepared whiskey, gin, beer, whatever your drink of choice – that can make you stop, take a beat, and tell yourself that God must surely you. Even in a big, sprawling metropolis like Los Angeles, where there’s almost 500 square miles and more than a hundred different neighborhoods to navigate, from Venice Beach to Hollywood and Koreatown.

All of which have their own ideas about cocktails and whatever else patrons want to imbibe, such that the city’s cocktail scene is actually as exciting as it’s ever been these days. Not only can you point to existing players who are crushing it, but a ton of new contenders keep coming onto the scene – and that’s before you even turn your attention to the restaurants that pay just as much attention to what’s in your glass as they do to the food on your plate.

Below, you’ll find a list of some of the newest and more interesting new cocktail bars and drinking spots to consider the next time you’re passing through the City of Angels, whether your thirst is for a brightly colored liquid in a tall glass or something stronger. 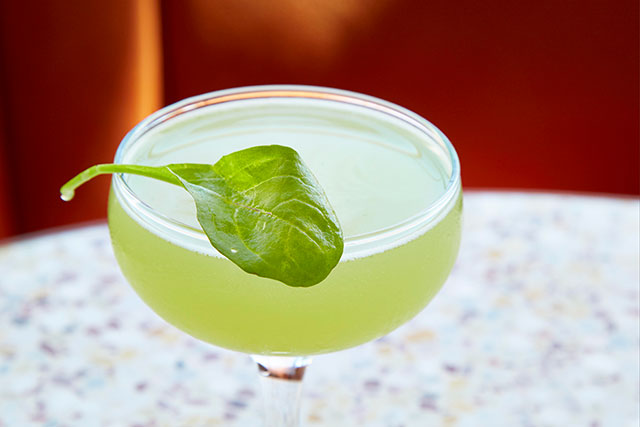 Sipping an afternoon cocktail at Five Leaves LA, the newly opened all-day cafe in East Hollywood (shown in the featured image, above) next to the big blue Scientology building, feels a little like moving around inside somebody’s carefully cultivated Instagram feed. Outside is a city of sun, surf, beautiful people and steel and glass, which is to say a city like that can’t have too many drinking spots like this one. The cafe is tucked inside a high-end, art deco space with comfy banquettes and booths, lots of inviting houseplants and plenty of sunshine. Order one of the menu’s American Whiskeys, scotches or house cocktails like the El Rey (With blanco tequila, grapefruit, lime, agave, salt & cayenne rim) or the Southern Belle (with English Breakfast-induced vodka, lemon, mint and prosecco) and just relax. At least try not to think about anything important until you leave.

There are plenty of places you can go in a city like Los Angeles to enjoy a beer or cocktail in the company of your fellow man, to carouse and rabble rouse and basically drink like a fish for the sake of it, if you so choose. There will, however, never be enough places like Auburn, a bright, airy fine dining restaurant that also happens to provide a sublime setting for beverage consumption. The warm tones and the bar near the glass front door beckon you to have a seat and sample the house’s specialty cocktails, like the Palo Santo (blended scotch whisky, palo santo, jardesca white, fresh coconut water and apricot) to the hum of traffic on Melrose outside and the diners and drinkers inside who keep this buzzy new establishment busy.

Veteran LA barman Mike Lay is the maestro behind the drinks at this new addition to LA’s Arts District, right smack in the middle of one of the busiest stretches of Downtown and just around the corner from the uber-trendy Italian restaurant Bestia. Bon Temps is a new all-day French brassiere from celebrated chef Lincoln Carson but has quickly made a name for itself, too, for its playful yet thoughtfully prepared cocktails and drink menu entries, like the Casablanca (with cognac, curacao, lemon, hibiscus, clementine and rose hips), Galapagos (pisco, lime, grapefruit, makrut lime leaf, lemongrass and black peppercorn) and the Monaco Sunset (calvados, aperitivo, blood orange, strawberry and pink peppercorn). The space is set within a former Heinz testing kitchen. Grab a seat at the 30-foot marble bar, and enjoy.

Our recommendation for this new rooftop dining spot in Culver City that offers a coastal mediterranean menu can be summed up with the following. Get thee to Margot post haste, not only to enjoy 360-degree views of the city but to see for yourself why it’s also begun turning heads with its seriously good cocktail program that includes several variations on everybody’s favorite gin and tonic. Specialty cocktails include the Jane’s Addiction (dandelion-infused vodka, orange preserves, manzanilla sherry and lemon) though the Negroni Painkiller (bulldog gin, campari, bianco vermouth, orange, pineapple, and coconut) also sounds pretty tempting.

A post shared by The Little Friend Bar (@thelittlefriendbar)

Maybe the first thing you think of when you hear the name of Silver Lake’s new throwback, 90s-era cocktail bar is Tony Montana’s infamous admonition from ‘Scarface.’ You should also, however, picture a fun, funky place to enjoy creative cocktails inside a space that street artist and co-owner Andre Saraiva has imbued with pink floors and graffiti all around inside. And you should let visions of drinks like The Gossip (made with Bacardi eight-year-old rum, Giffard Peach, lemon and champagne) and The Lover (with a shot of bourbon and PBR Tallboy) dance in your head. It’s the kind of place where, to borrow a line from The Beatles, a splendid time is guaranteed for all. 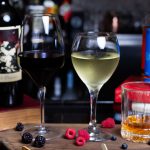 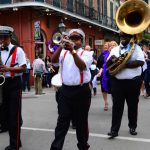 Thirsty Pro-Tips To Tales Of The Cocktail 2019Features