Where to Drink in New Orleans Right Now

Jonah Hill, the movie star, has this great line about New Orleans feeling a lot like “the bad kids’ island” from Pinnochio, that place where the rambunctious boys were sent with the amusement park and abundant pleasures – the bright lights, as well as an aura of foreboding. Comparing it to the Crescent City is hyperbole, obviously, but – well, you get the point, don’t you?

New Orleans is a little like that. It is a place unto itself, that has no equal anywhere else on the planet. It’s clear that somebody must have created this city of swamps and bayous, voodoo and myth, the excess and indulgence of Mardi Gras, Bourbon Street and a thousand other irresistible pleasures at a moment when God had his back turned and wasn’t paying attention.

We mean all that with the utmost affection, of course. They take such unbridled joy in everything here. In food, drink, parties, life as well as death, which is its own excuse for a party and celebration in the Big Easy. It’s like the lines from that old song from the 1920s, “Way down yonder in New Orleans, in the land of the dreamy scenes / There’s a garden of Eden … ah, you know what I mean.”

They say that cocktails were invented here, when the original recipe of the Sazerac was concocted by the Creole owner of an apothecary. Which is to say, there is a long, proud history of New Orleanians taking their drinks seriously. Because that’s one aspect of the complete New Orleans experience, no matter whether you’re popping in to a gaudy Bourbon Street bar, a neighborhood dive or a swanky brewpub. Pick your pleasure, and consider this a small cheat sheet with recommendations for some of the newer and more interesting drinking establishments to put on your list while you’re here.

When T. Cole Newton opened The Domino wine bar on Claude Avenue earlier this year, he wanted to break down some of the elitist vibe he thinks is too often present in such establishments. That’s why gaming, game boards and gaming pieces are recurrent images you see throughout the space here (a domino, like the name – get it?) Inside, you’ll see booths situated around game board tabletops. The website, www.dominola.com, also greets you with a large, animated domino on the page. And when it comes to the drinks, there’s a spirit of whimsy and approachability there, too. The wine list isn’t overtly fancy and is grouped under familiar categories like sparkling, red and white. There’s also a selection of cocktails like the Bywater Sour (with bourbon, lemon and blackberry wine) as well as a mix of beers and ciders to choose from.

The Elysian Bar, which opened last fall, is housed inside a former Catholic church on Burgundy Street, in New Orleans’ Marigny district that’s downriver from the French Quarter and known for its abundance of jazz clubs and bars. It actually sits inside the Hotel Peter and Paul, and it offers guests a mix of both classic cocktails like Old Fashioneds along with a wine list that includes the perfect selection of red, rose and white wines. The list of the bar’s own special cocktails includes standouts like the C’est Chic (with campari, alessio bianco vermouth, hibiscus, lime, celery bitters and salt solution). 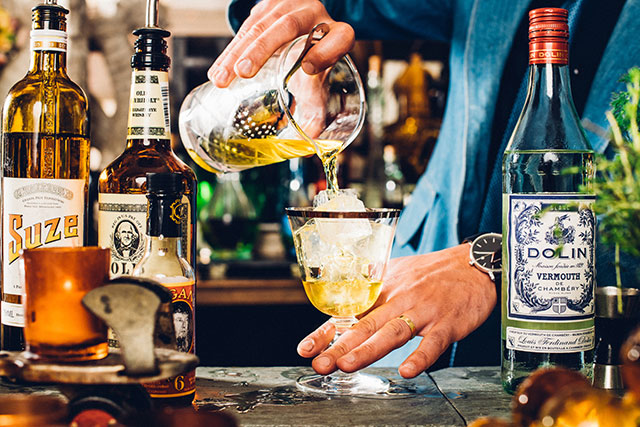 In the voodoo tradition, Loa are divine spirits. Here, the spirits in the glass are what make Loa, inside the International House Hotel downtown, such an inviting place to drink. The William Faulkner quote you’ll see throughout the place (“Civilization begins with distillation”) gives an idea of what you’re in store for here – the cocktails are practically obsessed over before being served. Cocktails like the “Delilah,” named after “one of the original Bible’s bad girls” which includes London dry gin, pineapple-balsamic, Thai basil and elderflower. “Spirit handler” Alan Walter – who makes dozens of syrups, tinctures and bitters on-site – is responsible for the drinks, all of which are served in a vintage glass from his personal collection.

Bar Marilou is an uber-buzzy new “French salon” focused on aperitifs in the new boutique hotel Maison de la Luz in the city’s Warehouse District. And suffice it to say if you love expertly crafted cocktails and all things Francais, this place will basically be paradise for you. Stuffed inside with books and an assortment of visual curiosities, there’s a romantic-yet-rebellious vibe to the whole experience here, with drinks that range from craft cocktails, natural wine and other French-inspired fare. Cocktails to try include The Holy Mountain (with frozen Suze, crème de cassis, and lemon) and the “Sea, Sex and Sun (with frozen rose wine, mezcal, agave, lime and absinthe salt).

Jewel of the South

A post shared by Jewel of the South (@jewelnola)

Jewel of the South sits on Saint Louis Street on the edge of the French Quarter, and it’s all about tradition. Here, the menu includes cocktails like the brandy crusta which also originated from right here in the Big Easy. It’s noteworthy for being the first cocktail to incorporate fresh citrus, and with its Remy 1738 Cognac, plus Pierre Ferand Curacao, maraschino liqueur, and Angostura bitters, it perfectly captures the spirit of classic New Orleans cocktails. And there’s plenty more to try on the adventurous yet classics-heavy menu, including the Barbadian Gin Punch, harkening back to 17th-century Barbados, and the La Belle de Jerez – which happens to have been one of the most popular drinks of the 19th century. 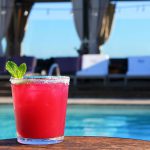 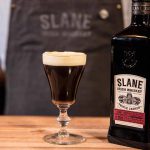