Whiskey Worth Knowing: American Whiskey On The Rise With Brown Forman

American Whiskey has been booming with double-digit sales growth for the past several years in the premium and ultra-premium categories with no signs of slowing. Even in these uncertain times, it projected to continue its growth across the next several years. As we explore the brands that have been driving a lot of this growth and popularity, we take a look at two iconic categories in American whiskey: Kentucky Bourbon and Tennessee Whiskey.

Some of the most recognizable names in American whiskey are Woodford Reserve, Old Forester and Jack Daniel’s.  These brands are owned by Brown-Forman, one of the largest American owned spirits companies in the world. Brown-Forman celebrated 150 years in 2020, and the first brand and the foundation of the company was Old Forester. Each of these three brands have also played important roles in how the culture of American whiskey has been embraced by the bar community.  So to all those looking to discover the originals or explore American whiskey’s latest craft innovations, there is no better time than right now.

With American whiskey getting a lot of love, we spoke with James Ashcraft, aka The Bourbon Enthusiast, who shared, “Premium American whiskey is more popular than ever thanks to enthusiasts who are seeking the next limited, well-aged release. Price seems to be of no consequence as long as the whiskey inside the bottle is rumored to be solid. Incredible variation in taste profiles among brands, increasing number of distilleries releasing special bottles, and ramped-up production across the industry—spell no end in sight for the ongoing “bourbon boom.” 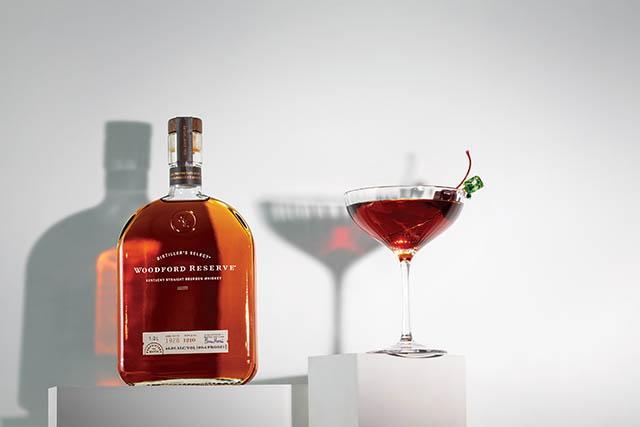 Woodford Reserve is a contemporary bourbon made in an old place. A place notable for its legacy of distilling the world’s best bourbon, for pure limestone-filtered water, and for a sense of natural beauty and peace. The art of making fine bourbon first took place on the site of the Woodford Reserve Distillery, a National Historic Landmark, in 1812. The perfectly balanced taste of the Kentucky Straight Bourbon Whiskey comprises more than 200 detectable flavor notes, from bold grain and wood to sweet aromatics, spice, and fruit and floral notes.

“Woodford Reserve was launched 24 years ago and founded on flavor. We wanted to create a modern bourbon that would appeal to the world’s palates — no matter if you are a Scotch or bourbon drinker, an Irish whiskey lover or a wine devotee. And, with over 200 flavor notes to discover in every sip, from chocolate to coconut to vanilla, Woodford Reserve is a spectacle for the senses.” 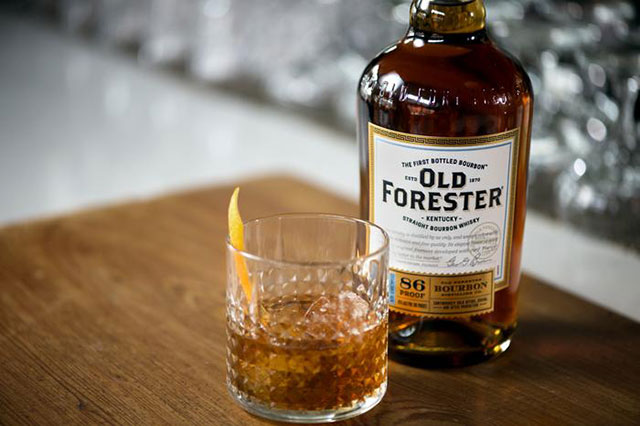 In 1870 a young pharmaceutical sales rep named George Garvin Brown understood that the medicinal whiskey industry had a problem.  In those days, it was commonly sold by the barrel and prior to reaching the consumer was subject to adulteration. “Basically, if it was brown and it had a bite, people called it whiskey even though they’d often cut it with some pretty foul stuff – iodine, tobacco spit, etc,” said Jackie Zykan, Old Forester Master Taster. Brown sold his whiskey, Old Forester, sealed in a glass bottle to ensure its quality and consistency, and ultimately changed the spirits industry forever as a result. It would be another 20 years before the industry made this practice a standard, but Old Forester had already solidified a reputation as “nothing better on the market.” Today, 150 years later, George Garvin Brown’s descendants still watch over the quality of Old Forester Kentucky Straight Bourbon. “With everything we do, every innovation we make, we always make sure that we honor George Garvin Brown and his industry-changing innovation by prioritizing quality and consistency above all else.” 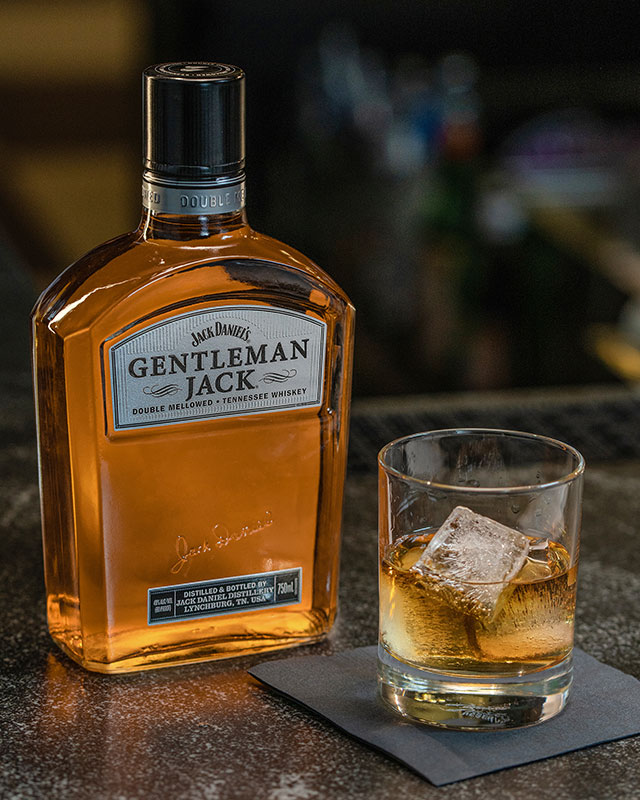 Charcoal mellowing is at the heart of what separates our Tennessee Whiskey from bourbons. Jack insisted that every drop of our whiskey should be slowly trickled through ten feet of sugar maple charcoal, a process that takes three to five days to complete. The charcoal acts as a filter, removing impurities and bitterness, mellowing the whiskey so its natural flavor shines. For Gentleman Jack, we introduce a second charcoal-mellowing process after maturation known as double mellowing, meant to hone the whiskey into a subtly-sophisticated offering. The result of this double-mellowing is the exceptionally smooth, well-balanced and refined whiskey of Gentleman Jack.

“Introduced in 1988, Gentleman Jack Double Mellowed Tennessee Whiskey is charcoal mellowed twice, once before and once again after the maturation process. The result is an exceptionally smooth whiskey with a rich, rewarding taste.”
-Chris Fletcher, Assistant Master Distiller 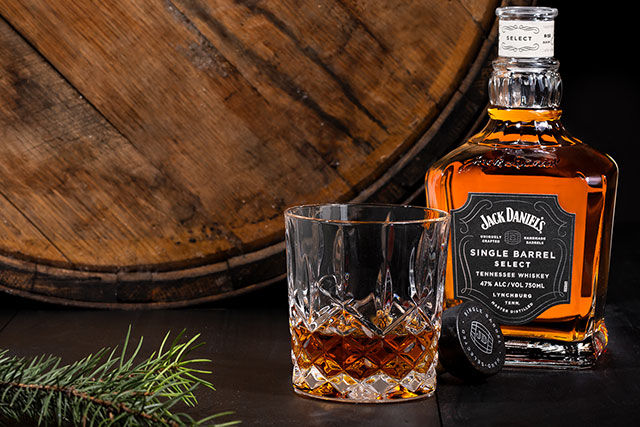 In Lynchburg, we discover a new Tennessee whiskey every day. That’s because every day we sample our barrels and find one that is unique enough for our Single Barrel collection. One may be sweeter. One might have more oak. But each is hand-selected for its own, singular take on our Tennessee Whiskey. Jack Daniel’s Single Barrel Select is selected from the highest reaches of the barrel house and bottled in the smallest of batches, just one barrel at a time, at 94 proof with robust, individualized character.

To learn more about the Brown-Forman whiskey portfolio, visit Brown-Forman.com and to purchase these bottles, visit Drizly HERE

jack Daniels kentucky bourbon Old Forester Sponsored Tennessee Whiskey Whiskey Woodford Reserve
Whiskey Worth Knowing: American Whiskey On The Rise With Brown Forman2020-09-182020-09-18https://thirstymag.com/wp-content/uploads/2016/04/thirsty-nyc-logo-1.pngthirsty.https://d2rf0detuhmti.cloudfront.net/wp-content/uploads/2020/09/wwk-image-featured.jpg200px200px
About
Tara Fougner
Co-Founder of thirsty, Tara Fougner has over over 15 years of industry experience and a passion for the global beverage community. One might think that Tara was destined for beverage media as her great-grandfather, G. Selmer Fougner, is credited by David Wondrich as being "America's First Drinks Writer." A lifelong New Yorker, you can usually find her hunkered down on some barstool around the world chatting up the bar crew about their beverage program and endlessly taking pictures of drinks for the 'gram. In 2020, Tara was honored by Drinks International on their 'Top 100 Most Influential In the World' List.