Long gone are the days when rum was only for long drinks at the beach or in the club; here to stay are elevated cocktails and pours of an island brown spirit finally in the spotlight. Rum, a spirit distilled from the sugar cane plant, is fruity, full-bodied, and aromatic when crafted expertly, carefully, and traditionally.

Despite this complexity and boldness, rum has for decades been consumed in less sophisticated drinks such as the rum and coke or frozen daiquiri.  With consumer tastes trending towards discernment, heritage, and craft, this island spirit is quickly becoming synonymous with sophistication and the premiumization of rum has finally arrived after years of whiskey and scotch taking the lion’s share.

“People are moving past the misconception that rum is a characterless mixer, and instead discovering that it’s the most flexible and diverse spirit in the world, with loads of applications both serious and fun,” says Martin Cate, rum expert and the owner and creator of Smuggler’s Cove in San Francisco.  “While the fun and mixability will always remain, it’s also encouraging to see more people embrace the sophisticated side of the spirit.”

Rum Is More Than Fun

The shaking up of rum’s simple party image has been a long time coming and seems to be led by a few factors.

“One is the increased availability of rums from long-established producers,” says Cate. “Either new expressions that speak more to the heritage of the distillery, or rarities being released that are directed to the enthusiast and collector market. The other great factor is the rise of American craft distilling and some really innovative producers in that area. Consumers are becoming increasingly comfortable with higher prices as well, which shows recognition and appreciation of the quality of great rums.”

Another major misconception that has plagued the category is that rum is supposed to be any one thing, coinciding with the notion that there are “no rules to rum.”

“There are actually a LOT of rules and laws surrounding rum, but we often lack the lens to accurately view how different rum is, globally,” says Mary Palac, who crafts cocktails at downtown San Jose’s Paper Plane. “The diversity of rum, how unique it is to each region it is produced, is so expansive, and so delicious, and too big and beautiful to fit into any one box.” 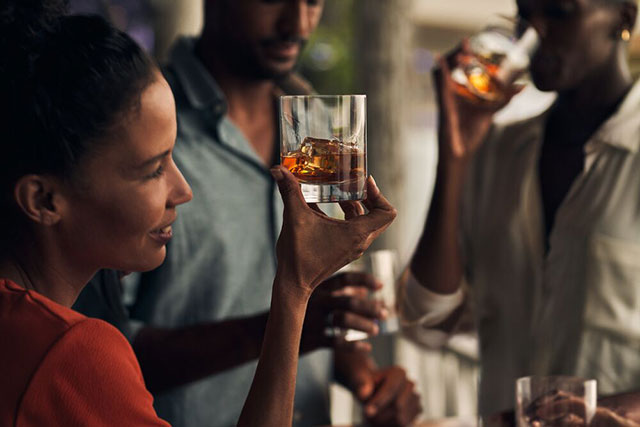 This, experts agree, is why rum should be treated – and enjoyed – just like other premium spirits.

“Whiskey does not have a worldwide definition as it is categorized by the country or region where it is made,” says Global Rum Ambassador Ian Burrell. “Many of these regions have strict guidelines as to what can be labeled as their whiskies i.e Scotch, Kentucky Bourbon, Irish Whiskey or Tennessee Whiskey. Rum also has appellations and geographical definitions where rules apply to what can be label a particular style of rum, i.e Jamaica, Madeira, Martinique and Cuba. But these local definitions are not respected in countries such as The USA or the EU. And until a consumer can form an informed ‘prejudicial’ opinion about a rum coming from a certain rum producing area, we will have an uphill battle to fight for authenticity, respect and true credibility within the spirits world.”

Rum On The Rise

In addition to gaining more respect, rum is also growing in popularity. According to Burrell, market research companies like Technavio, who have been monitoring the rum market show, it is poised to grow by 150.51 million liters from 2020 to 2024, progressing at a CAGR of about 2% during the forecast period. One of the contributing factors to this boost include the growing demand for exclusive flavors, taste and innovation.

“The most positive change I have seen in recent times is that consumers are trading up on the types of rum that they call for,” says Burrell. “They are also asking questions about the brands on offer like Where is it made? How old is it? Are there any adulterants added? As the consumer becomes more discerning, the rum companies are becoming more transparent.”

Cate agrees that while the growth may seem small, it hides the fact that within that statistic, there has been a significant rise in super-premium labels.

“People are drinking rum more thoughtfully, and recognizing the diversity and quality of the spirit places it alongside the finest whiskeys and brandies,” he says. 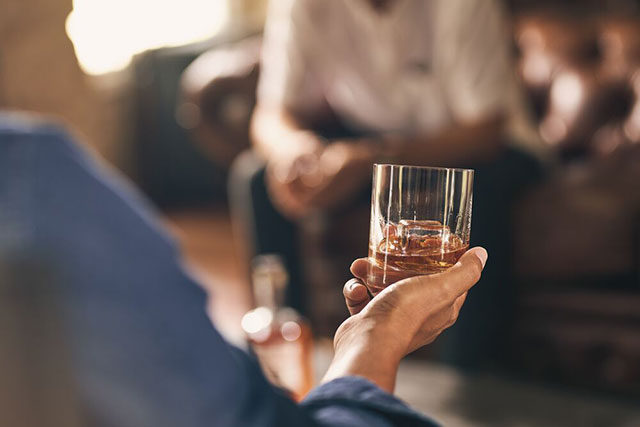 Mount Gay Barbados Rum is one brand that is really helping ramp up rum’s refined reputation. Ironically the world’s oldest running rum distillery, established in 1703 in Barbados, Mount Gay is at the forefront of rum’s upscale evolution.

“Mount Gay is one of my go-to rums when I want to teach consumers and bartenders around the world about a true Barbados styled rum,” says Burrell. “The fact that it is entirely tropically aged on the island, using local water in production and has authentic Barbadian heritage, means a customer can start to understand what a true Barbados rum is.”

Mount Gay is made up of four core blends; the Eclipse, Black Barrel, XO (the “extra old”), and the 1703 Master Select, a blend that varies from year to year. Recently, Mount Gay has refined its premium portfolio. The revamp is led by Master Blender Trudiann Branker, Mount Gay Rum’s – and Barbados’ – very first female master blender.

As part of the overhaul, the brand is committed to a greater level of transparency, providing an in-depth look into the brand and its rum. The new Mount Gay Black Barrel will be made with an older selection of rums, ranging from three to seven years old, (compared to its previous composition of two to seven-year-old rums) and will also include a higher amount of double-distilled pot still rums.

Black Barrel will still be finished in charred bourbon casks but the finishing period will be extended from four weeks to six months to better reflect Black Barrel’s “bold and robust” flavor. For the updated Mount Gay XO, Branker has created a more complex blend by using a “broader palette” of rums aged for five to 17 years in American Whiskey and Bourbon casks while the previous XO was aged from eight to 15 years. Branker will continue to develop limited editions with a new release of 1703 Master Select and a new Master Blender collection due out before the end of 2020.

“It’s great to see long-established producers roll out products that speak to the heritage of the brand, celebrate their techniques and equipment, and really showcase the tremendous variety that can be produced by one label,” says Cate. “For example, while Mount Gay will always have its mainstay Eclipse label to account for the bulk of sales, under the guidance of Branker, they have already created unique new offerings like a 100% pot still expression and higher proof bottlings that can appeal to the connoisseur as well.”

“I love seeing people love rum in new ways,” says Palac. “They are appreciating fine rums on ice or by themselves, or through bold and spirituous drinks, and enjoying the true character of the rum.

And as rum continues to have its moment, it’s important that those in the industry support and embrace the spirit’s evolution for the staying power it deserves.

“With premiumization comes the opportunity for education, for both the bartenders who would be pouring and selling those rums, and for consumers who are discovering a more mature side to rum,” says Palac. “And I also think that the growth of any brand should also mean the growth of the communities that built those brands, all the way down to the distillery workers, farms and people who are cutting the cane.

Mount Gay rum Rum Sponsored
Rum Is Getting The Respect It is Due And Experts Explain Why You Should Be Enjoying Rum2020-08-112020-08-12https://thirstymag.com/wp-content/uploads/2016/04/thirsty-nyc-logo-1.pngthirsty.https://thirstymag.com/wp-content/uploads/2020/07/mount-gay-photo-lifestyle-mount-gay-xo-pouring-1-featured.jpg200px200px
About
Ashley Parker

Top Stories From Around the Drinks World For August 7, 2020Features